Home / Buy A Book / Social Sciences / On Violence in the Work of J.H. Prynne

On Violence in the Work of J.H. Prynne 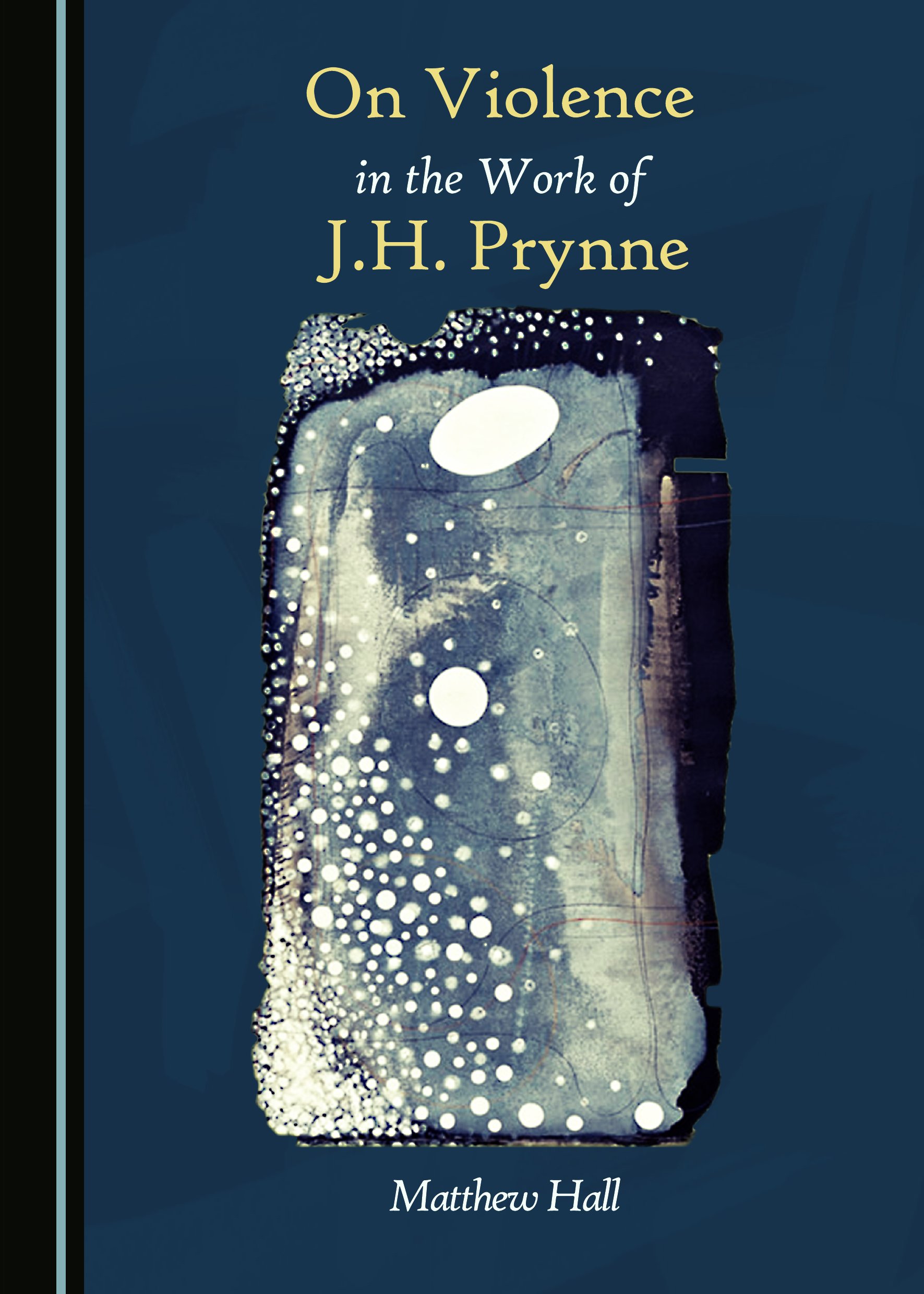 Hailed as a crucial study of J.H. Prynne’s poetry, Violence in the Work of J.H. Prynne provides an accessible and comprehensive analysis of one of the world’s leading figures of contemporary poetry. This indispensable resource analyses the nexus between Prynne’s evolving political thought and his linguistic innovation over a period of three decades. Never hesitant before the difficulty of Prynne’s poetry, Hall provides an acute and skilfully articulated argument which illuminates the complexity of Prynne’s most challenging volumes. In reinventing the methodologies by which contemporary poetry can be read, Hall synthesizes earlier critical work, providing a crucial pathway into Prynne’s work—full of new insights, new inventions, and new critical understandings.

Matthew Hall recently completed a PhD at the University of Western Australia. He has published extensively on the work of J.H. Prynne and British late-modern poetry and poetics. Hall is the author of numerous books of poetry, and is the long-standing feature editor of Cordite Poetry Review. He presently lives and teaches in Melbourne, Australia, where he is working on a monograph on the Indigenous poet Lionel Fogarty.

"Prynne’s ambition was ‘to establish relations not personally with the reader, but with the world and its layers of shifted but recognizable usage’. Matthew Hall’s first monograph, On Violence in the Work of J.H. Prynne, begins with this quotation (p. 1), and immediately moves into an extended chapter on Prynne’s elegy for Paul Celan. [...] That chapter considers the poem’s movement from grief to consolation in a pastoral mode criss-crossed by images of bodily harm and social violence, attempting, in Hall’s words, ‘to render through language the horror facing Holocaust victims, rather than to represent and comment upon this horror’ (p. 18). That subtle distinction is characteristic of Hall’s sensitive and inventive mode of reading Prynne’s exceptionally challenging poetry. On Violence in the Work of J.H. Prynne is perhaps the most valuable single book yet written on Prynne’s work, and the one which makes best headway with the accelerating strangeness of late works such as Acylic Tips [2002] and Refuse Collection [2004]."

"Matthew Hall’s analysis of those aspects of Prynne’s work that he selects for particular consideration in Violence in the Poetry of J.H. Prynne provides an outstandingly serious and articulate introduction to the intensely explorative, critical self-awareness of Prynne’s demanding but determined and sustained attempt to take on the whole problem of systematised human deformation and our related life on earth. Violence in the Poetry of J.H. Prynne also provides an appropriately searching and innovative example of the kinds of mode of analysis provided by a new, younger generation of interpreters of Prynne’s poetry [...] [I]t is to be hoped that this is by no means the last time that Matthew Hall will seek to contribute to our understanding of one of the most searchingly significant poets of our ‘post-War’ period, so far so-called."

"The way that Hall is able to be close to the linguistic ‘constriction’ and ‘censorship’ that Prynne represents is really the outstanding mark of this book. The concept of ‘survivors keeping watch over the annihilated’ expounded in the first chapter carries throughout. It is through this kind of attestation that language and, indeed, scholarship can do ethical work. [...] The book advances several distinct and significant contributions to Prynne scholarship. Being on a dramatically under-read poet, the book benefits from Hall’s deep historiographical research and its resultant new theoretical concepts. [...] On Violence in the Work of J.H. Prynne is a valuable addition to what should be described as an invigorated moment in Australian poetic criticism. Taking on the transnational, decolonising, and ecopoetical sensitivities of this moment, Hall turns alertly to a powerful poetic, and perhaps pioneering, proponent of this mode."

"The complexity of how to bear witness to extreme violence, the question of how to represent an experience of a distant suffering other is a continual preoccupation within Prynne’s poetics. This concern is brilliantly articulated in Matthew Hall’s recent study On Violence in the Work of J. H. Prynne (2015), where Hall works closely with the text to show how they interrogate the sites of major trauma and catastrophe within modernity."

"Violence in the Work of J.H. Prynne makes a forceful and sophisticated contribution to scholarship on J.H. Prynne. Following Badiou, Hall maps Prynne’s poetic of the event and its centrality to a resistant, radical lyricism that seeks to bear witness to the possibility of representation itself. Hall succeeds in demonstrating how Prynne’s poetry produces a special relationship between aesthetics and ethics, and, in doing so, he shows how the poetic itself might still be amidst the darkness."

"One of the most interesting and deeply engaging books about the work of J.H. Prynne to have appeared in recent years, this study of violence centres around a series of close textual readings in which a humane understanding of ‘wound’ (injury) and a subtle textual awareness of ‘wound’ (rhyming with sound) merge to offer insights into a world that is both politically acute and profoundly lyrical. This is a book about the subtleties of language through which we are compelled to recognise outrageous political action being presented as justified on the basis of self-defence, which in turn makes ‘entire violation natural’. As Matthew Hall says, Prynne’s poetics of resistance speaks and the ‘struggle to give voice to suffering defines both the poet and his work.’"
Ian Brinton
Editor of A Manner of Utterance: The Poetry of J.H. Prynne

"Matthew Hall has written a captivating book about the poetics of violence, about how violence operates within a poetic, about how a poetic communicates the effects wrought on it by violence. Whether explicitly trauma-related or engaging with a violence at once more subtle and elusive, Prynne’s poetry is shown by Hall to deny any singular definition of meaning, instead conceiving of texts as sites from which interpretations can be constantly created and recreated. This solicitation of continuous interpretive work, Hall’s study demonstrates compellingly, is a crucial gesture of Prynne’s poetics, which is purposefully construed as inassimilable within pre-established categories—critical just as social—and resistant toward paraphrase, formalisation, or systematisation."