Reconstructing Trauma and Meaning: Life Narratives of Survivors of Political Violence during Apartheid in South Africa 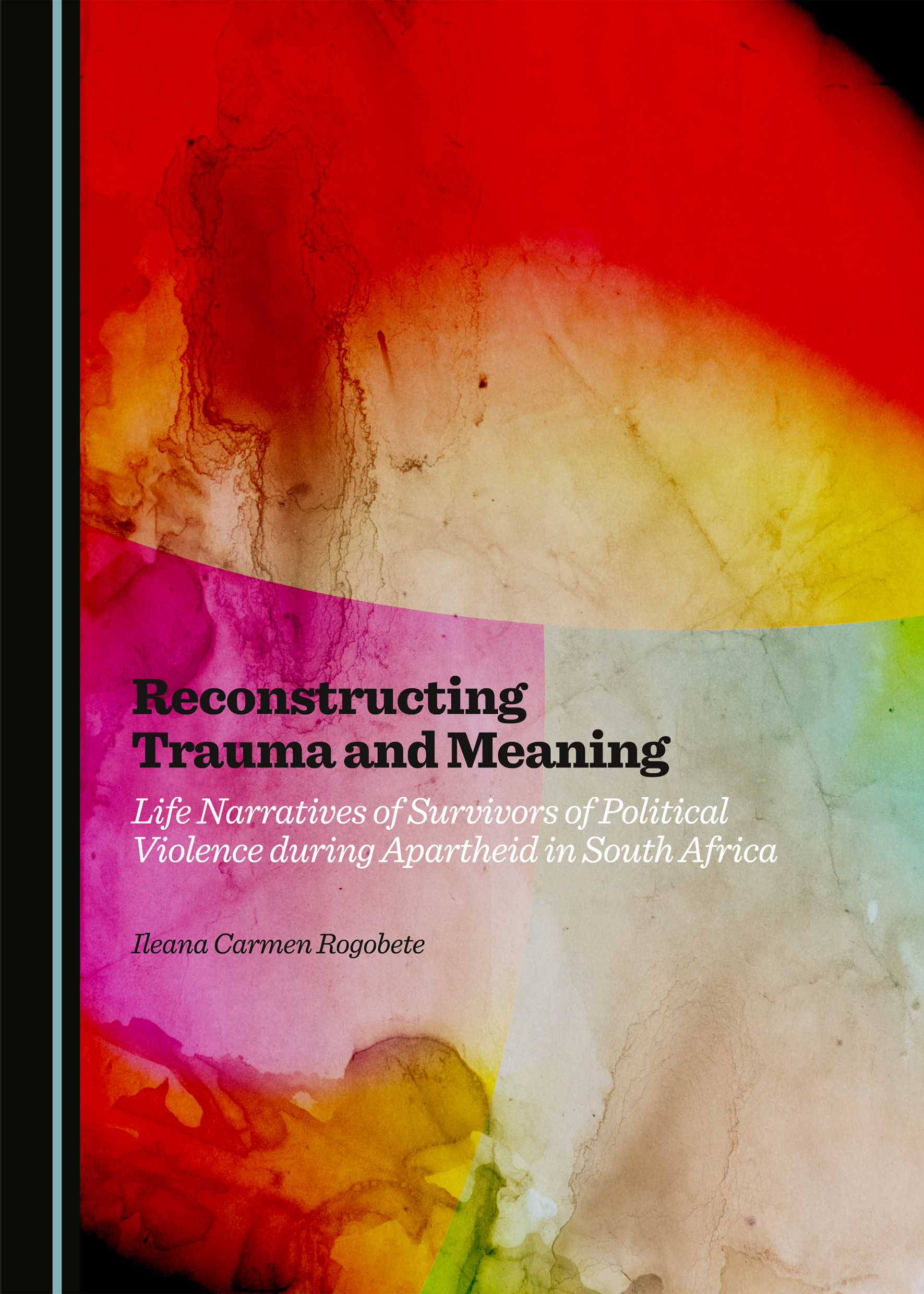 Repressive regimes, regardless of their nature and geographic location, have a destructive and dehumanizing effect on people’s lives. Oppression and political violence shatter victims’ identities, their relationships, communities and the meaning of their world as a safe and coherent place. However, while some people suffer traumatising long term effects, others become stronger and more resilient, able to rebuild their lives in the aftermath of tragedy. Reconstructing Trauma and Meaning is an invitation to revisit, bear witness and listen to the stories of suffering and healing of survivors of apartheid repression in South Africa. This work is an exploration of the life trajectories of former victims of gross human rights violations during apartheid and their creative ways of reconstructing meaning after trauma. Their life narratives, shaped by social, political and cultural realities, are a valuable contribution to the collective memory of the nation, as an intrinsic part of the continuous process of reconciliation and transformation in South Africa.

Ileana Carmen Rogobete is a licensed psychologist and psychotherapist, Director of the Areopagus Institute of Family Therapy and Systemic Practice, and Associate Lecturer at the West University of Timisoara, Romania. She received her PhD in Psychology from the University of Cape Town.

“This is an impressive piece of work. The author shows that she mastered the various discourses that infuse and inflect her task, and has presented them largely, elegantly and precisely. She has indeed given voice to her subjects. She has made good use of a broad-ranging scholarship. I would see this study as a telling addition to the psychology-influenced post-apartheid literature, bringing with it a breadth and sophistication lacking in some of that literature.”
Derek Summerfield
Principal Psychiatrist, Institute of Psychiatry, King’s College London

“Coming out of traumatic events, rebuilding meaning, and rescuing unsettling memories are challenging components of our lives and, on average, the human being is capable of doing this successfully and somehow naturally. However, perspectives are quite different when trauma is not the result of random events, but part of the political agenda, programmatically unfolding over extended periods of time. Life in the twentieth century, both individual and collective, was shattered by some of history’s most atrocious forms of political violence. Triggered by her personal experience under the totalitarian communist regime of Romania, Ileana Rogobete’s illuminating work on reconstructing meaning after political trauma in post-apartheid South Africa is not only an academically enriching project, but a personal engagement with the dilemmas involved in any healing process. Having written myself extensively on history, justice, and remembrance, I recommend her work most strongly to anyone interested in understanding the complexity of human existence in the aftermath of immensely violent times.”
Vladimir Tismaneanu
Professor of Politics, University of Maryland (College Park)

“This book is about those who suffered most in the apartheid years. It exposes us to a level of trauma that stays with victims and survivors—often ignored in the rush to promote nation-building and reconciliation in what is too easily referred to as a ‘post conflict’ society. Ileana Rogobete’s thoughtful work includes lessons for societies across the globe.”
Charles Villa-Vicencio
Former National Research Director in the South African Truth and Reconciliation Commission; Visiting Professor in the Conflict Resolution Progam, Georgetown University, Washington DC