Home / Buy A Book / Social Sciences / 'Intimately Associated for Many Years': George K. A. Bell’s and Willem A. Visser 't Hooft's Common Life-Work in the Service of the Church Universal – Mirrored in their Correspondence (Part One 1938-1949)

'Intimately Associated for Many Years': George K. A. Bell’s and Willem A. Visser 't Hooft's Common Life-Work in the Service of the Church Universal – Mirrored in their Correspondence (Part One 1938-1949) 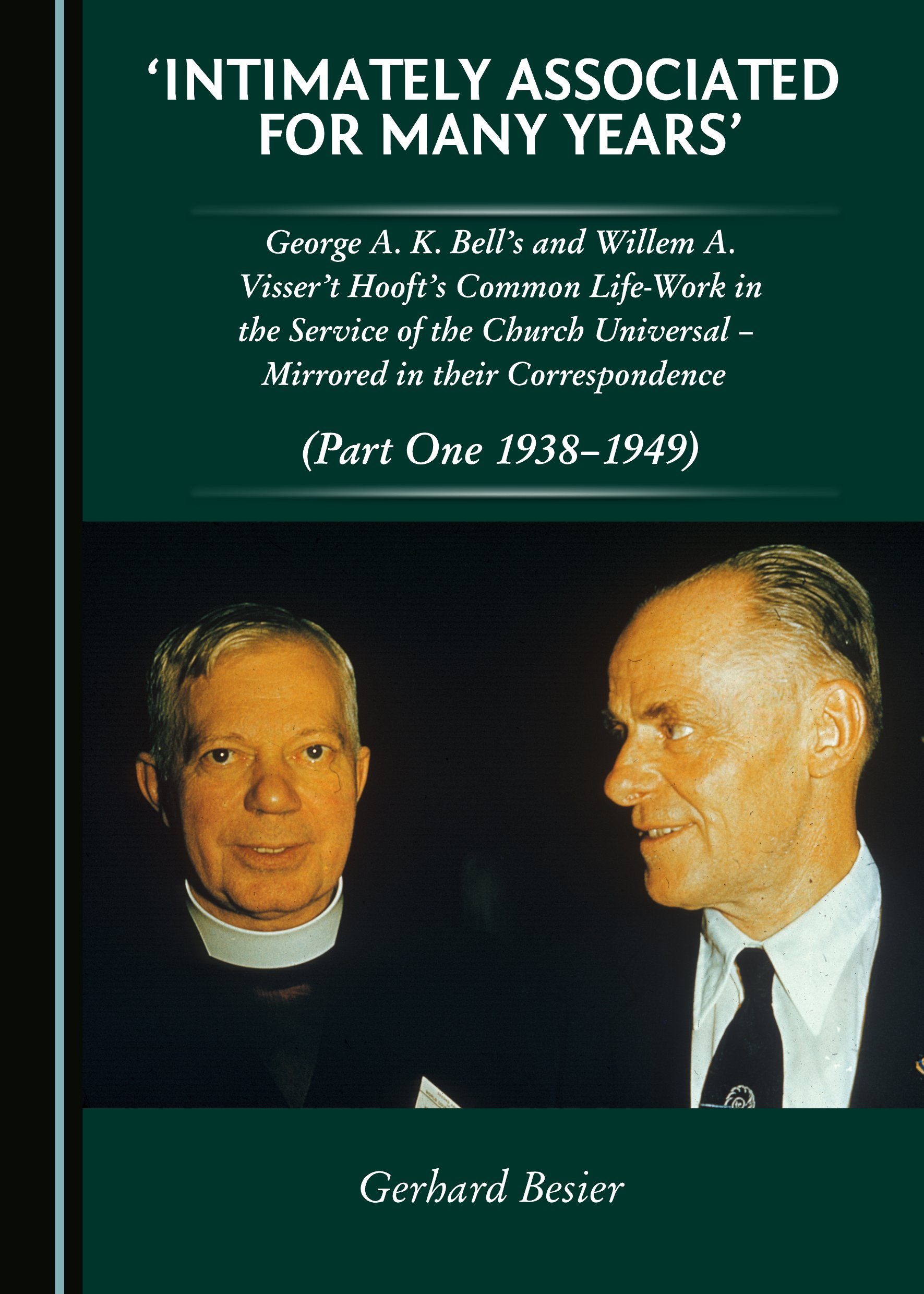 The Anglican Bishop George Bell (of Chichester) and the General Secretary of the World Council of Churches, Willem A. Visser’t Hooft (of Geneva) exchanged hundreds of letters between 1938 and 1958. The correspondence, reproduced and commented upon here, mirrors the efforts made across the ecumenical movement to unite the Christian churches and also to come to terms with an age of international crisis and conflict. In these first decades of the World Council, it was widely felt that the Church could make a noteworthy contribution to the mitigation of political tensions all over the world. That’s why Bell and Visser’t Hooft talked not only to bishops and the clergy, but also to the prime ministers and presidents of many countries. They raised their voices in memoranda and published their public letters in important newspapers. This was the World Council’s most successful period.

Gerhard Besier is a historian (PhD), theologian (DD) and psychologist (Diploma). In 2009, he received an honorary doctorate from the University of Lund, Sweden. He has held chairs in Contemporary (Church) History at the Universities of Berlin, Heidelberg and Dresden, is currently Director of the Sigmund Neumann Institute, and teaches at Stanford University. His book The Holy See and Hitler's Germany was published by Palgrave in 2007. This was followed in 2013 by European Dictatorships: A comparative history of the twentieth century (Cambridge Scholars Publishing), co-edited with Katarzyna Stoklosa, and then by Neither Good Nor Bad. Why Human Beings Behave How They Do (Cambridge Scholars Publishing, 2014).

"[T]he value of these exchanges is that they fill in the details of the frequent consultations between these church leaders. In particular, they provide information about how the two men dealt with the three principal obstacles they faced in these years. The first was the fear expressed by many churchmen that this new World Council would evolve into a vast ecumenical enterprise which would swallow up the individual entities in some sort of super-church. The second fear, expressed by many more Orthodox leaders, was that this new World Council would produce a new doctrine of Christianity which would override the traditions and individual heritages of these Protestant or Orthodox churches. The third obstacle was the refusal of the largest Christian body, the Roman Catholic Church, to be associated in any way with this new venture."

"Gerhard Besier has done a tremendous job in supplying a commentary on the extensive correspondence between the English Anglican Bishop George Bell and the General Secretary of the World Council of Churches, Willem A. Visser't Hooft between 1938-1958. The work is a significant addition to the source material for the history of the ecumenical movement."

"The reader can find interesting exchanges on the questions that Western Christians were asking themselves at the time: the future of Jews in Europe, the attitude to adopt towards the Russian Orthodox Church, and communism. Some letters provide evidence of established contact with Catholic officials, often with regard to the fledgling WCC. But other letters report on ecumenical matters that might hardly be believed to be possible at the time."