Home / Buy A Book / Social Sciences / Debating with the Eumenides: Aspects of the Reception of Greek Tragedy in Modern Greece

Debating with the Eumenides: Aspects of the Reception of Greek Tragedy in Modern Greece 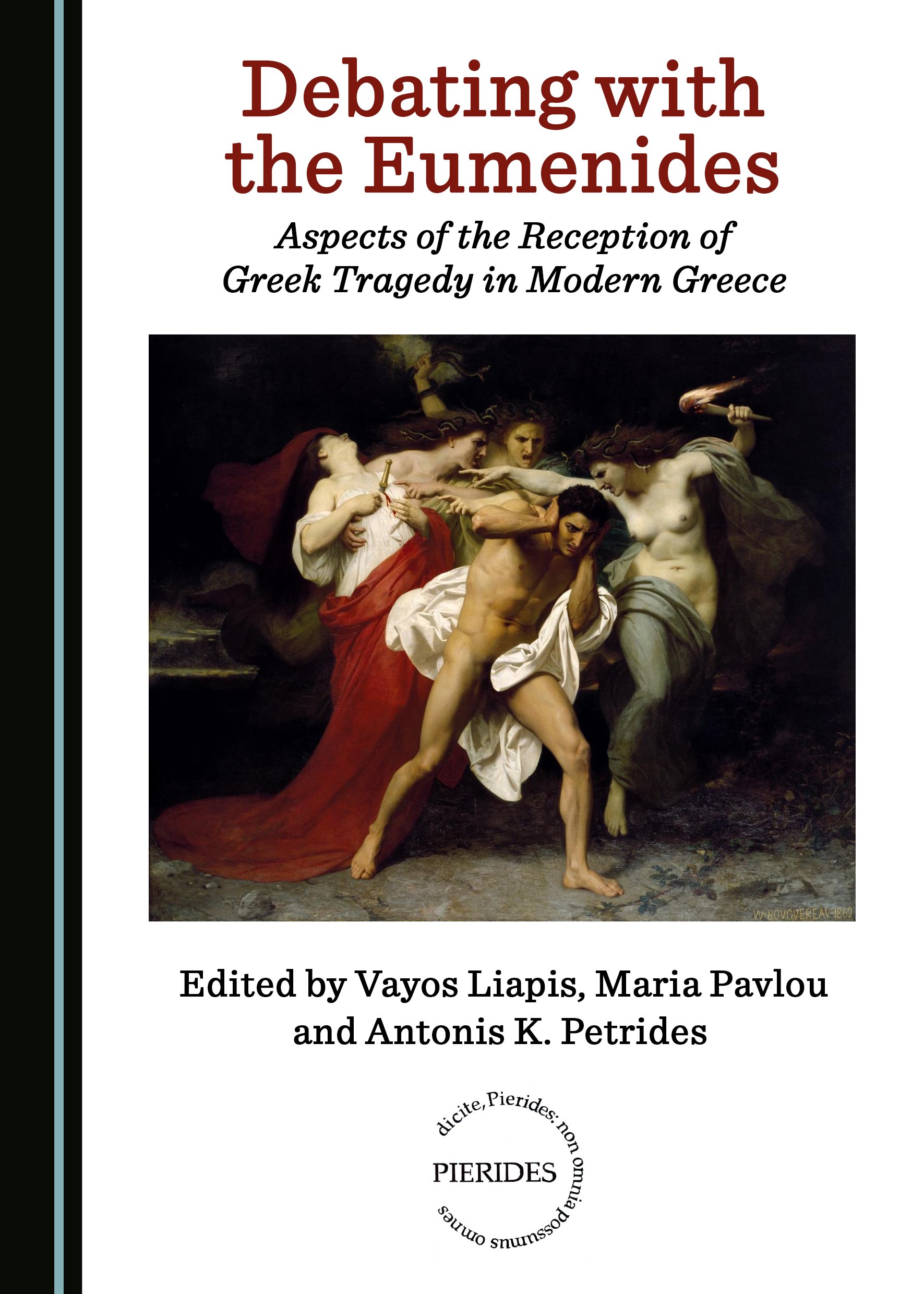 Modern Greek national and cultural identities consist, to a considerable extent, of clusters of cultural memory, shaped by an ongoing dialogue with the classical past. Within this dialogue between modern Greece and classical antiquity, Greek tragedy takes pride of place. In this volume, ten scholars from Cyprus, Greece, the United Kingdom and the United States explore the various ways in which Greek tragedy and tragic myth have been reimagined and rewritten in modern Greek drama and poetry. The book’s extensive coverage includes major modern Greek authors, such as Cavafy, Seferis, and Ritsos, as well as less well-known, but equally rich and rewarding, 20th- and 21st-century texts.

Vayos Liapis is Professor of Theatre Studies at the Open University of Cyprus. His main areas of interest are Greek tragedy of the 5th and 4th centuries BC and the modern reception of Greek tragedy. His latest book is A Commentary on the Rhesus Attributed to Euripides (2012), and his latest co-edited volume is Performance in Greek and Roman Theatre (2013). He is currently writing a commentary on Aeschylus’ Seven against Thebes, and co-editing Greek Tragedy after the Fifth Century (with A. K. Petrides) and Adapting Greek Tragedy (with A. Sidiropoulou).

Maria Pavlou is an Adjunct Lecturer at the University of Cyprus and the Open University of Cyprus. Her main areas of interest are archaic lyric poetry, Plato, digital classics, and modern reception of Greek tragedy. She has published works on several Greek authors, including Pindar, Thucydides, Plato, Yannis Ritsos and Iakovos Kambanellis. She is currently co-editing Framing the Dialogues: How to Read Openings and Closures in Plato (with A. Tsakmakis and E. Kaklamanou).

Antonis K. Petrides is Associate Professor of Classics at the Open University of Cyprus, and his main area of interest is Ancient Greek drama and its modern reception. He is the author of Menander, New Comedy and the Visual (2014), and co-editor of New Perspectives on Postclassical Comedy (with Sophia Papaioannou, 2010) and Greek Tragedy after the Fifth Century, forthcoming (with V. Liapis, 2018). He is currently preparing a new edition and commentary of Menander’s Dyskolos.

"The editors need to be commended for bringing this important collection to completion. I found all of the chapters of interest, and overall they very much support Hardwick's adoption of Tziovas’ observation that with the reception of Greco-Roman antiquity in modern Greece, it is impossible not to take into account other mediating (Byzantine, Ottoman and western European) cultural/political referents."

"[The] book provides a thoughtful discussion of both sets of problems. Moreover, it highlights that, regarding poetry and theatre, any discussion related to one set of problems spans, or at least calls for consideration of, the other. For, as most contributions show, it is, in fact, the dialogues, polyphonic conversations and other multidirectional possibilities, via which Greek tragedy and the tragic myth are referred to and transformed, that not only allow for but even demand a transformation of national and cultural identities without prescribing or imposing a particular version. The book deserves a wide readership of all those who have an interest in the two fields."