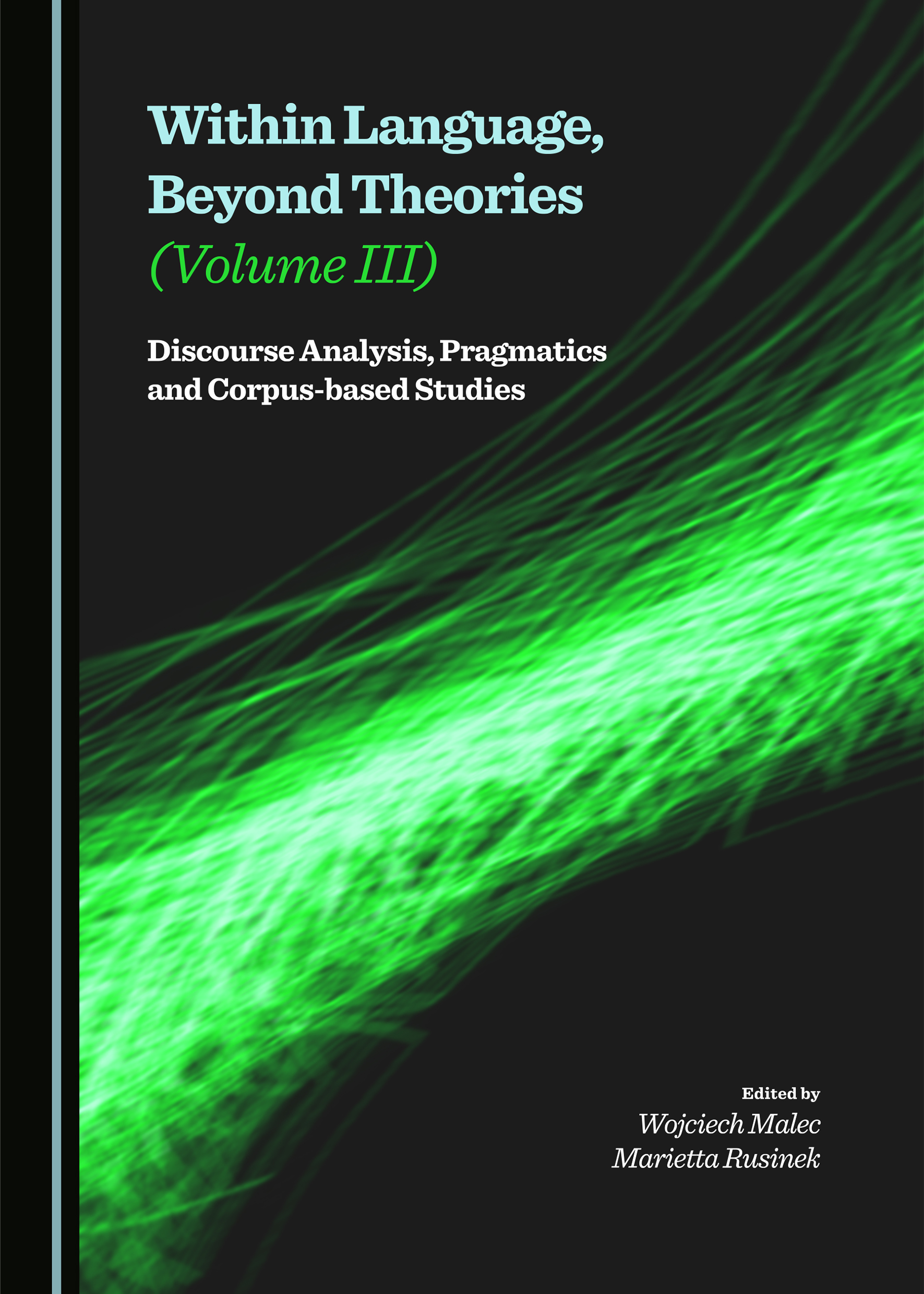 This is the third volume in the series Within Language, Beyond Theories, which focuses on current linguistic research that surpasses the limits of contemporary theoretical frameworks in order to gain new insights into the structure of the language system and to offer more explanatorily adequate accounts of linguistic phenomena taken from a number of the world’s languages.

This book offers a collection of fourteen chapters organized into three parts and serves as a vehicle for the survey of new voices in discourse analysis, pragmatics and corpus-based studies. Part I addresses a panorama of topics related to different discourse types, such as talk show discourse, multimodal discourse, and everyday spoken discourse, as well as written academic discourse. Part II covers a range of highly controversial issues in pragmatics, including the status of ad-hoc concepts, linguistically encoded meaning, explicit content, and the lexicographic treatment of modality. Part III encompasses chapters which offer an overview of some of the recent phenomena covered in the area of corpus-based research, including the semantic functions of the temporal meanings of selected prepositions; the diffusion of gerundive complements; the institutionalization and de-institutionalization of neologisms; contextual factors in the placement of the adverb “well”; the behaviour of the verb “bake” in copular constructions; the syntactic flexibility of English idioms and their thematic composition; tendencies in the formation of nouns in tabloids; and the application of cluster analysis to the categorization of linguistic data.

Drawing on recent advances in discourse analysis, pragmatics and corpus-based studies, the majority of the issues discussed here are approached and investigated from a dual perspective. While on the theoretical side, an array of different theoretical models is surveyed, in the analytical parts, the practical applications of the models examined are tested against data from English (both British and American), Estonian and Polish. The wide range of theoretical and empirical issues discussed in this book will help to provoke further academic discussion on the study of language in the areas of discourse analysis, pragmatics, and corpus-based research.

Wojciech Malec is Assistant Professor in the Department of ELT Typhlomethodology and Alternative Communication at the John Paul II Catholic University of Lublin, Poland. His primary research interests are language assessment in general and web-based test development in particular. He is the developer of WebClass, an online learning management system.

Marietta Rusinek is a PhD candidate in the Department of Applied Linguistics at the John Paul II Catholic University of Lublin, Poland. Her main research interests include cognitive linguistics, semantics, and cognitive semiotics. She was the initiator, and is one of the organisers, of the series of international conferences “Linguistics Beyond and Within”.