The Lodger by Marie Belloc Lowndes 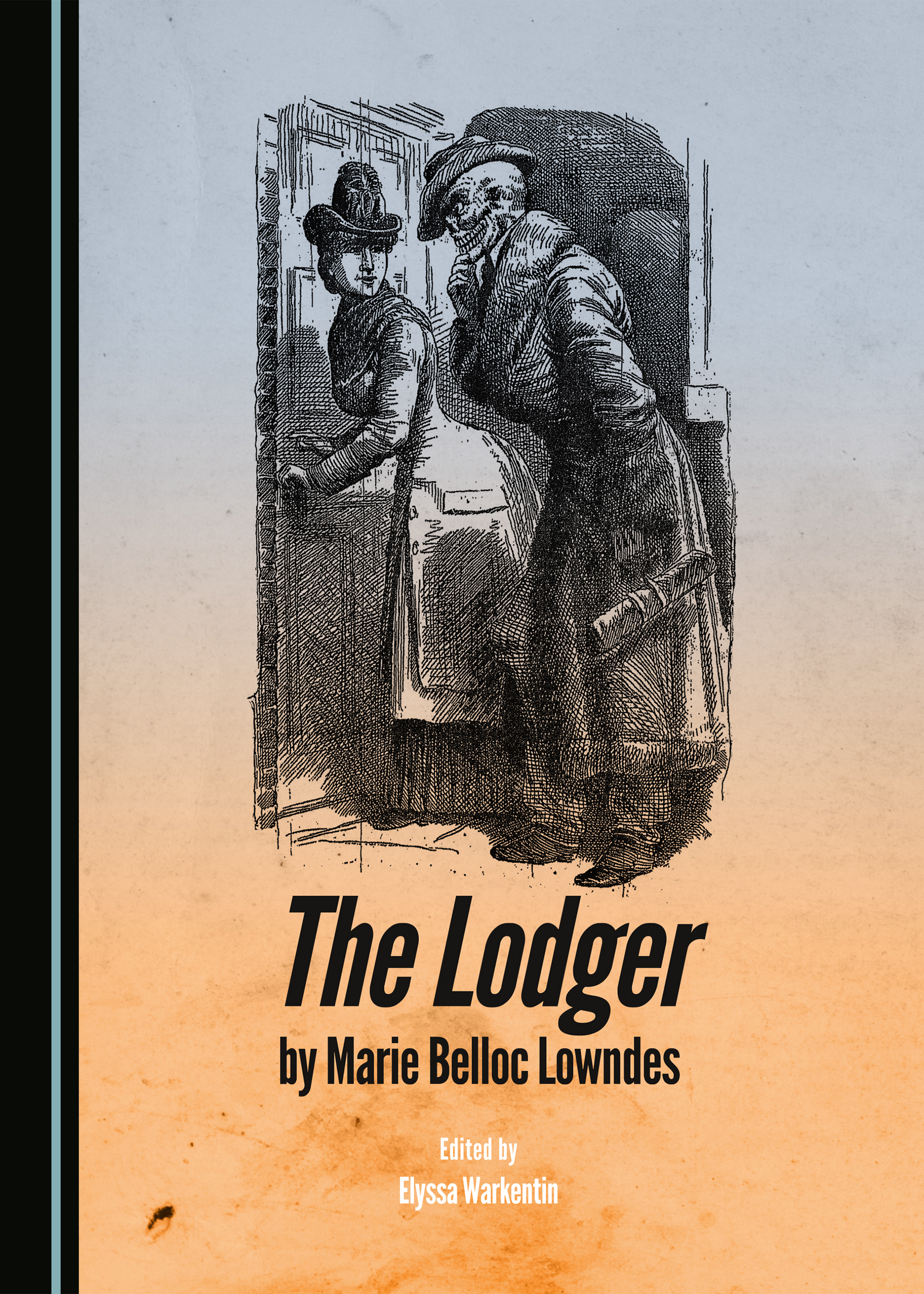 Out of the London fog, a mysterious stranger arrives on the Buntings’ doorstep seeking lodgings and a kindly ear – but a horrifying secret lurks behind his gentlemanly façade. Can Mrs Bunting uncover the true nature of his strange obsessions and avert looming disaster for her family? Marie Belloc Lowndes’s psychological thriller The Lodger (1913) was the first novelization of the infamous and still-unsolved “Jack the Ripper” murders of 1888. The novel transformed a sordid story of the London streets into a taut domestic tale of conflicted motivations, uncertain loyalty, and slow-burning terror. Lowndes, a contemporary – and rival – of Agatha Christie, adopted and subverted the detective fiction genre in order to explore women’s roles within the family and within larger society in ways that still resonate strongly today.

This scholarly edition revives a pivotal text by an undervalued late-Victorian and early twentieth-century author, and adds to our understanding of that transformational literary period. This edition brings together, for the first time, Lowndes’ 1913 novel and the 1911 short story upon which it was based, providing new transcriptions of the texts alongside facsimiles of Henry Raleigh’s original illustrations. A critical introduction offers historical, thematic, and biographical context drawn from new archival research, as well as an exhaustive bibliography of Lowndes’s published work.

Elyssa Warkentin holds a PhD from the University of Alberta. She studies late-Victorian crime fiction, particularly stories by and about women. She has lived and taught in England, Turkey, and Qatar, and is currently a Research Facilitator at the University of Manitoba, Canada.

"The Lodger still has the power to chill. It is a novel that deals primarily in suspicion and dread and unease. Perhaps like me, you‘ll welcome the opportunity to chuck out the old dog-eared paperback and replace it with this deluxe new volume from Cambridge Scholars. Editor Elyssa Warkentin has done a great job in re-introducing this early twentieth-century classic to scholarly and general public attention."

"This new edition of Marie Belloc Lowndes’s The Lodger revives an important work in the history of women’s literature and detective fiction. Featuring an amateur female detective and a character inspired by Jack the Ripper, this early twentieth-century classic is sure to be of keen interest to both scholars and general readers. In her illuminating critical introduction, editor Elyssa Warkentin situates the novel within compelling literary and cultural contexts, highlighting its engagement with issues of gender, crime, and social class. She also provides welcome attention to Lowndes herself – a prolific author of bestsellers whose work deserves recognition and appreciation in our own time."

"Marie Belloc Lowndes’ 1913 novel The Lodger has been too long out of print. Among the first fictions to be based on the Whitechapel murders, The Lodger is an important document in the history of cultural responses and in particular women’s responses to the figure of Jack the Ripper. Dr Elyssa Warkentin’s new edition brings this compelling work back into circulation and the figure of Lowndes to new critical attention."