'Disciples of Flora': Gardens in History and Culture 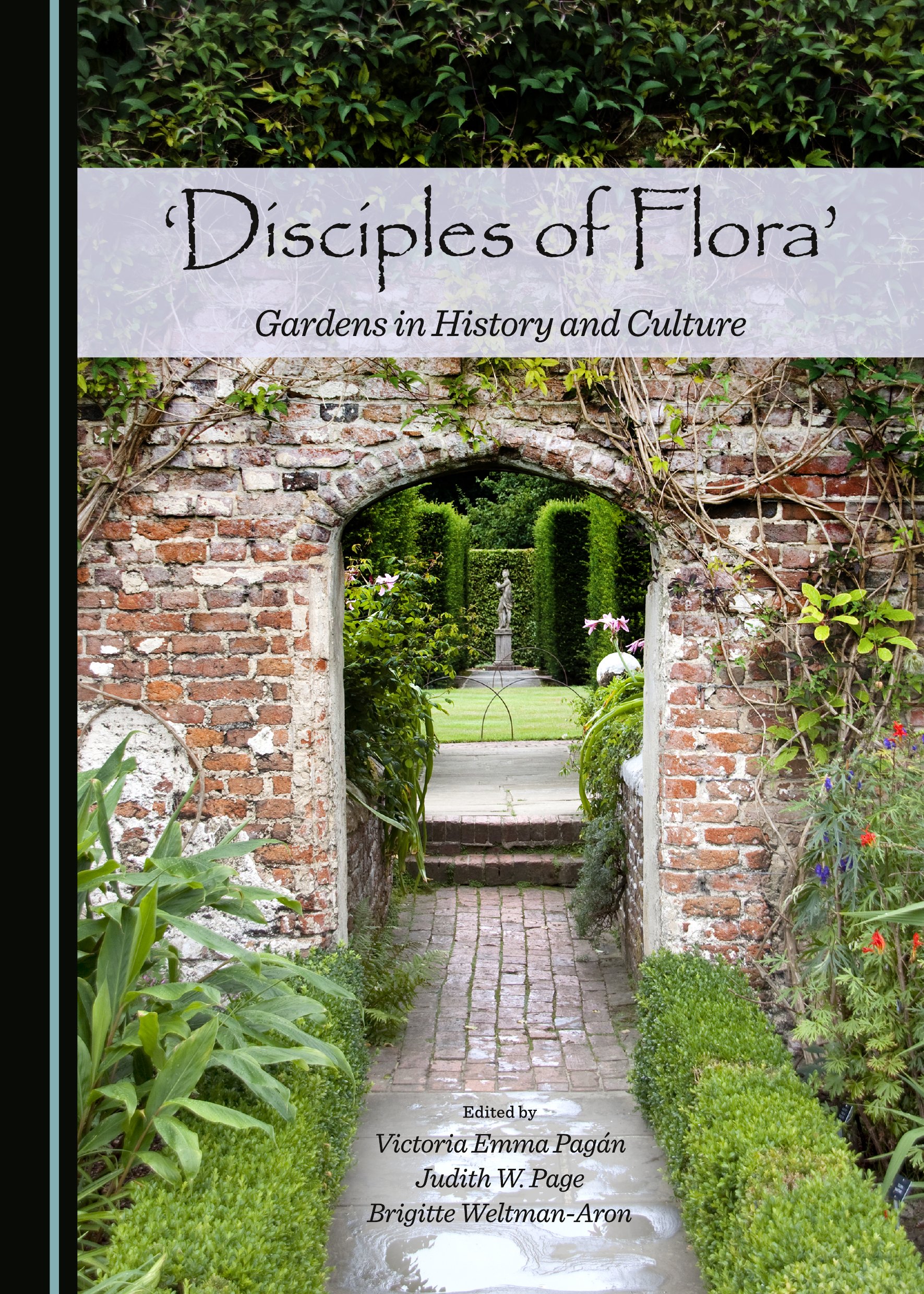 ‘Disciples of Flora’ explores, through a variety of approaches, disciplines, and historical periods, the place and vitality of gardens as cultural objects, repositories of meaning, and sites for the construction of identity and subjectivity; gardens being an eminent locus where culture and nature meet.

This collection of essays contributes to a revision of histories of gardens by broadening the scope of scholarly inquiry to include a long history from ancient Rome to the present, in which contesting memories delineate new apprehensions of topography and space. The contributors draw attention to alternative landscapes or gardening practices, while recalling the ways in which spaces have been invested with an affective dimension that has itself been historicized.

The three editors of this volume teach at the University of Florida, where Victoria Emma Pagán is Professor of Classics, Judith W. Page is Professor of English, and Brigitte Weltman-Aron is Associate Professor of French. Their research areas include landscape gardening theories and practices across the ages, and their books on these topics include Rome and the Literature of Gardens (Pagán, 2006), Women, Literature, and the Domesticated Landscape (Judith W. Page and Elise Smith 2011, 2014 [paperback]), and On Other Grounds: Landscape Gardening and Nationalism in Eighteenth-Century England and France (Weltman-Aron, 2001).

"A truly outstanding collection of essays, each one a gem in its own right. This book opens magnificent and enlightening vistas on the cultural, social, and intellectual history of gardens, showing us the extent to which their cultivation defines human culture in its immense variety of manifestations."

"Although an apparently eclectic collection of conference papers, these proceedings certainly do emphasize the vitality of the garden as a cultural site in which ideas are articulated. The editors’ introduction outlines their gendered and conceptual intentions, and establishes a contextual framework for the papers. The variety of subjects addressed and the authors’ analyses of them are both insightful and stimulating, so that this book is a welcome addition to garden history."

"The editors of this book teach, respectively, Classics, English and French in the United States - and a big hurrah for their interdisciplinary approach. [...] [T]he content is accessible and well worth reading. Subjects include how women became accepted as professional gardeners, the MuseoParc on the site of the battle of Alesia, the portrayal of Marie-Antoinette in the garden of the Petit Trianon, and the afterlife of Little Sparta."

"From a philosophical and critical point of view, this collection of essays under review is a series of case studies that, despite the different approaches that each one adopts, successfully converge on the perception and theorisation of the space of the garden as a real and textual/visual place that must be read and interpreted as part of the natural world, even if it is inseparably linked to varying social trends, aesthetic appearances and ideological practices - cultural trends, in short - which have changed over time and geographic space, but which remain constant as an expression and aspiration of our world."

"Disciples of Flora comprises a series of meditations on what is arguably the most resonant of cultural spaces, the garden. The work relies on deftly grouped, engaging case studies to explore the wide spectrum of meanings that individual gardens can possess and to examine the intentions of their creators. One dominant organizational theme is ‘gender’ and the elastic paradox of an historically feminized, fertile earth that was traditionally shaped and tended by a male gardener. A second area of emphasis is the conceptual framework of diverse garden enterprises ranging from the little-known garden of Louise du Pont Crowninshield at what is now the Hagley Estate in Delaware to Ian Hamilton Finlay's renowned Little Sparta in Scotland. In sum, this work constitutes a unique and valuable contribution to the growing literature on the inextricable bond between humanity and nature."