Origins of the Alphabet: Proceedings of the First Polis Institute Interdisciplinary Conference 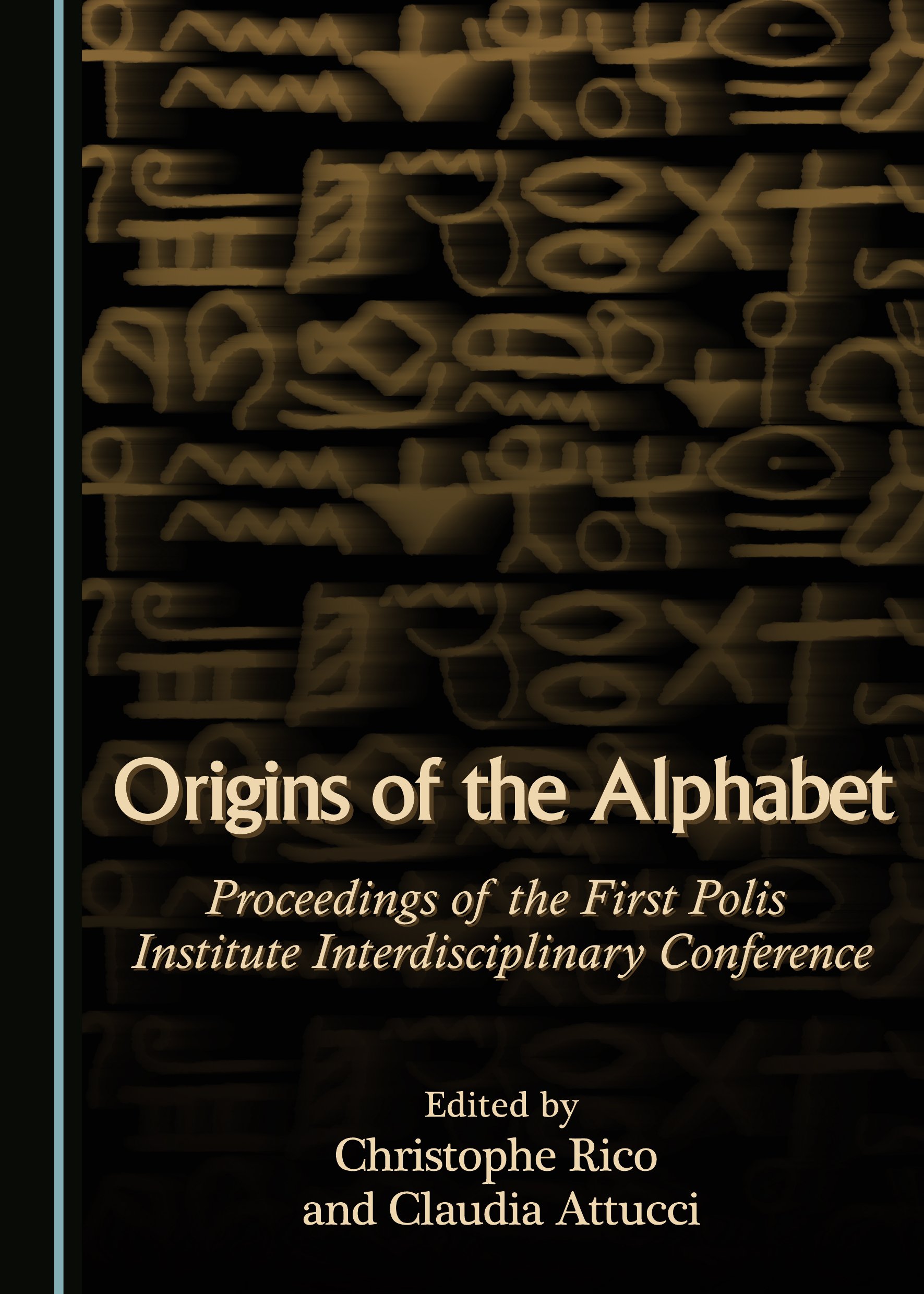 Despite the fact that writing has arisen independently many times in various different regions of the world, including Egypt, Sumer, China, and Mexico, the concept of the alphabet was invented only once, somewhere between Egypt and Phoenicia, with all known alphabets going back to this single source. While it is possible, up to a certain point, for scholars to provide an answer as to how the alphabet came about, it is much more difficult to understand the cause of its origin: why did it come about? In February 2013 Polis – the Jerusalem Institute of Languages and Humanities invited some of the leading experts studying the origins of the alphabet to Jerusalem for an interdisciplinary debate on this topic. Although the birth of the alphabet has been the subject of numerous international conferences and symposia, studies offering a linguistic, sociological or psychological perspective on the development of writing are extremely rare. This volume, bringing together the proceedings of this conference, shows that a broad consensus is emerging concerning the main factors and circumstances that surrounded the birth of the alphabet, accounting for such facets as the date of the first-known alphabetic inscriptions, the cultures involved in its invention, and the influence of the linguistic structure of the language spoken by the inventors.

Christophe Rico received his PhD in Greek Linguistics from the Sorbonne University in 1992, and his Habilitation à Diriger des Recherches from Strasbourg University in 2012. He currently belongs to the Faculty of the University of Strasbourg, and teaches ancient Greek and linguistics at the École Biblique et Archéologique Française de Jérusalem and the Polis Institute (www.polisjerusalem.org), a school of Classical and Semitic languages spoken as living ones in order to enable students to read and understand texts fluently, where he serves as Director and Chair of Greek. His publications include La Mère de l’Enfant-Roi – Isaïe 7,14 (2013) and Polis – Speaking ancient Greek as a living language (2015), which has also been published in French (2009), Italian (2010) and German (2011). He has authored some forty scholarly articles treating Indo-European languages, general linguistics, translation theory, hermeneutics and Koine Greek.

Claudia Attucci is a PhD candidate in Egyptology at the Sorbonne University and in a joint supervision program with the University of Florence, having spent many years studying in Paris at the Collège de France and the École Pratique des Hautes Études (EPHE). In 2008, she won the Prix Vandier in the Académie des Inscriptions et Belles Lettres de Paris, and in 2011/12 and 2012/13, in the same institution, she obtained research grants to spend two years at the École Biblique et Archéologique de Jérusalem where she earned the title of “Élève Titulaire”. She is now working on Semitic toponymy in Egyptian literature.