T. S. Eliot, France, and the Mind of Europe 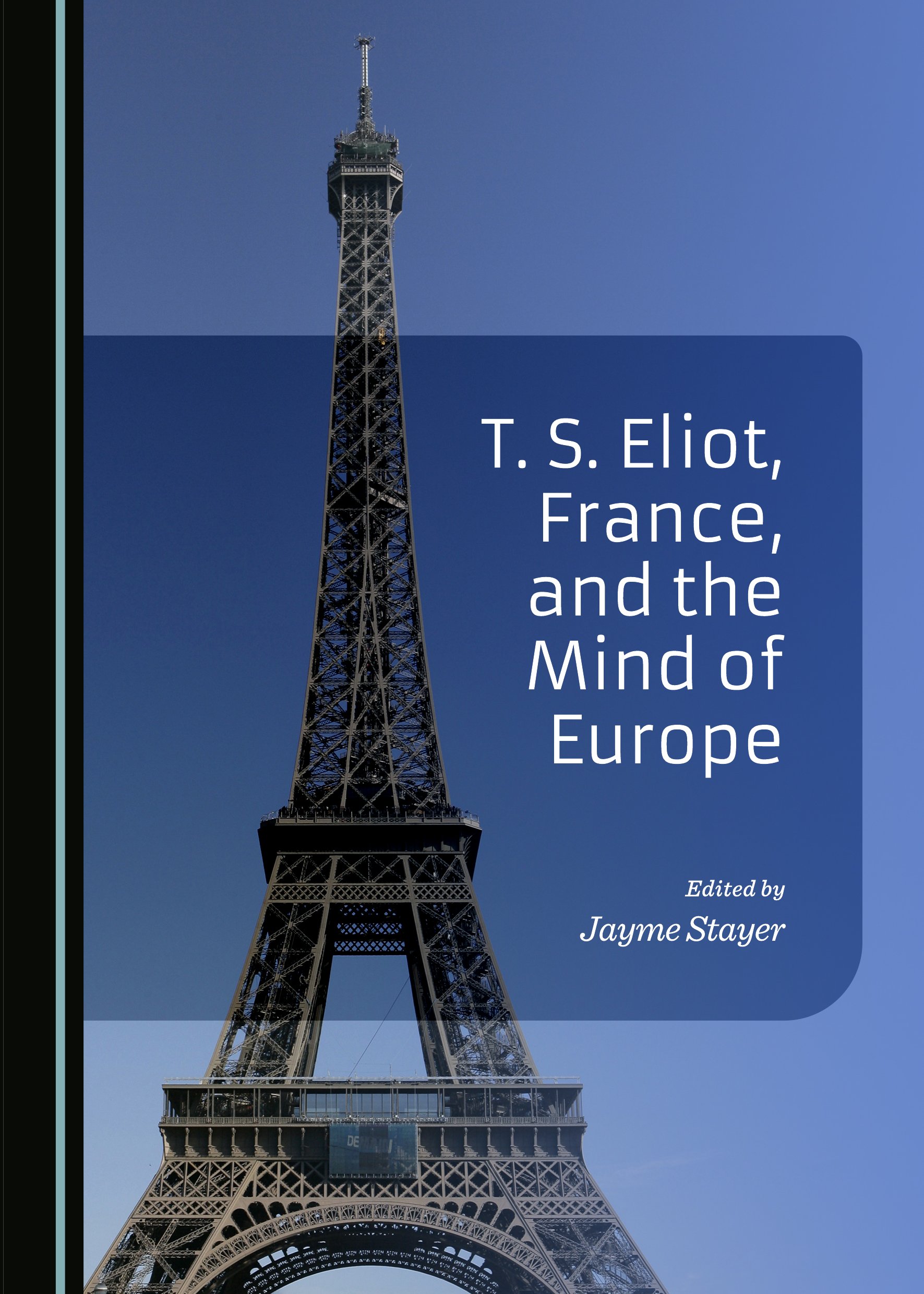 In late 1910, after graduating from Harvard with a master’s degree in philosophy, the young T. S. Eliot headed across the Atlantic for a year of life and study in France, a country whose poets had already deeply affected his sensibility. His short year there was to change him even more decisively, as he rubbed up against the artistic, philosophical, psychological and political currents of early-century Paris. The absorbent mind of Eliot – as shaped by what he later termed “the mind of Europe” – was a node in this interlocking grid of influences.

As there is no understanding T. S. Eliot without considering the impact of French art and thought on his development, this volume serves both as a centennial commemoration of Eliot’s year in Paris and as a reconsideration of the role of France and, more widely, Europe, as they bore on his growth as an artist and critic. Most scholarship on Eliot and France has focused on Eliot’s relationship to the nineteenth-century Symbolists and to the philosophy of Henri Bergson. This old frame of reference is broken apart in favor of a much wider field that still takes Paris as its center but reaches across national borders. The volume is divided into two overlapping sections: the first, “Eliot and France,” focuses on French authors and trends that shaped Eliot and on the personal experiences in Paris that are legible in his artistic development. The second section, “Eliot and Europe,” situates Eliot in a broader matrix, including Anglo-French literary theory, evolutionary sociology, and German influences.

Contributors include several highly respected names in the field of modernist studies – including Jean-Michel Rabaté, Jewel Spears Brooker, and Joyce Wexler – as well as a number of well-established Eliot scholars. Reflecting multiple perspectives, this volume does not offer a single, revisionist take on French and European influence in Eliot’s work. Rather, it circles back to familiar territory, deepening and complicating the accepted narratives. It also opens up new veins of inquiry from unexpected sources and understudied phenomena, drawing on the recently published letters and essays that are currently remapping the field of Eliot studies.

Jayme Stayer holds a double degree in music and literature from the University of Notre Dame, and an MA and a PhD in English literature from the University of Toledo. He has held faculty posts at Texas A&M University-Commerce and Universidad Centroamericana in El Salvador. Currently Assistant Professor of Literature at John Carroll University, he has published work in the fields of rhetoric, music, and modernism. His most recent book is Think About It: Critical Skills for Academic Writing (Wadsworth, 2014), co-authored with John Mauk and Karen Mauk.