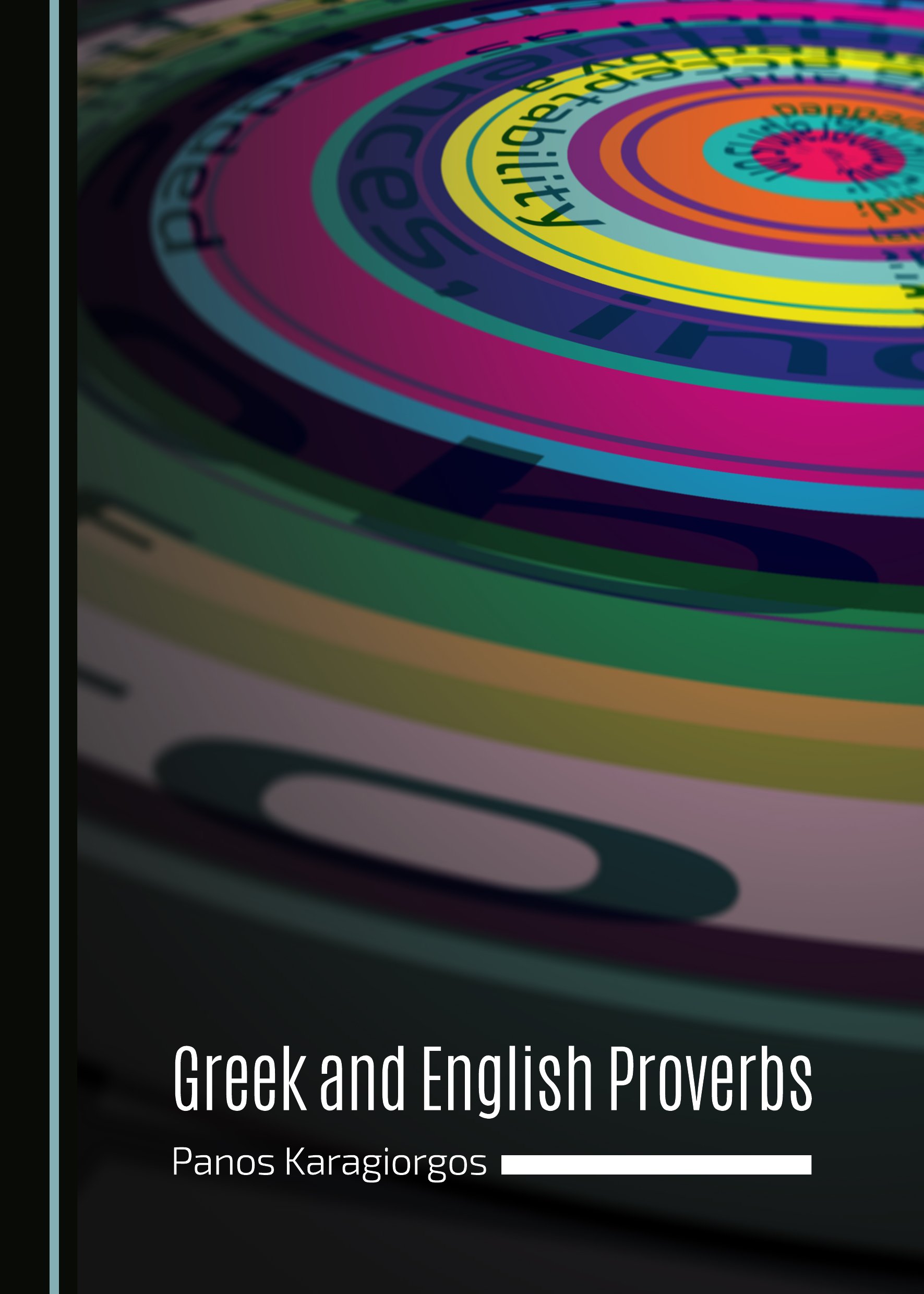 Proverbs have been described as “the wisdom of many and the wit of one”. Apart from being pleasurable to read, these gems of folklore contain keen observations of everyday life and provide an insight into human behaviour and character. Proverbs constitute a particular culture’s popular philosophy of life. One can tell a people’s character from that people’s proverbs. As Francis Bacon said, “The genius, wit, and spirit of a nation are discovered in its proverbs”.

This collection contains over one thousand Greek and over one thousand English proverbs accompanied by their translations. The bilingual introduction relates the history, the origin, and the importance of proverbs. The book also includes a short chapter on the use of proverbs in English, French, German, Italian, Spanish and Modern Greek literature.

Panos Karagiorgos studied Greek and English Literature at the Aristotle University of Thessaloniki and at Birmingham University, England, where he earned his PhD. He has taught English and Greek Literature as a Lecturer at the University of Ioannina and as a Professor at the Ionian University, Corfu, and has published various scholarly essays on Shakespeare, Byron, Ibsen, Heine, and Durrell. He was awarded a prize for his translation into Greek of Beowulf, and has researched and published critical essays on the national poets of Greece, Solomos and Kalvos. He is a member of the Greek Byron Society, the Hellenic Association of Literary Translators, the National Association of Greek Writers, and a Life Member of the International Lawrence Durrell Society.