Religion and the Book Trade 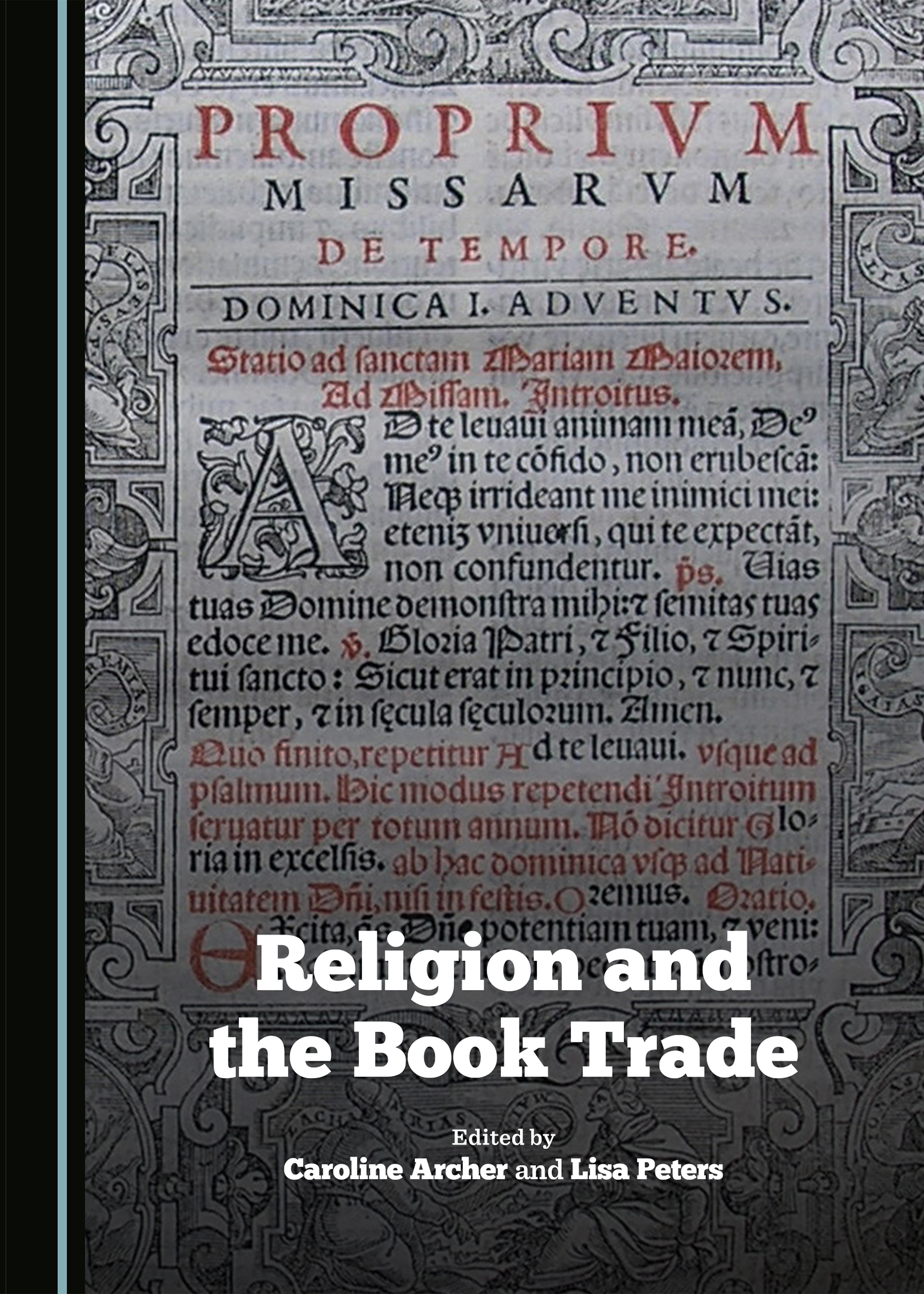 This volume brings together a selection of the papers presented at the “Print Networks” conference at the National Library of Wales, Aberystwyth, in July 2011. The conference theme, “Religion and the book trade”, was chosen to mark the four-hundredth anniversary of the publication of the King James Bible. Numerous events throughout the United Kingdom and the English-speaking world took place to commemorate this historic event, the Print Networks conference being one of many.

Religious books – be they tracts, sermons, homilies, hymn books, or Bibles – were primarily used by all denominations to spread their version of Christianity, to attract people to their cause, and to retain the loyalty of supporters. But these publications are also credited with the survival of indigenous languages, and, naturally, the printers and distributors of these religious works were crucial to the process of spreading both religion and literacy among the population.

The contributions to this book cover a wide gamut of religion and the book trade from the sixteenth to the twentieth centuries. Most of the chapters are concerned with the European book trade and concentrate on Christian religions and cover both Catholic and Protestant, particularly Nonconformist/Dissenter, experiences. Most of the chapters relate to the British and Irish book trade, but there are also contributions discussing Italy and the Netherlands.

This volume emphasises the pivotal role played by those in the book trade – printers, publishers or booksellers – in the distribution of religious works, and demonstrates that spreading the ideas of their authors, creators, or translators would have been far more difficult without their involvement.

This book will be of interest to academics, independent scholars, heritage professionals and research students in the fields of book trade history; book arts; bibliography; bookbinding; printing and typographic history; publishing; social and industrial history; and religious history.

Caroline Archer is Professor of Typography in the Typographic Hub at Birmingham City University, where she is also co-director of the Centre for Printing History and Culture, a collaborative enterprise with the University of Birmingham. Professor Archer is chairman of the Baskerville Society and a widely published author.

Dr Lisa Peters is a Librarian in the Law Department at the University of Chester, and the author of Politics, Publishing and Personalities: Wrexham Newspapers, 1848–1914. She is particularly interested in the book and newspaper trade in Wales.