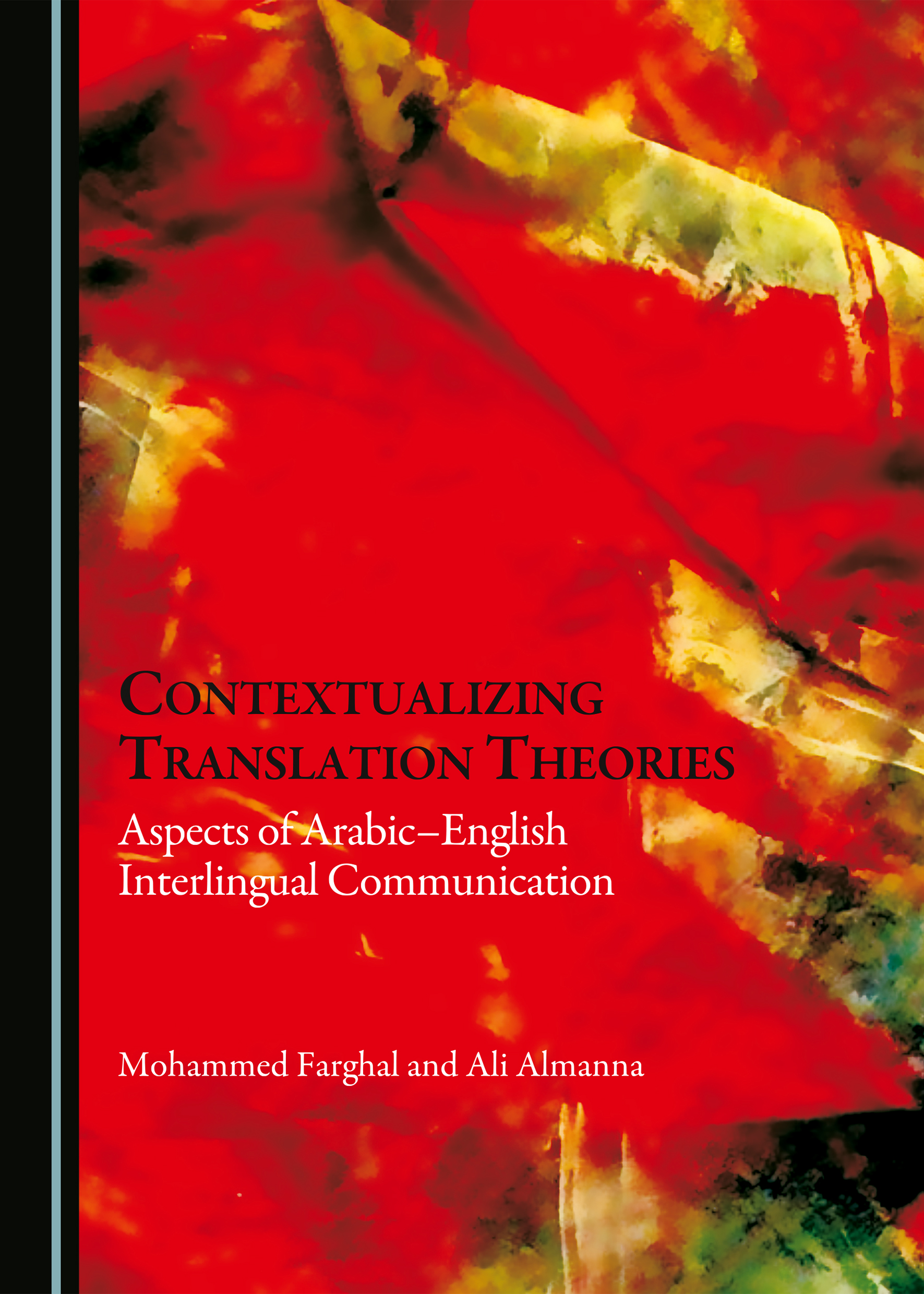 Contextualizing Translation Theories: Aspects of Arabic–English Interlingual Communication provides critical readings of available strategies of translating, ranging from the familiar concept of equivalence, to strategies of modulation, domestication, foreignization and mores of translation. As such, this volume demonstrates to the reader the pros and cons of each of these strategies within a theoretical context that is augmented by translational tasks and examples, most derived from actual textual data.

Mohammed Farghal received a PhD in General Linguistics from Indiana University, Bloomington in 1986. He is currently Professor of Linguistics and Translation Studies at the Department of English at Kuwait University, Kuwait. He has published a large number of articles in peer-reviewed linguistics and translation studies journals, including Anthropological Linguistics, Journal of Pragmatics, Multilingua, Target, and Across languages and Cultures. He is also the author of several books, such as Advanced Issues in Arabic-English Translation Studies (Kuwait University Publication Council, 2012) and has translated a number of works of fiction, including Cormac McCarthy‘s The Road.

"This book fulfills its purpose, which is contextualizing translation theories in an English-Arabic context, especially when the authors set concrete examples regarding taboos or blasphemous segments. The deep knowledge of the authors of the Arabic culture supports the arguments of this given book. The authros have resorted to different and diversified techniques to make their ideas reach both Arabic and English culture at the same time. [...] The book is ... a unique attempt to breach all traditional trends regarding translation studies initiating with a new trend putting all known theories into practice."

"The book authored by Mohammad Farghal and Ali Almanna is a coherent, very useful handbook of translation theory and didactics focused on the pair of languages Arabic / English. It is approached from a functional, discourse-and-communication perspective. Therefore, this handbook, which is conveniently short, clear and accessible, is aimed at the student of translation as well as the instructor. Organized across a number of key topics or dimensions, all of them broad in scope and generally from a macro, top-level perspective, it also offers a wealth of examples at the micro-level of language use."

"Through its chapters, readers will notice a gentle and informative blend of theory and practice that satisfies the needs of all its users (students, teachers and researchers of/in languages and cultures, translation, linguistics, discourse analysis, intercultural communication, media studies)."