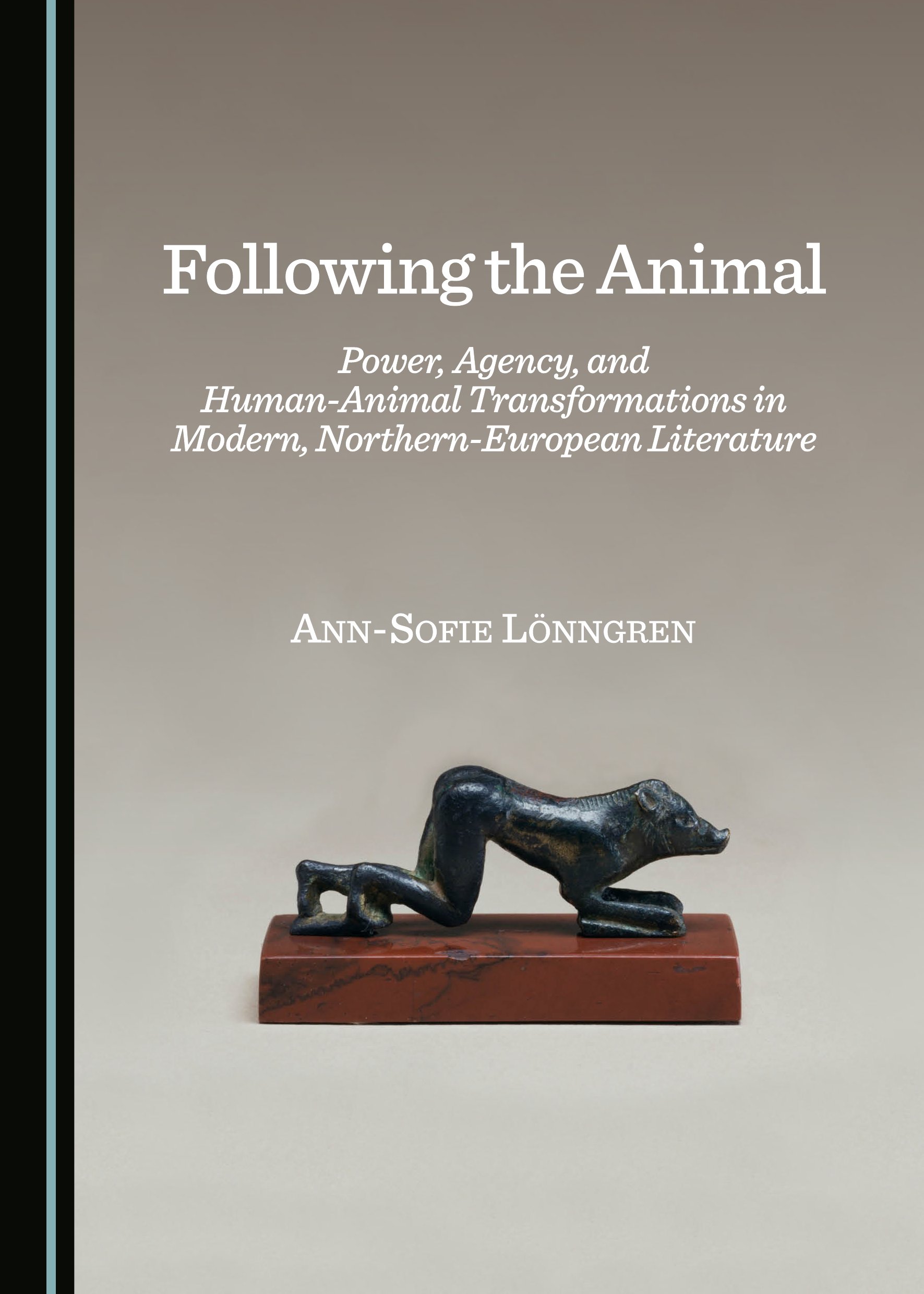 Literary transformations from human to animal have occurred in myths, folklore, fairy tales and narratives from all over the world since ancient times, and have always provided a narrative space for depictions of power, agency, and the radical nature of change. In Following the Animal, these transformations are analysed with regards to their use in modern literature from northern-most Europe, with specific attention being paid to the insights they provide regarding the human-animal relationship, both generally in the industrialized West, and against the background of more specific circumstances in the Nordic area. In three analytic chapters, focusing respectively on Swedish author August Strindberg’s novel Tschandala (1887), Finnish author Aino Kallas’s novel The Wolf’s Bride (1928), and Danish author Karen Blixen/Isak Dinesen’s short story “The Monkey” (1934), along with discussions of a range of other authors and texts, the reader is introduced to several traditions of literary production that both connect to, and differ from, Anglophone and other literature in fascinating ways. In addition to the insights it provides concerning the uses of human-animal transformations in modern Nordic literature, and their significance in relation to “the question of the animal”, Following the Animal also offers literary scholars and students alike a series of useable and transferable strategies for approaching texts from a “more-than-anthropocentric”, human-animal studies perspective. In phrasing and employing the interpretational method of “following the animal” over the text’s surface, up metaphorical elevations, down material wormholes, and in constant dialogue with previous research, this book contributes greatly to both human-animal literary studies specifically, and to the field of literary scholarship generally, in both an international and northern-European context.

Ann-Sofie Lönngren received her PhD in Literature in 2008 and her Associate Professorship title in 2014, both from Uppsala University, Sweden. Currently working at this institution’s Centre for Gender Research, her research interests include modern Nordic literature, human-animal studies, interdisciplinarity, queer studies, and intersectionality.

"Following the Animal is a welcome and necessary study for several reasons. It provides a valuable overview of the theoretical perspectives often referred to in the field of animal studies. It also gives welcome examples of how these can be applied to literary texts, and the method discussion is likely to be valuable for future studies in the field. I would also like to emphasise Lönngren's own invaluable hope that the knowledge shown in her study should set a path towards a more ethical approach between humans and animals. This is a critical examination of the relationship between humans and nimals in the same way that gender and ethnicity were examined a few decades ago, allowing for established values and power relatoinships to be reassessed, which many consider to be one of our most pressing current social issues."