Home / Buy A Book / Social Sciences / 40 Years are Nothing: History and memory of the 1973 coups d’état in Uruguay and Chile

40 Years are Nothing: History and memory of the 1973 coups d’état in Uruguay and Chile 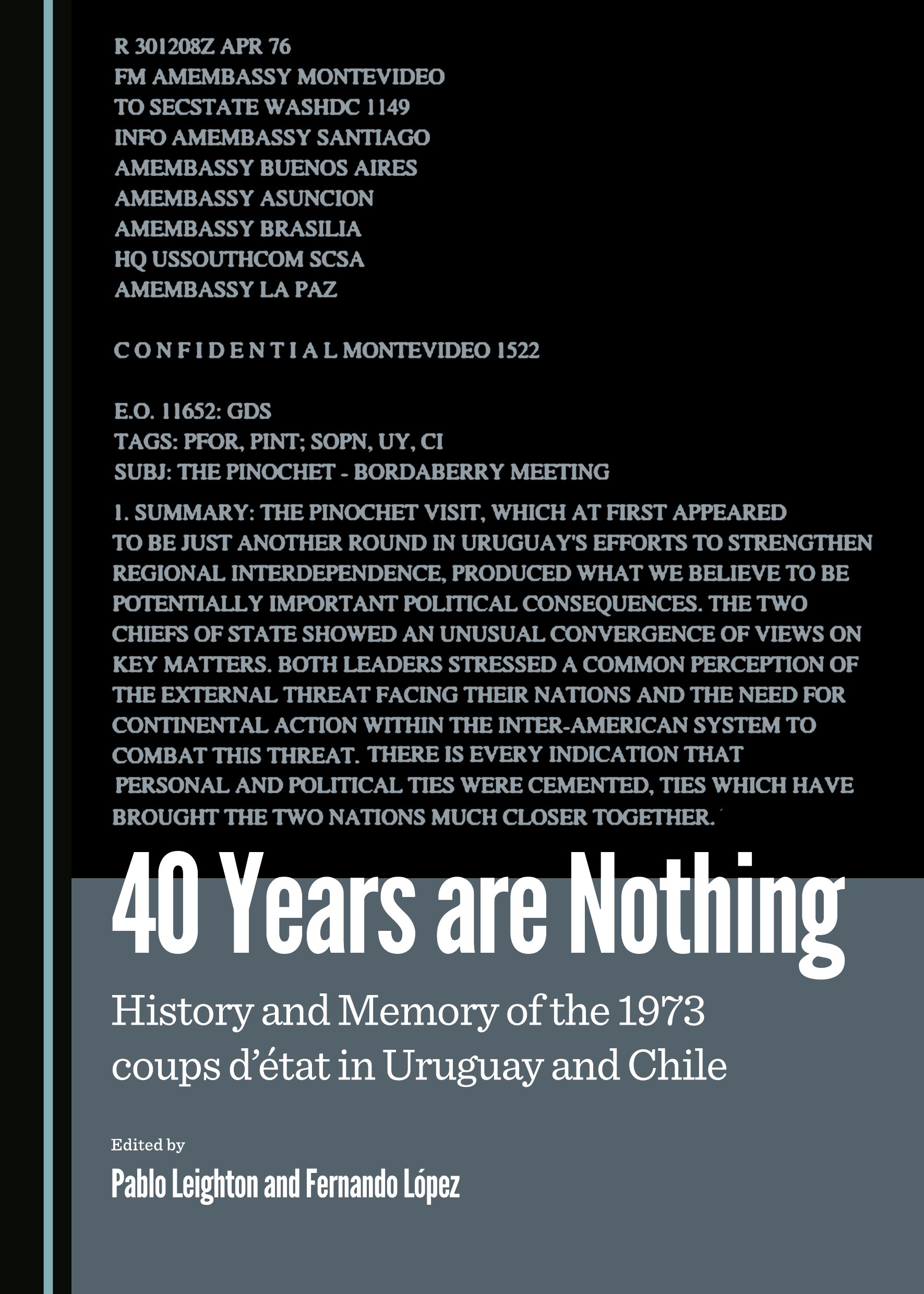 The 1973 coups d’état in Uruguay and Chile were significantly different from other military coups in Latin America. These two dictatorial regimes began a new era in the subcontinent. They became staunch bearers of a National Security State doctrine and introduced radical new economic policies. More tellingly, they gave birth to extreme models of society built on the foundations of what can arguably be considered ideological genocides, relying on both rudimentary and sophisticated methods of repression and authoritarianism to establish neoliberal systems that have lasted until today. 2013 marked the 40th anniversary of the fall of democratic rule in those countries. After four decades, the governments of Uruguay and Chile continue to show deficiencies in bringing the perpetrators of severe human rights violations to face justice. 40 Years are Nothing: History and Memory of the 1973 coups d’état in Uruguay and Chile is inspired by the strong memories that these coups still create. The range of topics addressed in the contributions gathered here demonstrate that the 1973 coups continue to be key points of interest for researchers across the globe and that the study of these topics is far from exhausted.

Pablo Leighton and Fernando López are the founders and editors of Latitudes: Latin American Research Group Australia (www.latitudesgroup.info), a network of researchers, academics and citizens which discusses and investigates the politics, culture and history of Latin America, producing academic events, collaborative projects and research outputs. Leighton has taught at universities in Australia, the United States, Chile and Honduras, and has worked as film director, screenwriter and editor in fiction and documentary productions. López is a Doctoral Student in History at the University of New South Wales, and has investigated why the military regimes of Uruguay, Chile, Paraguay, Argentina and Bolivia agreed to formally launch Operation Condor in 1975.

"This work brings us new perspectives and histories of the dictatorships and the ensuing struggles against impunity in Chile and Uruguay, after the dirty war years, when the transition to civilian government had begun (1990 in Chile and 1985 in Uruguay). The contributions of these scholars encompass a number of vital themes: the functioning of Operation Condor; the history of civilian government resistance to accountability in both countries; the Pinochet regime’s use of media and spectacle to establish hegemony (in the Gramscian sense) during the dictatorship; the role of social movements seeking truth and justice and the original forms of protest they have created; the inconsistent role of the Australian government vis-à-vis the Chilean coup; the importance of memory and the ways in which memory continues to be a contested terrain in the region; and ways to keep remembrance and memorial sites alive and engaging, without becoming ossified. Each of the authors gives us fresh approaches, to see and interpret recent history."

"A book that provokes this reviewer to think very hard about just one issue—the tension between history and memory—will undoubtedly lure other readers to consider the many issues not mentioned here."