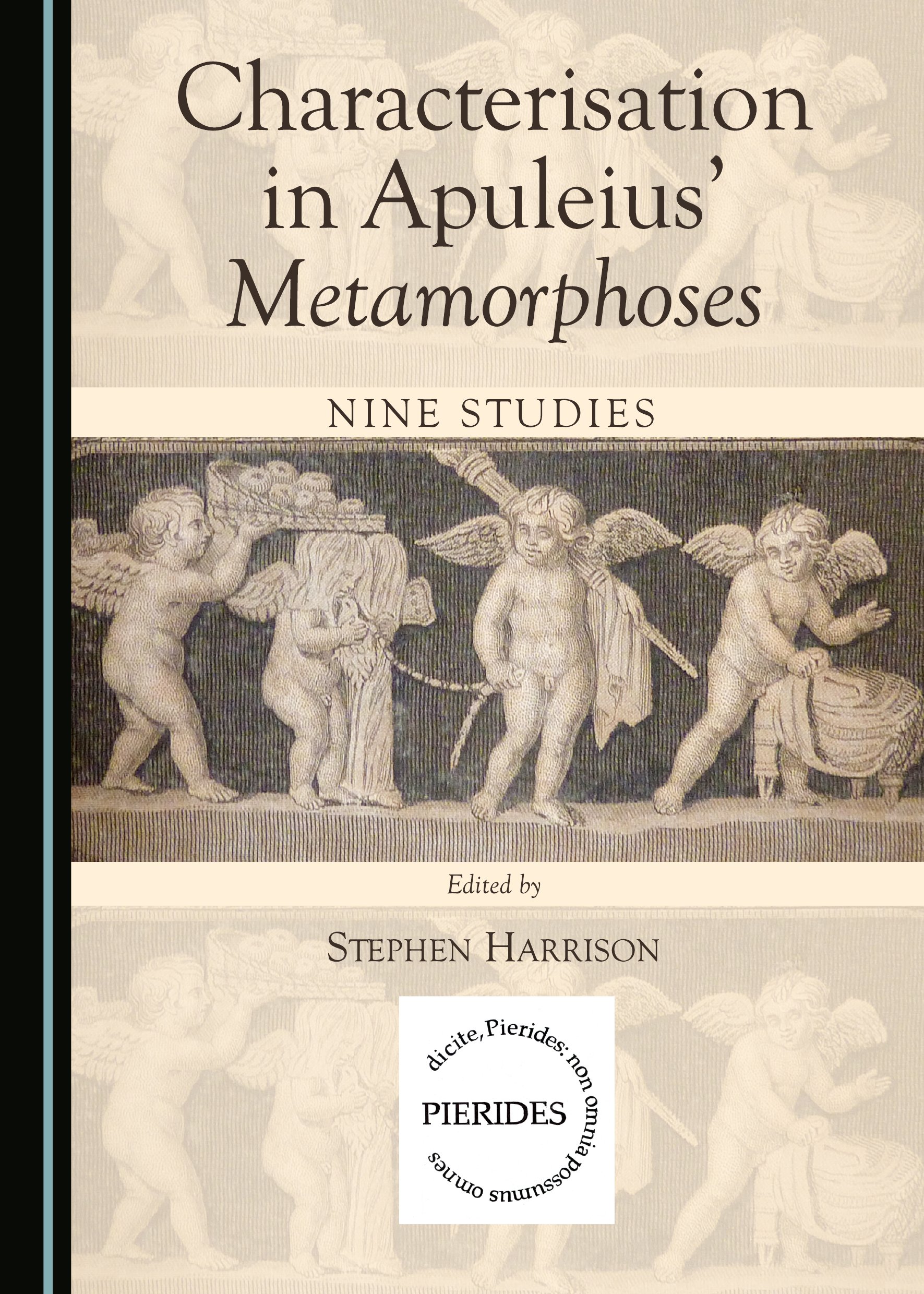 This is the first volume dedicated to the topic of characterisation in Apuleius’ Metamorphoses, the Latin novel from the second century CE. The subject has not been ignored in recent scholarship on individual characters in the work, but the lack of an earlier general overview of the topic reflects the general history of scholarship on the Metamorphoses. Literature on Apuleius’ novel until the 1960s centred around the issue of his general literary quality, and some key scholars held distinctly low estimates of Apuleius’ talents. Since 1970, most critics have seen Apuleius as a conscious and effective literary artist, and this is reflected in the emergence of this volume.

The volume’s contributors are a distinguished collection of international scholars, many of whom have worked together on the long-established Groningen Commentaries on Apuleius, a project which is currently coming to completion. No ideological line has been imposed, and contributors have been free to offer their thoughts on how the text of the novel presents particular characters, including divine ones. The volume covers the whole of the novel and all the significant characters, and will constitute a substantial contribution to the interpretation of the most important Latin novel to survive complete from the ancient world.

Stephen Harrison is Professor of Latin Literature at the University of Oxford and Fellow and Tutor in Classics at Corpus Christi College. He is the author of A Commentary on Vergil, Aeneid 10 (1991); Apuleius: A Latin Sophist (2000); Generic Enrichment in Vergil and Horace (2007); and Horace (2014), amongst other books. He is also the co-author of Apuleius: Rhetorical Works [with John Hilton and V. Hunink] (2001); Louis MacNeice: The Classical Radio Plays [with A. Wrigley] (2013); and A Commentary on Apuleius Metamorphoses XI: The Isis-Book [with the seven other members of the Groningen Apuleius Group] (2015).

"The reader may have high expectations when noting the names of the contributors ... These expectations are wholly fulfilled on reading the pages of this volume. [...] The significant pieces gathered here allow for a fuller appreciation of the profile of several key figures in the Golden Ass and the multilayered characterisation techniques adopted by Apuleius. This is, therefore, a very welcome addition to the scholarship on the Golden Ass and the ancient novel. Both the editor and the contributors are to be congratulated on the quality of this volume, which experienced researchers and students alike will find of much value."

"The extensive references ... to various aspects of the novel and, in particular, to the frequently isolated studies of individual characters, ensure this book is a useful, up to date text on the African writer. [...] These essays are particularly stimulating for specialists in the Metamorphoses as a starting point either when considering secondary characters' characterisation or when reconsidering them from other perspectives. Furthermore, this book is also a recommendable introduction for those who are just beginning to study this work. The excellent quality of the editing and the care given to the layout and design of the book are also to be emphasised."