Agency and Patronage in Eastern Translatology 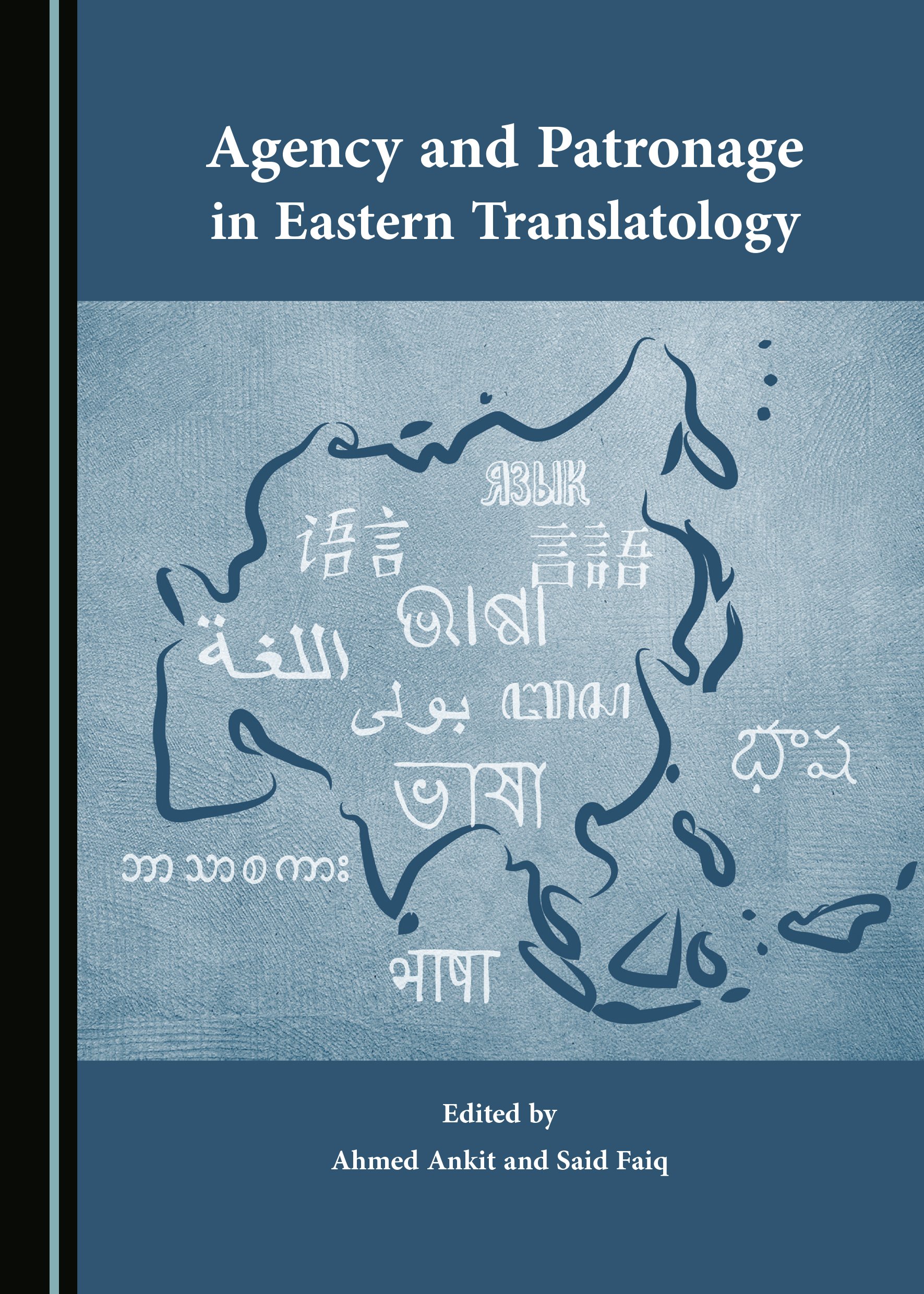 It is axiomatic that translation studies has been largely dominated by Western discourses on language, cultural and communication studies. Non-Western traditions and discourses of translation have generally not influenced debate beyond their geopolitical confines. But, as André Lefevere repeatedly argued, the phenomenon of translation would be more fruitfully examined and interrogated when different traditions are brought to bear on each other. This is precisely the focus of this volume, calling for new turns in translation studies. With a focus on the two culturally vital and sensitive themes of patronage and agency, the volume provides insights into how and why translation is viewed and practised within Eastern intellectual traditions, and the ways in which cross-cultural exchange is executed and/or constrained by the two themes that concern, after all, a shared human endeavor, communication through translation. The volume will be of great interest to students and researchers in all areas of translation and allied disciplines, particularly history, sociology, geopolitics, intercultural studies, communication, and globalization studies.

Ahmed Ankit is Professor of Applied Linguistics and Communication and Assistant to the President for External Relations and Cultural Affairs at Ajman University of Science and Technology, United Arab Emirates.

Said Faiq, FRSA, is Professor of Intercultural Studies and Translation at the American University of Sharjah, United Arab Emirates, and Visiting Professor at the University of Exeter, UK.

“Covering the rich linguistic and cultural diversity of cross-cultural exchanges in the Eastern traditions, the book offers explorations of the shifting paradigms of translation praxis and reflexion, engaging with contexts as varied as those of the Arab World, China, India, Iran, Japan, Korea, Malaysia and Turkey, through the prisms of translator agency and forms of patronage. Ranging from the role played by official patronage in the transmission and importation of knowledge to the agency of translators in the construction of political culture and the canonisation of literary texts, through the complex relationship that binds translation and multilingualism, the issues raised in the book bring to the fore the importance of ‘other’ discourses in the construction of a narrative of translation which both challenge and enrich the existing discourse of translation studies. This collection of essays is a timely contribution to a more global and inclusive history of translation.”
Professor Myriam Salama-Carr
Honorary Research Fellow, Centre for Translation and Intercultural Studies, University of Manchester, UK

“This is a necessary book. Translation Studies has evolved greatly in the past decade to encompass new approaches distinct from traditional Euro-centric perspectives. Intercultural pragmatics, ideology and agency, conflict and negotiation, have enlarged the scope of the field, and both global and local relations of power, resistance and dominance have now come to the fore. This volume focuses on the subtle moves that originate translations and interpretations, by means of patronage, commissioning, support, selection, and also suppression, described through Asian standpoints, from East Asia to the Arab world. With a focus on translations and interpretations as cultural goods that are produced, represented, regulated and consumed, and drawing from a range of different Eastern cultural traditions, the editors have strived to bring together a fascinating collection of cultural frames confirming the need to integrate what are now perhaps the most vibrant and engaging contexts of translation into mainstream Translation Studies. With contributions from leading scholars exploring agency and patronage in contexts ranging from Japan “in the east of the East”–as the editors put it–to Korea, China, Malaysia, India, Iran, Turkey, and finally the Arab world, “the west of the East”, there is no doubt that this volume presents a necessary challenge to standard Translation Studies.”
Ovidi Carbonell
Professor of Translation Studies at the University of Salamanca, Spain