Home / The Persecution of Professors in the New Turkey: Expulsion of Excellence – A Facebook Book

The Persecution of Professors in the New Turkey: Expulsion of Excellence – A Facebook Book 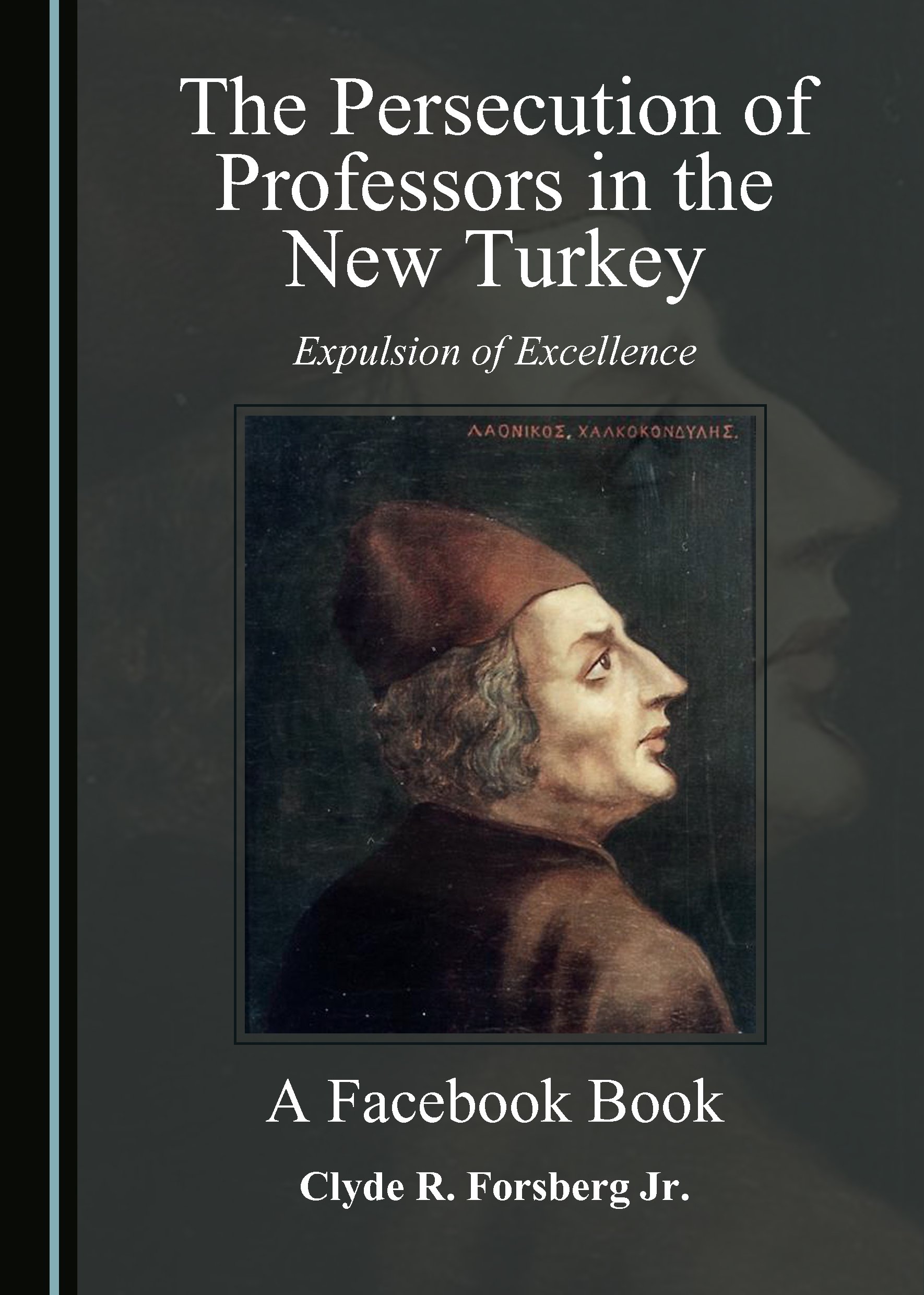 Scholars credit the European Renaissance and Enlightenment to the fall of Constantinople in 1453, when Greek scholars in particular were driven from the Byzantine capital, taking with them everything they had learned about their own Greek intellectual heritage and classical philosophical tradition, thanks, in part, to the scholarly enterprise of Islamic scholasticism and a spirit of intellectual cooperation that had existed until that time. The “expulsion of excellence” that followed closely on the heels of Mehmed II’s military victory in 1453 proved problematic for an emergent, modern-Muslim, imperial power, which his capture of the Byzantine capital instigated, although it was a boon to European intellectual life. Five and a half centuries later, on the night of 15 July 2016, a failed coup attempt that took place in the twin Turkish capital cities of Istanbul and Ankara paved the way for another expulsion of excellence, this time the handiwork of the ruling AK Party and its strongman-cum-dictator, Recep Tayyip Erdoğan.

This volume tells the story of an American academic, Clyde R. Forsberg Jr., living and working in the AKP heartland of Turkey. A distinguished Professor in the Department of Western Languages and Literatures at Karabük University at the time, having relocated his entire family to Turkey two years prior, his children becoming fluent in Turkish by this time, and his wife, a native of Kyrgyzstan, slated to enter medical school in just a month’s time, the Forsbergs were forced to flee the country after he was detained by the police and tried for “aiding and abetting a terrorist organization.” Subsequently found innocent of all charges, Forsberg was nonetheless sacked, forced to clear out his office as University cameras rolled, adding insult to injury. Local online newspapers followed suit, publishing false and misleading stories about his arrest, targeting him and thus putting him and his entire family in danger. Other foreign faculty at Karabük University were likewise falsely charged, imprisoned, and, despite being found innocent of all charges, dismissed and forced to leave the country. A professional historian, American Studies scholar, and Open Society Institute alumnus, Forsberg recounts the events leading up to and following his arrest, employing a media studies approach, which asks hard questions of the role of social media in the preservation of democratic freedoms, which, in the wrong hands, became a very effective tool of the Turkish State and its suppression of democratic freedoms. In Forsberg’s case, his imprisonment and subsequent suspension were for the “crime” of posting a poem online that was critical of Karabük University and the country’s ruling AK Party’s so-called “purge” of foreign faculty.

Clyde R. Forsberg Jr. is a Professor in the Department of General Education at the American University of Central Asia, where he teaches courses in the Humanities, including undergraduate and graduate courses in the fields of Islamic civilization, jazz history, masculinity, and media studies. He is the author of many books and articles on the history of religion and new religions, with a special interest in the history of the Latter-day Saints and other counter-cultural religious movements in American history.

"Whatever your opinion on recent events in Turkey, you would enjoy reading this well-written book. Clyde Forsberg speaks from direct experience with honesty, integrity, and passion."

"A chilling view from an American academic, long established and familiar with Turkey, of that nation’s perilous slide toward dictatorship. As a university professor, Mr. Forsberg brings historical perspective to his own personal struggle against the authoritarian purge that threatens the Democratic Republic of Turkey."