Harbors, Flows, and Migrations: The USA in/and the World 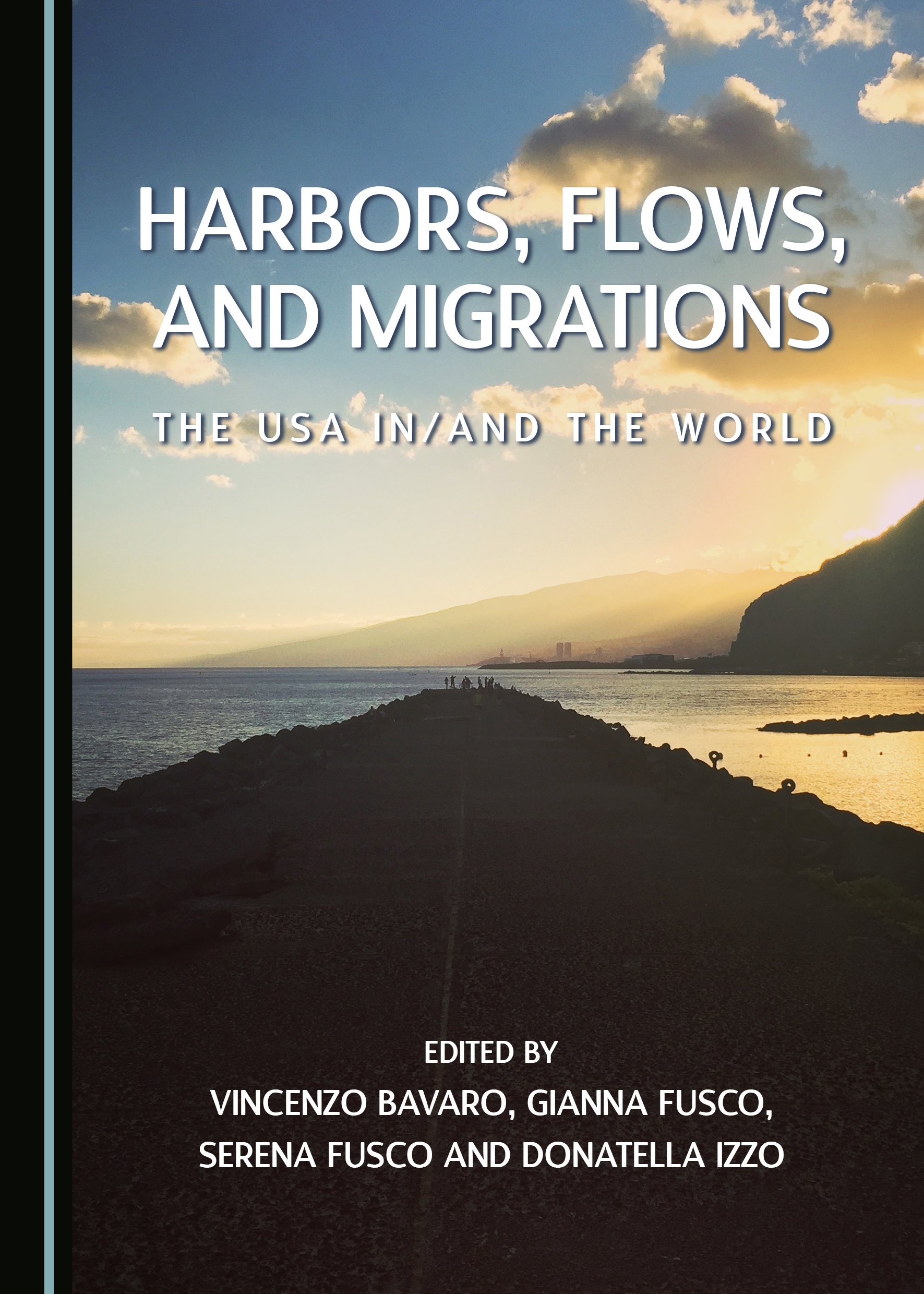 Poised between the land and the sea, enabling the dynamic flow of people and goods, while also figuratively representing a safe place of rest and refuge, the harbor constitutes a liminal, ambivalent space par excellence that has been central to the American imagination and history since the early colonial days. From the mythical tales of discovery and foundation to the endless flows of migrants, through the dark pages of the slave trade and the imperialistic dream of an ever-expanding nation, harbors, both as a trope and as physical spaces, powerfully signify the American experience. Today, at a time when ideas of border protection and policing gain political prominence in the U.S. and elsewhere, harbors and the constellation of meanings they subsume have become an even more crucial object of critical inquiry. In this volume, thirty-two American Studies scholars from around the world interrogate the manifold significance of ports and of the exchanges they enable or restrain, casting a decentered look onto the complex positioning of the United States in its political, ideological, and cultural relationships with the rest of the world. This collection thus offers a cutting-edge, interdisciplinary investigation of the U.S.A., engaging the most recent trends in American Studies and actively participating in the international and transnational reconfiguration of the field.

Vincenzo Bavaro is Assistant Professor of American Literature at “L’Orientale” University in Naples, Italy. He is the author of “Una Storia Etnica”? (2013), in addition to publications focusing on LGBT cultural history, community activism in New York City, and twentieth-century American drama. He has co-edited, with Shirley Geok-Lin Lim, an issue of Anglistica on the representation and the performance of “mess.”

Gianna Fusco is Associate Professor of English Language and Linguistics at the Università dell’Aquila, Italy. Her research ranges from nineteenth-century American authors to corpus linguistics and critical discourse analysis. Her most recent book is Telling Findings. Translating Islamic Archaeology through Corpora (2015).

Serena Fusco is Research Fellow and Adjunct Professor in Comparative Literature at “L’Orientale” University in Naples, Italy. Her volume Incorporations of Chineseness: Hybridity, Bodies, and Chinese American Literature was published in 2016. Her research is multilingual and transcultural in scope, and includes Chineseness in the transnational space, Asian American literature, visual culture and photography, and the internationalization of education.

Donatella Izzo is Professor of American Literature at “L’Orientale” University in Naples, Italy. Her research fields include American literature, American studies, and literary theory. She is the author of four books, including Portraying the Lady. Technologies of Gender in the Short Stories of Henry James (2001), and many scholarly essays, and is the editor of over 25 volumes and journal issues.