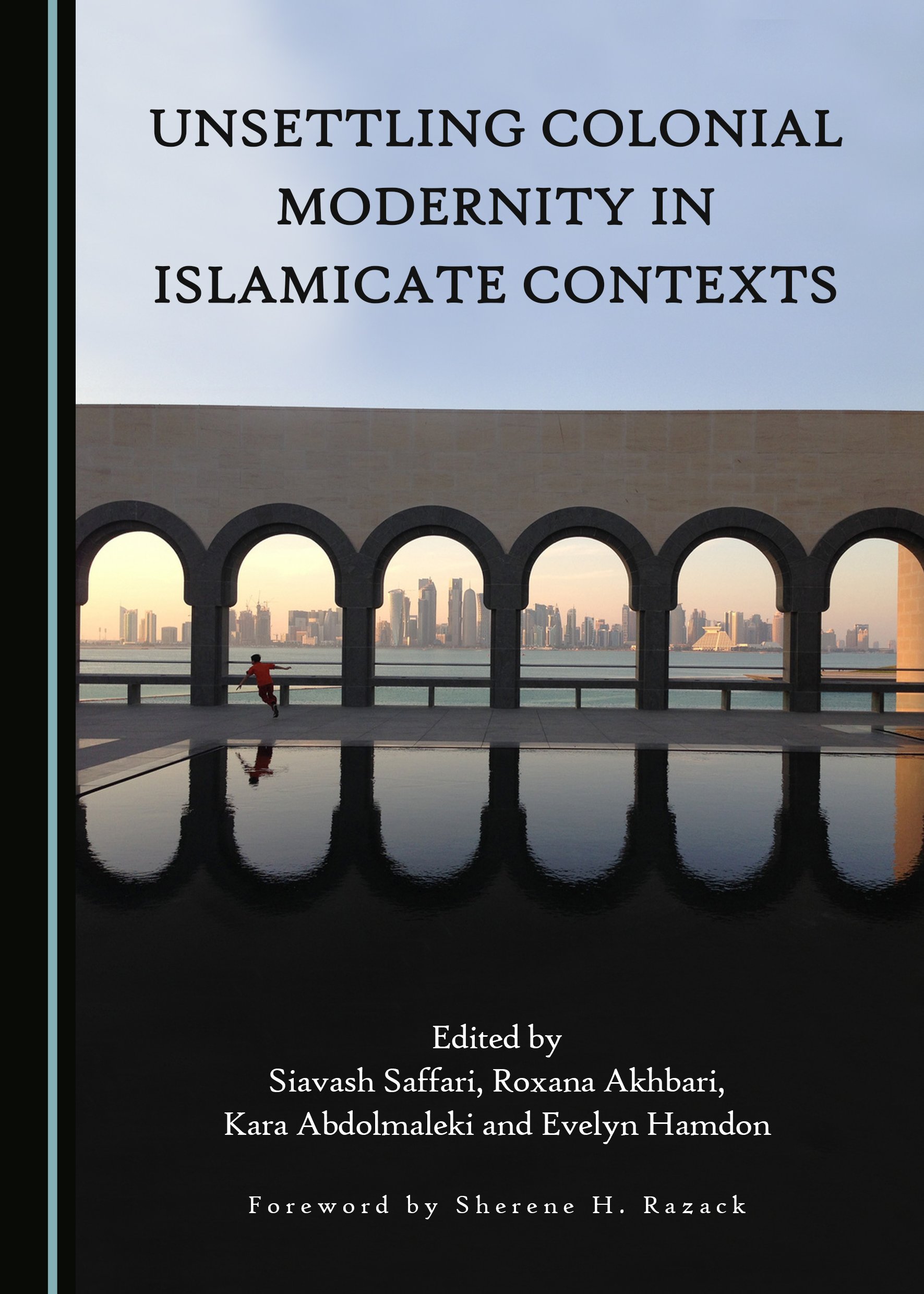 By focusing on colonial histories and legacies, this edited volume breaks new ground in studying modernity in Islamicate contexts. From a range of disciplinary perspectives, the authors probe ‘colonial modernity’ as a condition whose introduction into Islamicate contexts was facilitated historically by European encroachment into South Asia, the Middle East, and Northern Africa. They also analyze the various modes through which, in Europe itself, and in North America by extension, people from Islamicate contexts have been, and continue to be, otherized in the constitution and advancement of the project of modernity. The book further brings to light a multiplicity of social, political, cultural, and aesthetic modes of resistance aimed at subverting and unsettling colonial modernity in both Muslim-majority and diasporic contexts.

Siavash Saffari is an Assistant Professor of West Asian Studies, in the Department of Asian Languages and Civilizations at Seoul National University, South Korea. He received a PhD in Political Science from the University of Alberta, Canada, followed by a postdoctoral fellowship at Columbia University, USA. His research interests include Middle Eastern and Islamic politics, modern Islamic political thought, and modern Iranian social and intellectual history. His publications have appeared in several peer-reviewed journals and edited volumes, and he is the author of Beyond Shariati: Modernity, Cosmopolitanism, and Islam in Iranian Political Thought (2017).

Roxana Akhbari is a PhD student of Gender, Feminist, and Women's Studies at York University, Canada. Her research focuses on theorizing global implications of nation-state apologies to racialized communities in North America, examining cross-ethnic anti-racist alliances between different redress-seeking movements, and conceptualizing the ways in which the notion of white supremacy has been/should be framed in this context. Her disciplinary background is in philosophy, particularly epistemology, metaphysics, philosophy of language, and philosophical psychology.

Kara Abdolmaleki is a PhD candidate in the Comparative Literature program at the University of Alberta, Canada. He holds Master’s and Bachelor’s degrees in English Literature from University of Tehran, Iran, and Kurdistan University, Iraq. His work has been published in the International Journal of Iranian Studies, Film International, Tehran Review, and The Guardian. His research interests include modernity and modernism, critical theory, film studies, postcolonial theory, Iranian studies, and psychoanalysis.

Evelyn Hamdon is a PhD candidate in the Department of Educational Policy Studies at the University of Alberta, Canada, and her current research on anti-oppression educational practices focuses on identity and difference as they are represented in popular culture and media, with a specific focus on Arab and Muslim women as they are represented in film. She is a past recipient of the Isaac Killam Scholarship, as well as a past holder of a Social Sciences and Humanities Research Scholarship, and the author of Islamophobia and the Question of Muslim Identity: The Politics of Difference and Solidarity (2010).

“This rich and reflexive edited collection challenges us to think through the workings of colonial modernity in Islamicate contexts, in the historical and the present times of accelerating asymmetrical globalization. Using a wide range of critical and interdisciplinary perspectives, the authors offer sophisticated and refreshingly engaged discussions on a plurality of socio-political and epistemological modes for creative dialogue with counter-discourses on alternative modernities. Unsettling Colonial Modernity in Islamicate Contexts is a remarkably coherent, thought-provoking and committed work of scholarship.”
Parin Dossa
Professor of Anthropology at Simon Fraser University, Canada; author of Racialized Bodies, Disabling Worlds: Storied Lives of Immigrant Muslim Women (2009)