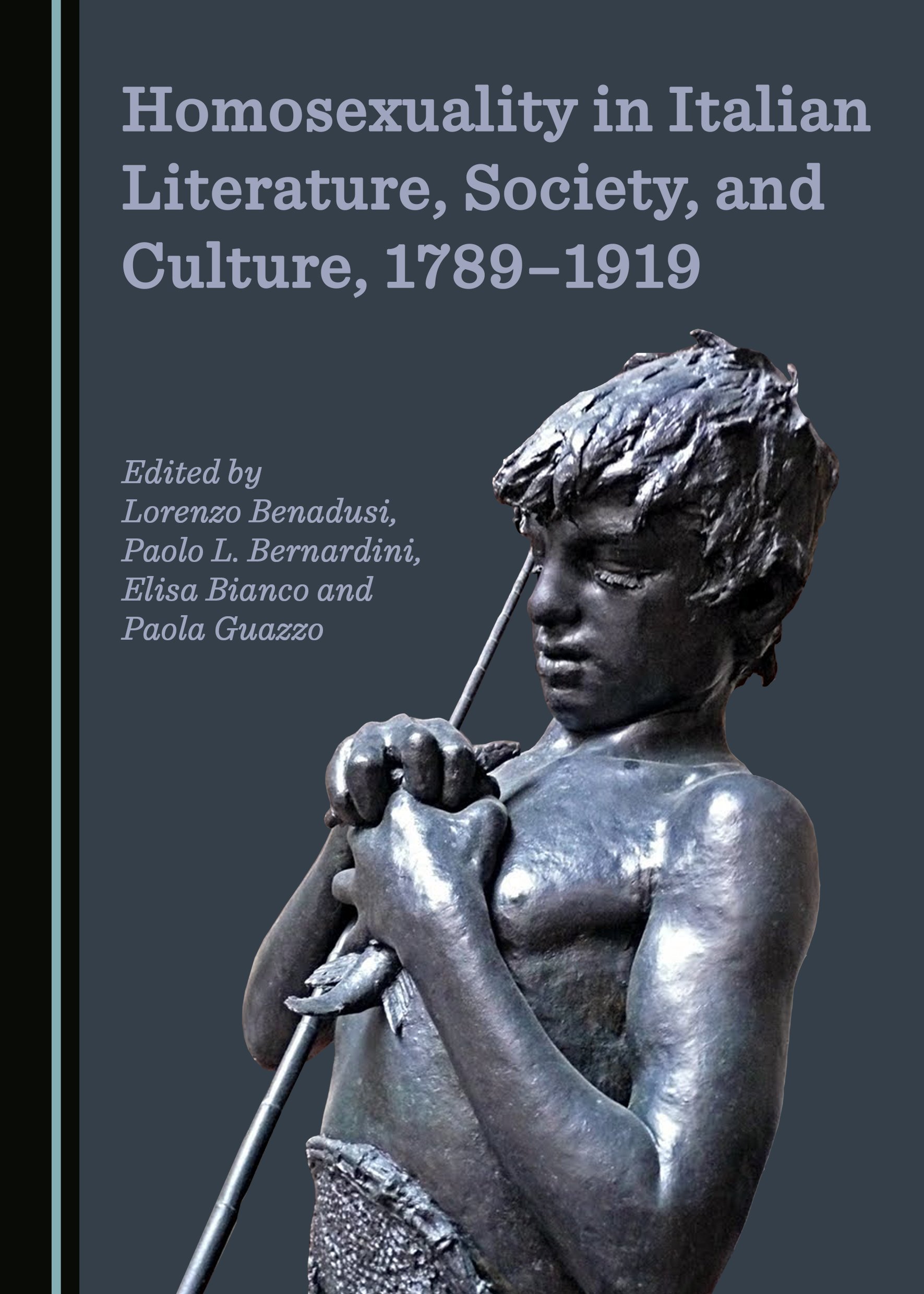 Homosexuality, bisexuality, transvestitism, and trans-genders represented new ideas, customs, and mentalities which shattered nineteenth-century Italy. At this time, Italy was a state in the making, with a growing population, a fading aristocracy, and new urban classes entering the scene. While still an extremely Catholic country, atheism and secularization slowly undermined the old, traditional morality, with literature and poetry endorsing innovative fashions coming from abroad. Laxity mixed with perversion, while new forms of sexuality mirrored the immense changes taking place in a society that, since time immemorial, was dominated by the Church and by a rigid class system. This was a revolution, parallel to the political movements that brought about the Unification of Italy in 1861, and was tormented, intense, and occasionally tragic. This collection of essays offers a rather comprehensive overview of this phenomenon. Personalities and places, ideas and novels, poetry and tragedy, law and customs, are the subject of ten essays, written by leading international experts in Italian history, the history of sexuality, literature and poetry. The Italian nineteenth century is a time of a number of rapid changes, visible and invisible revolutions, often given less attention than the unification process. This book makes a substantial contribution to Italian studies and modern European history.

Lorenzo Benadusi teaches Contemporary History at the University of Bergamo, Italy. His publications include The Enemy of the New Man. Homosexuality in Fascist Italy (2012) and Ufficiale e gentiluomo. Virtù civili e valori militari in Italia 1896–1918 (2015).

Paolo L. Bernardini teaches Early Modern and Modern Contemporary History at the University of Insubria, Italy, and is a Fellow of the Centro Segre at the Accademia dei Lincei, Rome. His publications include Voglio Morire! Suicide in Italian Literature, Culture and Society 1789–1919 (2013).

Paola Guazzo is a free-lance writer and journalist. Her publications include the lesbian novel Un mito, a suo modo (2009), and R/esistenze lesbiche nell’Europa nazi-fascista (2010).