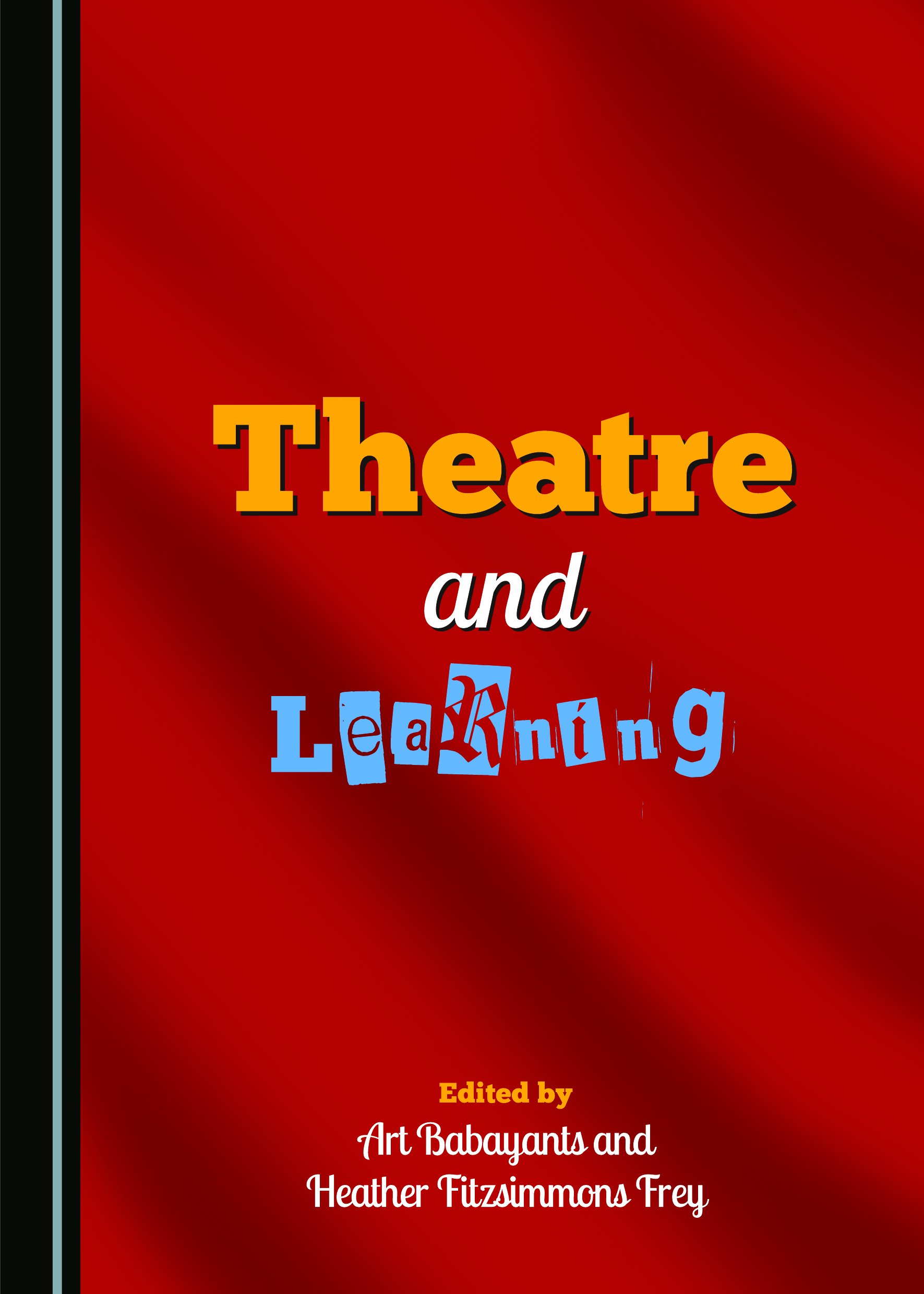 As early as Plato, theorists acknowledged the power of theatre as a way of teaching young minds. Similarly, starting with Plato, philosophers occasionally adopted an anti-theatrical stance, worried by the “dangers” theatre posed to society. The relationships between learning and theatre have never been seen as straightforward, obvious, or without contradictions. This volume investigates the complexity of the intersection of theatre and learning, addressing both the theoretical and practical aspects of it. In three sections—Reflecting, Risking, and Re-imagining—theatre researchers, education scholars, theatre practitioners consider the tensions, frictions and failures that make learning through theatre, in theatre and about theatre interesting, engaging, and challenging.

Loosely based on the proceedings from the 20th Festival of Original Theatre (F.O.O.T.), which took place in February 2012 at the University of Toronto, this book contains academic articles and interviews, as well as position, reflection and provocation papers from both established researchers in the field of Applied Theatre, such as Professor Helen Nicholson and Professor Kathleen Gallagher, as well as experienced and emergent scholars in Education, Theatre, Dance and Performance Studies. It also introduces the unorthodox work of the pre-eminent Swedish director and inventor of Babydrama, Suzanne Osten, to the academic audience.

Theatre and Learning will be interesting to a wide range of audiences, such as theatre artists and students, theatre researchers and educators, and will be particularly useful for those teaching Theatre Theory and Practice, including Applied Theatre, in higher education.

Art Babayants is a PhD candidate at the Centre for Drama, Theatre and Performance Studies at the University of Toronto and the Artistic Director of The Toronto Laboratory Theatre (www.torontolab.org), an open creative collective that focuses on projects that allow for combinations, often unorthodox, of theatre practice and theatre research. His PhD research investigates the phenomena of multilingual acting and multilingual dramaturgy.

Heather Fitzsimmons Frey is a PhD candidate at Centre for Drama, Theatre and Performance Studies at the University of Toronto. She is a director and dramaturge, and has published articles in Canadian Theatre Review and Youth Theatre Journal, in addition to a chapter in Nationalism and Youth in Theatre and Performance (2014). Her interests include theatre for young audiences and for the very young, dance in theatre for young audiences, and Victorian juvenile at-home theatricals.

"The text is likely to be of interest to theatre researchers, practitioners, and educators, especially those working in applied theatre contexts. Its focus on drama across a wide variety of settings—nurseries, schools, universities, homeless shelters, community venues, theatres—provides a valuable snapshot of contemporary practice with and for children and young people. Although mainly concerned with Anglocentric projects, the international reach of the contributors (working in Australia, China, Canada, Sweden, the United Kingdom, and the United States) also embodies a global interest in extending research into performing arts for the young. Perhaps most importantly, the fascinating connections between chapters may generate an ongoing dialogue around theatre and learning into the future."