Home / Buy A Book / Social Sciences / Within Language, Beyond Theories (Volume I): Studies in Theoretical Linguistics

Within Language, Beyond Theories (Volume I): Studies in Theoretical Linguistics 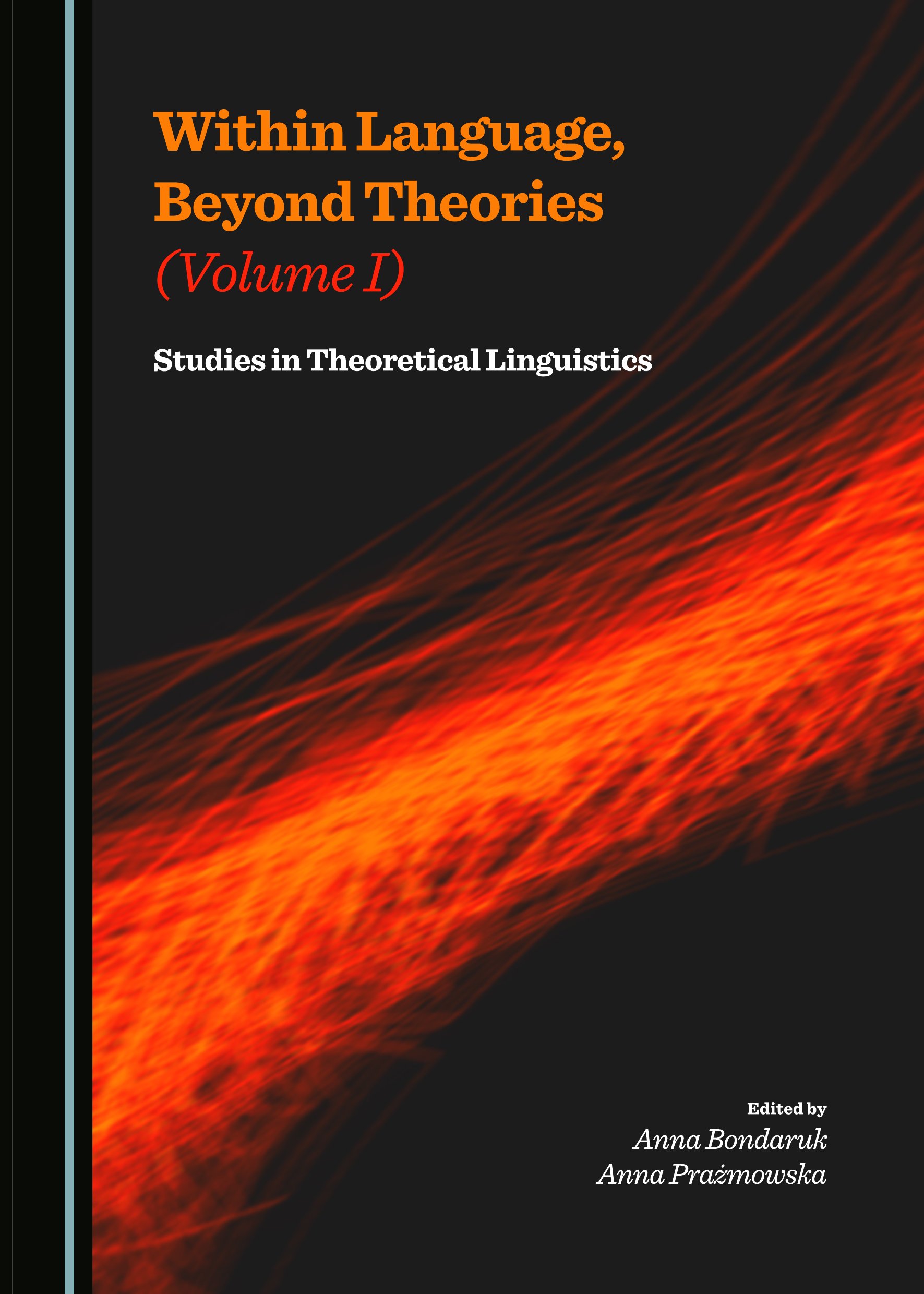 This is the first volume in a series of three books called Within Language, Beyond Theories, which focuses on current linguistic research surpassing the limits of contemporary theoretical frameworks in order to gain new insights into the structure of the language system and to offer more explanatorily adequate accounts of linguistic phenomena from a number of the world’s languages.

This volume brings together twenty-five papers pertaining to theoretical linguistics, and consists of three parts. Part I covers the works relating to syntax and morphology. The leading frameworks adopted in this part include the Minimalist Program and the cartographic model, as well as Distributed Morphology, Lexeme-Morpheme Base Morphology, and the root-based approach. Part II contains papers devoted to phonetics and phonology. The major frameworks made use of here correspond to Government Phonology, the CVX model, and Articulatory Phonology. Part III is composed of studies in Cognitive Linguistics. The theoretical frameworks used in this section are the Conceptual Integration Theory, and the Conceptual Metaphor Theory.

Drawing on recent advances in theoretical linguistics, the majority of the contributions to this volume test the applicability of existing frameworks for selected data from a number of languages. These data are gathered from typologically distinct languages such as Arabic, Cantonese, Croatian, English, German, Polish, Romanian, Scottish, Slovak, and Welsh, as well as Old and Middle English. The contributions address hotly debated issues and long-standing problems in theoretical linguistics, including the structure of the DP; clitic doubling; the information structure of DPs and cleft sentences; the Double Object Construction; negative quantifiers; causative verbs; epenthetic vowels; the vowel schwa; consonant clusters; communicative entrainment; metonymy; metaphor; conceptual blending; and the conceptualization of meaning. The volume will be of interest to linguists concerned with theoretical analyses, empirical findings, language typology, and general linguistics.

Anna Bondaruk is Associate Professor at the John Paul II Catholic University of Lublin, Poland, where she is the Head of the Department of Theoretical Linguistics. Her research interests concentrate on the comparative syntax of English, Polish and Irish. She has published three books, the latest of which, titled Copular Clauses in English and Polish. Structure, Derivation and Interpretation, came out in 2013.

Anna Prażmowska is a PhD candidate in the Department of Theoretical Linguistics at the John Paul II Catholic University of Lublin. The main focus of her research is on minimalist syntax, though her interests also include general, comparative and theoretical linguistics. She is currently writing her dissertation on the syntax of English and Polish coordinate structures.