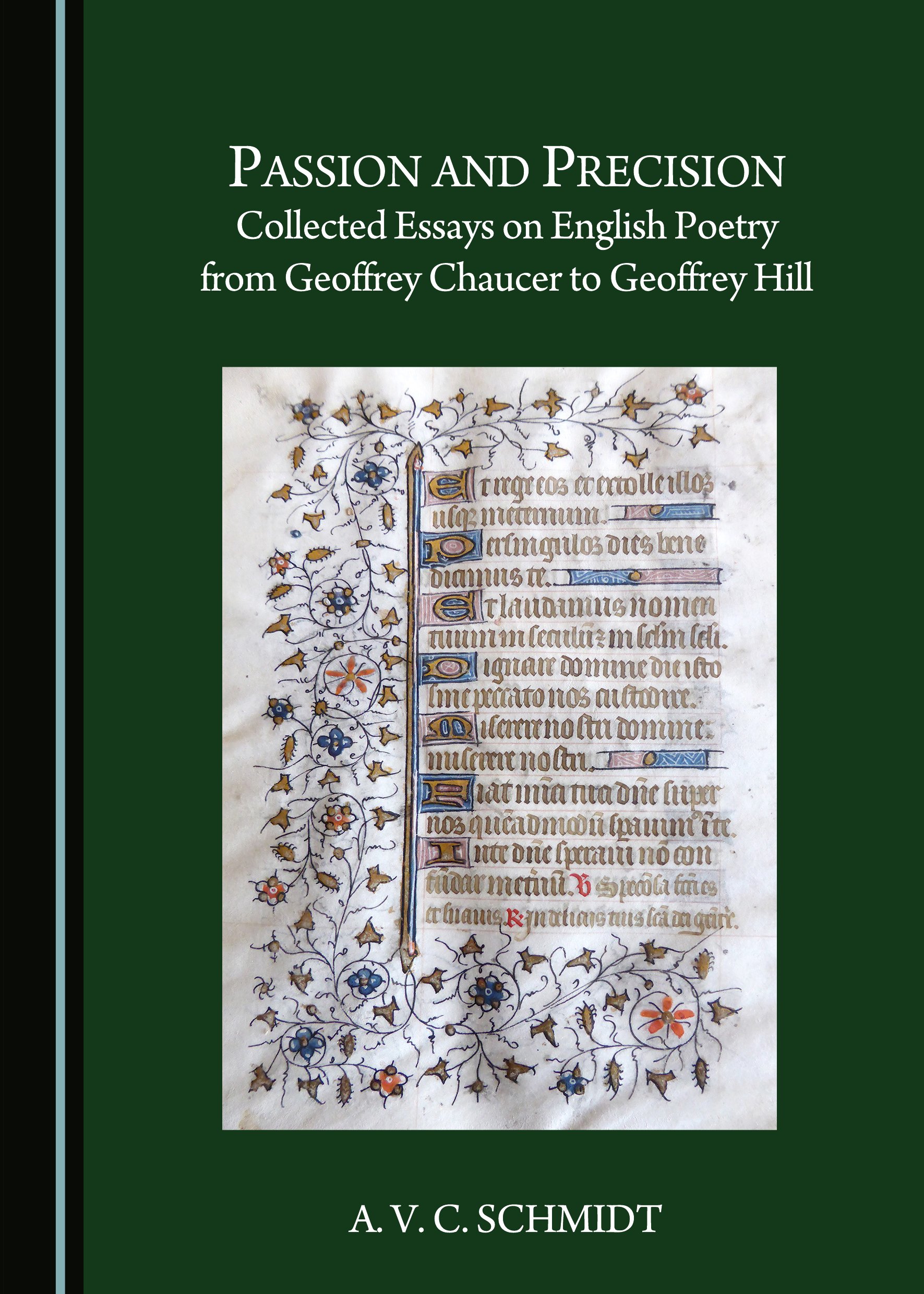 Passion and Precision contains twenty essays on a range of major medieval and modern English and Irish poets. The first part consists of three chapters on Chaucer, including a substantial new study of Troilus and Criseyde, four on Chaucer’s great contemporary the Pearl-poet, and one comparing the two poets. The core of the second part is six chapters on T. S. Eliot, three of them pioneering explorations of his poetic language. They are preceded by three on Hopkins, Shelley and Yeats (including a new study of Yeats’s verse-technique), and followed by one on David Jones and Auden, and two on Geoffrey Hill and Seamus Heaney.

The previously published essays have been extensively revised, supplemented with appendixes and cross-referenced, and a full Bibliography and Index are provided. The author brings to his reading of ten representative poets from two widely separated periods of English literature, the fourteenth and the twentieth centuries, the same passionate and precise attention as they brought to their writing.

A. V. C. Schmidt, who is an Emeritus Fellow of Balliol College, Oxford, is a leading international authority on William Langland. His Piers Plowman: A Parallel-Text Edition has been called ‘a monumental achievement,’ written with ‘controlled passion’ (Speculum), and a work of ‘grand majesty’ expressed ‘with grace and confident clarity’ (Journal of English and Germanic Philology). The present volume illustrates the wide range of his interests and expertise outside the field of the Langland studies collected in Earthly Honest Things (Cambridge Scholars Publishing, 2012), to which Passion and Precision now forms an indispensable companion.