Comics and Power: Representing and Questioning Culture, Subjects and Communities 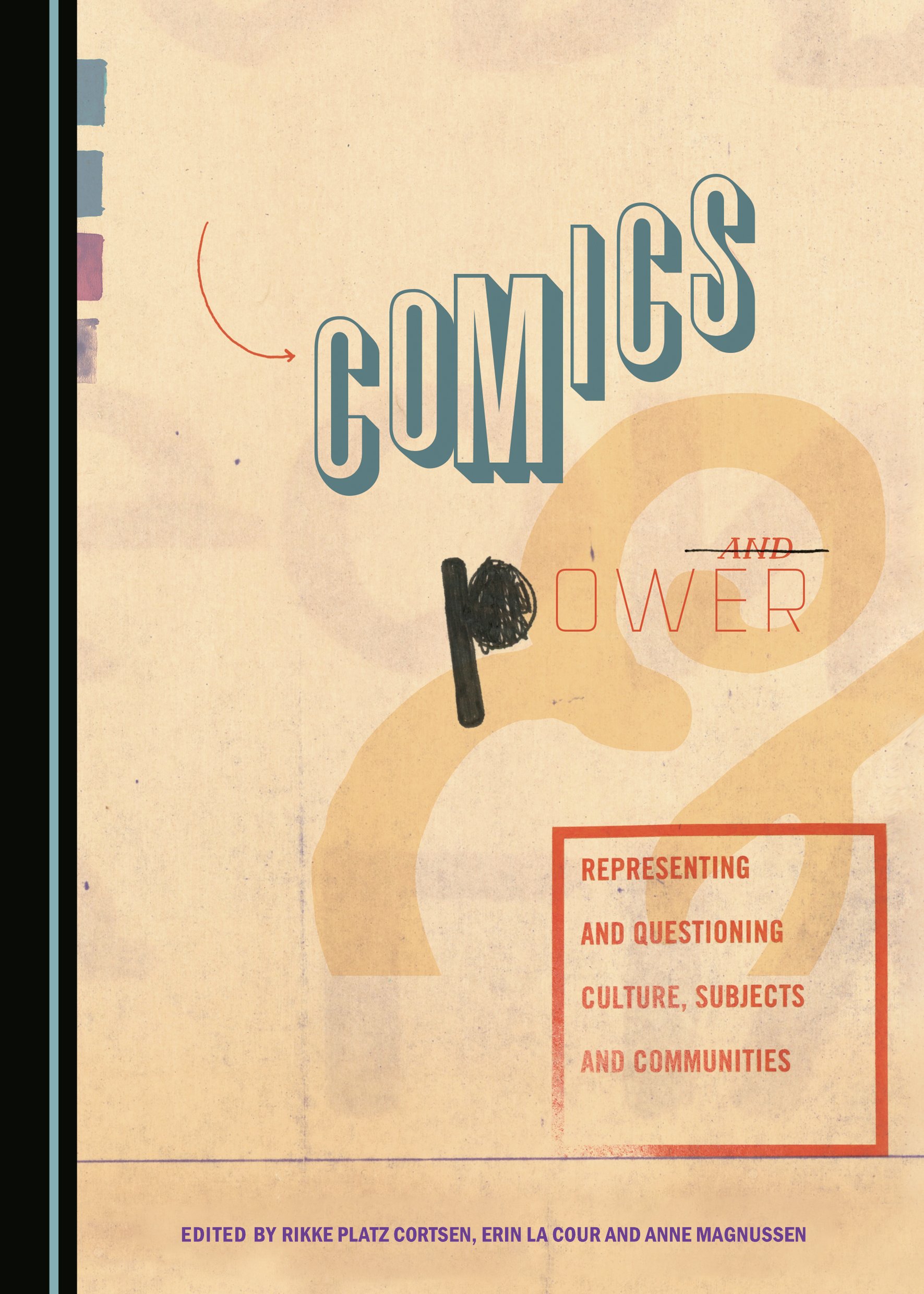 Many introductions to comics scholarship books begin with an anecdote recounting the author’s childhood experiences reading comics, thereby testifying to the power of comics to engage and impact youth, but comics and power are intertwined in a numbers of ways that go beyond concern for children’s reading habits. Comics and Power presents very different methods of studying the complex and diverse relationship between comics and power. Divided into three sections, its 14 chapters discuss how comics interact with, reproduce, and/or challenge existing power structures – from the comics medium and its institutions to discourses about art, subjectivity, identity, and communities. The contributors and their work, as such, represent a new generation of comics research that combines the study of comics as a unique art form with a focus on the ways in which comics – like any other medium – participate in shaping the societies of which they are part.

Rikke Platz Cortsen is currently working on a postdoctoral project funded by the Danish Independent Research Council (FKK) about space and place in contemporary Nordic comics at the Department of Arts and Cultural Studies of the University of Copenhagen, Denmark. She has published several articles on various aspects of comics scholarship, and has presented at a number of international conferences. Her most recent publication is “Full Page Insight: The Apocalyptic Moment in Comics Written by Alan Moore” (Journal of Graphic Novels and Comics 5.4 (2014)) She is a founding member of the Nordic Network for Comics Research (NNCORE).

Erin La Cour is a Lecturer in Literature and Media Studies at the University of Amsterdam, Netherlands. Her current research focuses on the intersection of media, aesthetics, and archive theory, especially in the context of art and museal practice. She was project advisor for the Van Abbemuseum’s “Black or White” (2013), an exhibition that challenged the exclusion of comics in the museum. Her most recent publications on the topic include “Sequential Art in the Museum” (Radically Yours 8 (2013): 11–14) and a co-authored chapter “Coding/Decoding the Archive” (with David Gauthier, in The Postcolonial Museum: The Pressures of Memory and the Bodies of History, Ashgate, 2014).

Anne Magnussen is Associate Professor at the Department of History of the University of Southern Denmark, Odense. She has edited books on comics, place and history, and written articles on Spanish and Latin-American comics as aesthetic, historical and political signs. Her most recent publications on comics are “The New Spanish Memory Comics. The Example of Cuerda de presas” (European Comic Art 7.1 (2014): 56–84); and “Spanish Comics and Politics” (in Comics and Politik, Christian A. Bachmann Verlag, 2014). She is a founding member of the Nordic Network for Comics Research (NNCORE).

"Reading Comics and Power, as a reviewer there is an almost instinctive impulse to write that, finally, ‘comics studies comes of age’. [...] This is why critical studies such as Comics and Power are so important. Combining readings of graphic novels, children’s comics, comix, webcomics, and so on, the collection both admits comics into a thoroughly academic critical practice, whilst resisting the dangerous processes of selective canonisation. Power is everywhere, the essays collected here remind us, flowing through the comics themselves, yes, but also the hands of the critics who write about them and the institutions in which those critics work."

"[The volume] edited by ... Rikke Platz Cortsen, Erin La Cour, and Anne Magnussen (Comics and Power) [is] steeped in theory with a capital T. [The] contributors are indifferent to traditional area boundaries and take turns applying powerful social-theoretical concepts to selected works of graphic narrative."