The Burning of Byron’s Memoirs: New and Unpublished Essays and Papers 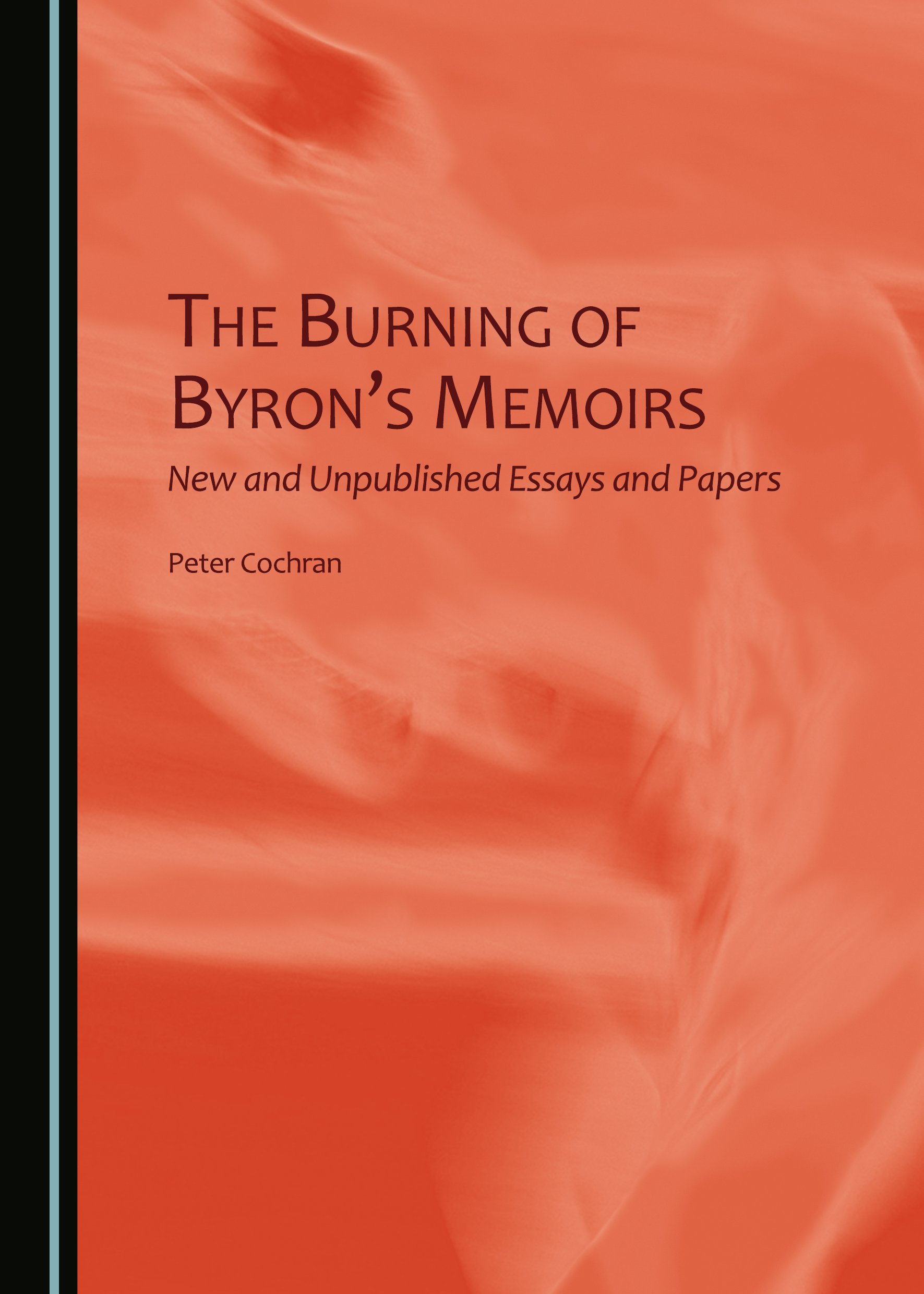 The Burning of Byron’s Memoirs is a collection of new and uncollected essays, and papers given at many conferences over a two-decade period. They cover many aspects of Byron’s life and work, including his relationship with his parents, his library, his attitude to Shakespeare, his borrowings from other writers, and his feelings about women and men. Two essays centre on his close friends Hobhouse and Kinnaird. All are informed by first-hand acquaintance with primary texts. The title essay has been hailed as the best-ever documentation of the disgraceful way in which Byron’s Memoirs were destroyed within days of his death being announced.

For anyone interested in Byron either as a man, a poet, or as a cultural phenomenon, The Burning of Byron’s Memoirs is essential reading.

Peter Cochran is well-known internationally as a Byron scholar. He edits the poet’s works and correspondence on the website of the International Association of Byron Societies.

"[T]he thirty-six essays and papers in this volume ... provide a representative taste of the staggering breadth of Cochran’s knowledge. There are essays on everything from Byron’s dirty jokes to his use of Shakespeare, his little-known charitable works, and the books he kept in his personal library. The glee that Cochran takes in stirring up his readers and fellow scholars (his papers have titles like “Why the English Hate Byron”) and his pervasive humour ... mirrors similar traits in Byron himself."

"The Burning of Byron’s Memoirs is an invaluable collection of the late Peter Cochran’s essays and papers written over twenty years. An independent scholar, Cochran was a leading authority on Byron for decades, and many of these essays have not been published before or even heard in public. [...] The essay from which the book gets its title is a tour de force of documentation, detailing the way Byron’s Memoirs were destroyed days after his death was announced. Each essay in this collection benefits from Cochran’s interest in contemporary issues—from geopolitics to sexual politics. [...] The Burning of Byron’s Memoirs affords its readers an insight into the enormous importance of Cochran’s work to Byron studies over the years."

"Unpublished material from the Newstead Review – plus some new essays. The title essay has never been done so well."