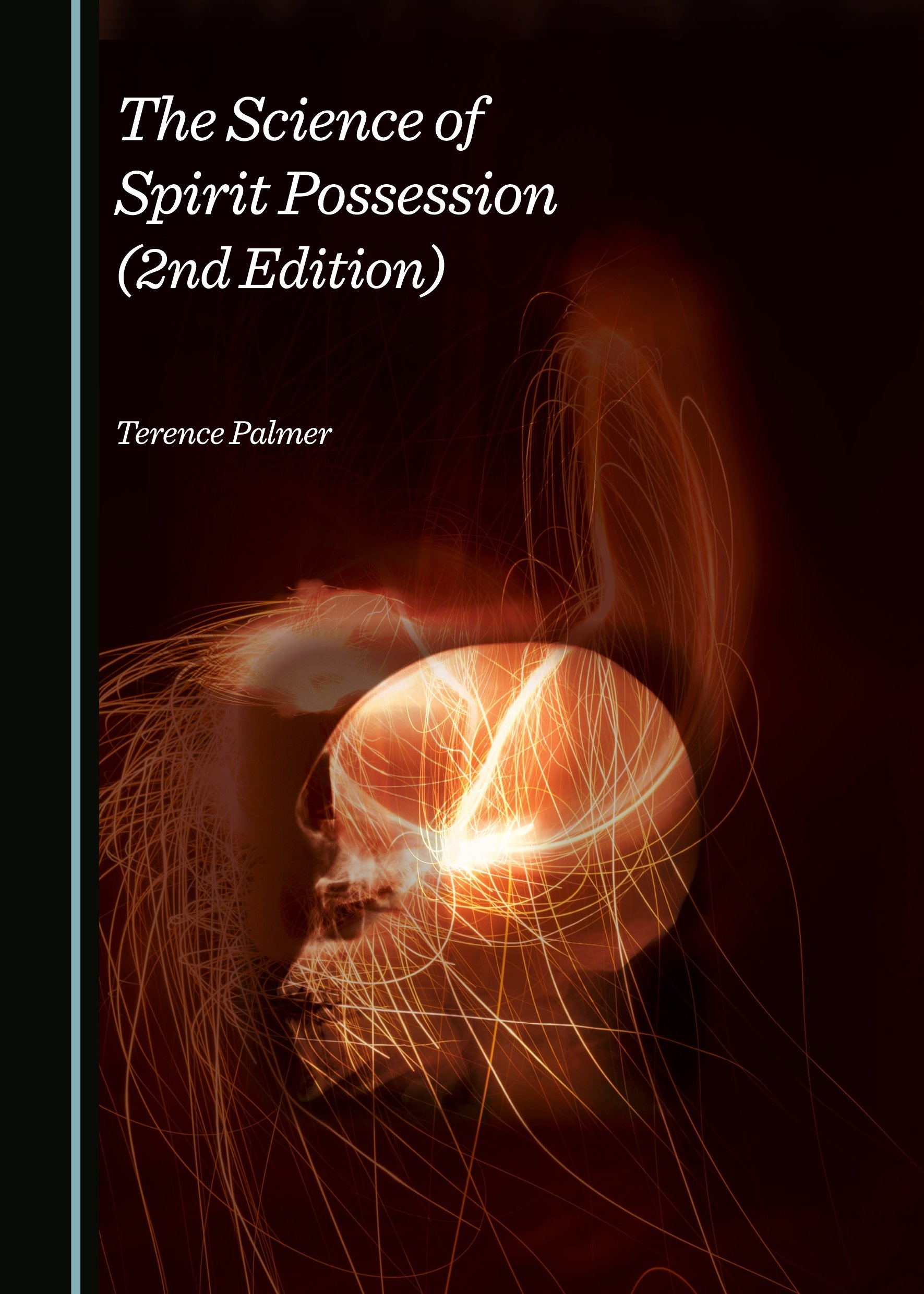 Spirit possession, attachment, poltergeist activity and the negative impact of obsession, infestation and harassment on psychological health, together with the methods of dealing with it, are contemporary issues that demand serious scientific research and academic study. Essential reading for anyone who is presented with the problem of identifying and dealing with negative spirit influence, whether they are a health professional, a service user or a research scientist, this book presents a complementary approach that is built upon the theoretical concepts and experimental methods of Frederic Myers, together with modern research findings in quantum theory and neuro-imaging.

Terence Palmer has a degree in Psychology from Canterbury Christ Church University and a Master’s degree in the study of Mysticism and Religious Experience from Kent University. He has been a hypnotherapist for 20 years and a spirit release practitioner for 12 years. His doctorate was awarded by the University of Wales at Bangor for his thesis on the scientific conceptual framework and research methods of nineteenth-century researcher F.W.H. Myers. He is the first practitioner to be awarded a PhD on the topic of Spirit Release Therapy in the UK. Terence is a member of The Society for Psychical Research and The Scientific and Medical Network, and he is a Fellow of the Royal Society of Medicine. Dr Palmer is an active lecturer in encouraging UK institutions to take up the challenge to test the efficacy of Spirit Release Therapy under controlled conditions.

“This book is a feast for those who would explore the many fascinating questions which Palmer raises. For anyone who is interested in the concept of spirit possession, this book is strongly recommended. Psychiatrists and psychologists with an open mind on the matter would do well to read it. […] I know of no other book on spirit possession which approaches this one in knowledge of the subject and in care and thoroughness of theoretical analysis. Terence Palmer is totally committed to his subject and is active in teaching new ways of spirit release. He demands and deserves our attention.”
Alan Sanderson
Paradigm Explorer 2019/3

"This book, based on Palmer’s Ph.D. thesis, is a scholarly and authoritative exploration into a little understood area of human experience. [...] The book sets out to challenge the current orthodox position on the causes of mental problems, which it does more than adequately [...] [and] for those interested in, or working with mental and psychological health, where a possible cause could be spirit intrusion in one form or another, it should be a must to have on the bookshelf."

David Furlong Director of the Spirit Release Forum and author of Illuminating the Shadow Network Review: Journal of the Scientific and Medical Network, 121 (2016/2)

"The Science of Spirit Possession is a commendable book and I recommend it. [...] It is refreshing to see such an erudite discourse, particularly when it comes to theory. Dr. Palmer knows the subject very well and it is evident."

Erika A. Pratte Journal of Exceptional Experiences and Psychology, 3: 1 (2015)

"This book contains so much valuable information for anyone who wishes to delve deeper into all aspects of the possession phenomenon, how it has been and is now being treated and all that this entails in various parts of the world."

"The new edition follows rapidly on the first; its appearance seems justified in that the updating and expansion helps turn the work into a more definitive text. It seems essential reading for anyone interested in survival of human personality and some of its consequences. [...] This book presents a scientific framework that can accommodate spirit possession as a valid human experience rather than as an outdated notion of supernatural beliefs."

John Poynton Journal of the Society for Psychical Research, 80:3 (2016)

"The Science of Spirit Possession is a book for anyone who seriously wants to examine the question of whether spirits exist and whether they can negatively affect a person emotionally and psychologically. In this book, Dr. Terence Palmer moves between the clinical evidence for the existence of spirits, on the one hand, and the search for a scientific conceptual model that can accommodate such phenomena, on the other. This book is an in-depth history of that search and argues for the model of mind and spirit developed by Cambridge scholar Frederic Myers, the 19th century co-founder of the British Society for Psychical Research. In this well-researched and well-reasoned work, Dr. Palmer offers psychology and psychiatry a scientific framework for recognizing and addressing metaphysical realities. The Science of Spirit Possession offers solid footing for those who are ready to look beyond the scientific materialism that holds us back."

"This book is the longed-for sequel to the work of an illustrious line of pioneers and unnamed therapists around the world whose efforts have benefited countless sufferers of spirit possession. Now at last comes the scientific connection - so necessary for the establishment of spirit release as an accepted therapy."

"I perceive this book to be not only a compendium of a vast number of exciting ideas and findings by many of the most knowledgeable psychical researchers since Victorian times, but also a classic example of a book that is able to be read comfortably, not only by dedicated researchers but also by most members of the general public who find themselves becoming increasingly interested in psychical matters."

"A serious scientific book on the subject of spirit possession, which has long been a subject of cultural curiosity for anthropologists and derision by psychiatrists."

"The proposed research project protocol in this book could bring very important findings."

"Spirit possession is a widespread phenomenon and has received a good deal of attention in anthropology, with a focus on indigenous tribal societies. It is much rarer to find it treated in Western society and moreover in a rigorous analytic way. Particularly welcome is Terence Palmer’s use of materials from the early Society for Psychical Research, especially the work and theories of F. W. H Myers."