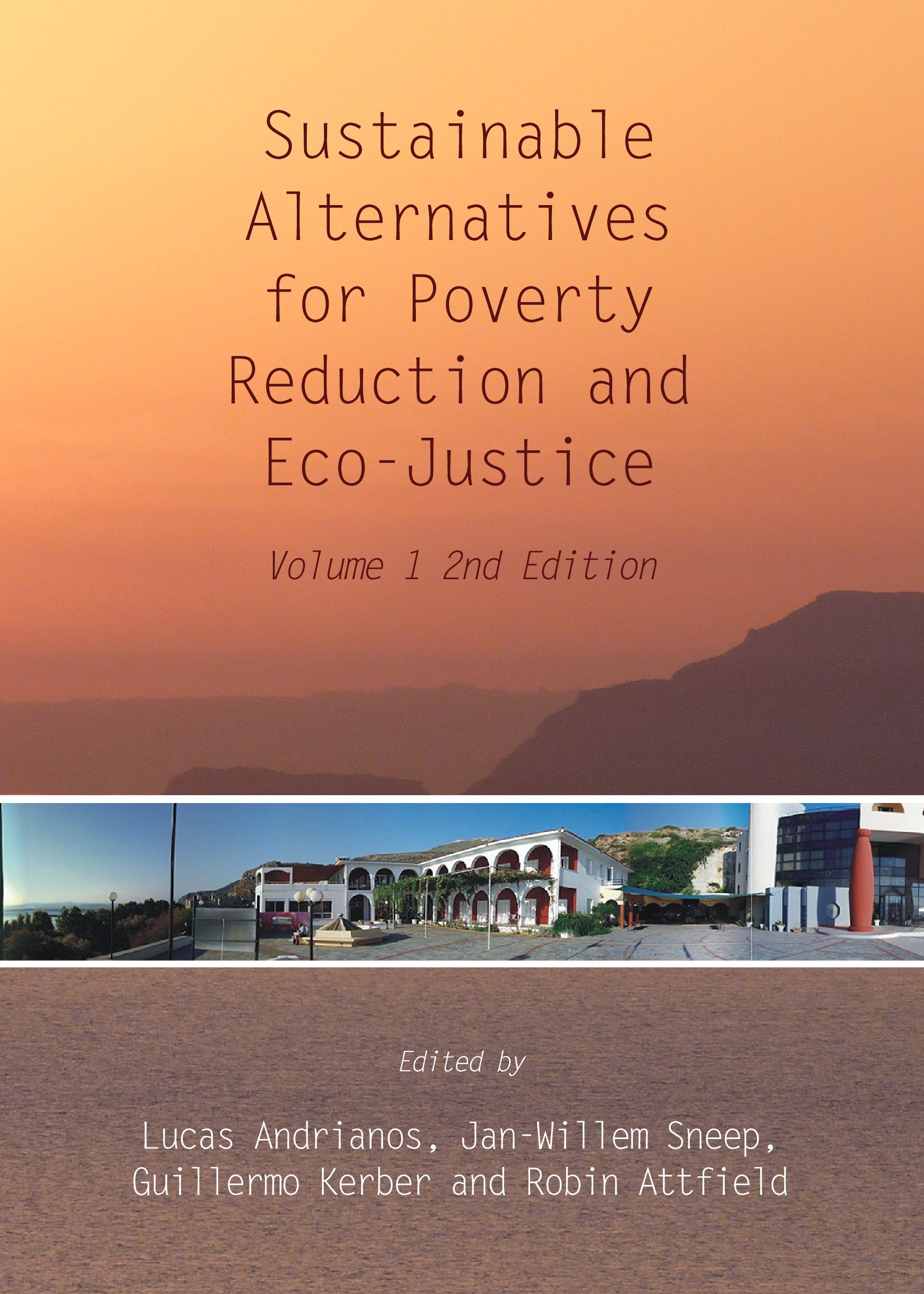 This book presents edited and revised versions of most of the papers presented at the First International Conference on Sustainable Alternatives for Poverty Reduction and Ecological Justice in 2012 (SAPREJ-12). The selected papers are classified into six thematic sections: Biodiversity and ecological crisis; Sustainability, religion and ethics; Climate change, eco-justice and health; Poverty, financial crisis and human rights; Green economy and food security; and Global crisis and case studies. SAPREJ-12 is a new initiative in sustainability development, and its methodological concept has opened new opportunities for analysis and criticism of the discipline. This book provides a useful perspective to evaluate the current ‘state of the art’ and the diversity of the approaches adopted in analysing poverty eradication and sustainable development.

Dr Lucas Andrianos was born in Madagascar in 1969. After graduating in Agronomy from the University of Antananarivo in 1993 and receiving his Master’s Degree in Hydrology from the University Libre of Brussels in 1995, he received his PhD from the Technical University of Crete in 2001, specializing in Sustainable Development and Fuzzy Assessment. He started his professional university career at SFU in Vancouver, Canada in 2002. Since 2006, he has worked at the Foundation for Research and Technology (FORTH) and at the OAC as Scientific Officer and Head of the Institute of Theology and Ecology, where he organizes various seminars, conferences and lectures. He is the founder and editor of a series of books on “Ecological Theology and Environmental Ethics” (ECOTHEE).

Dr Jan-Willem Sneep was born in The Netherlands in 1948. He is a biologist and studied biology (ethology and botany) at the University of Utrecht. He has worked at the Ministry of Agriculture, Nature and Food Quality and the Ministry of Economic Affairs in The Hague, and he served as Chair of the Planta Europa Network from 2004 to 2014.

Dr Guillermo Kerber was born in Uruguay in 1957. He currently coordinates the work on “Care for Creation and Climate Justice” at the World Council of Churches, based in Geneva, Switzerland. He holds academic degrees in Philosophy and Theology , and a doctorate in Sciences of Religion. He has authored several books, and currently sits on the board of the Global Call for Climate Action and the International Network for Human Rights.

Professor Robin Attfield was born in 1941, and studied Classics and Philosophy at Christ Church Oxford, being awarded first class honours in Literae Humaniores in 1964. Moving to Regent's Park College, Oxford, he studied Theology, and in 1966 was awarded first class honours in that subject. During the 1970s he became one of the pioneers of environmental philosophy. He was appointed as Professor of Philosophy in 1991, and is also the author and editor of many books in environmental ethics.