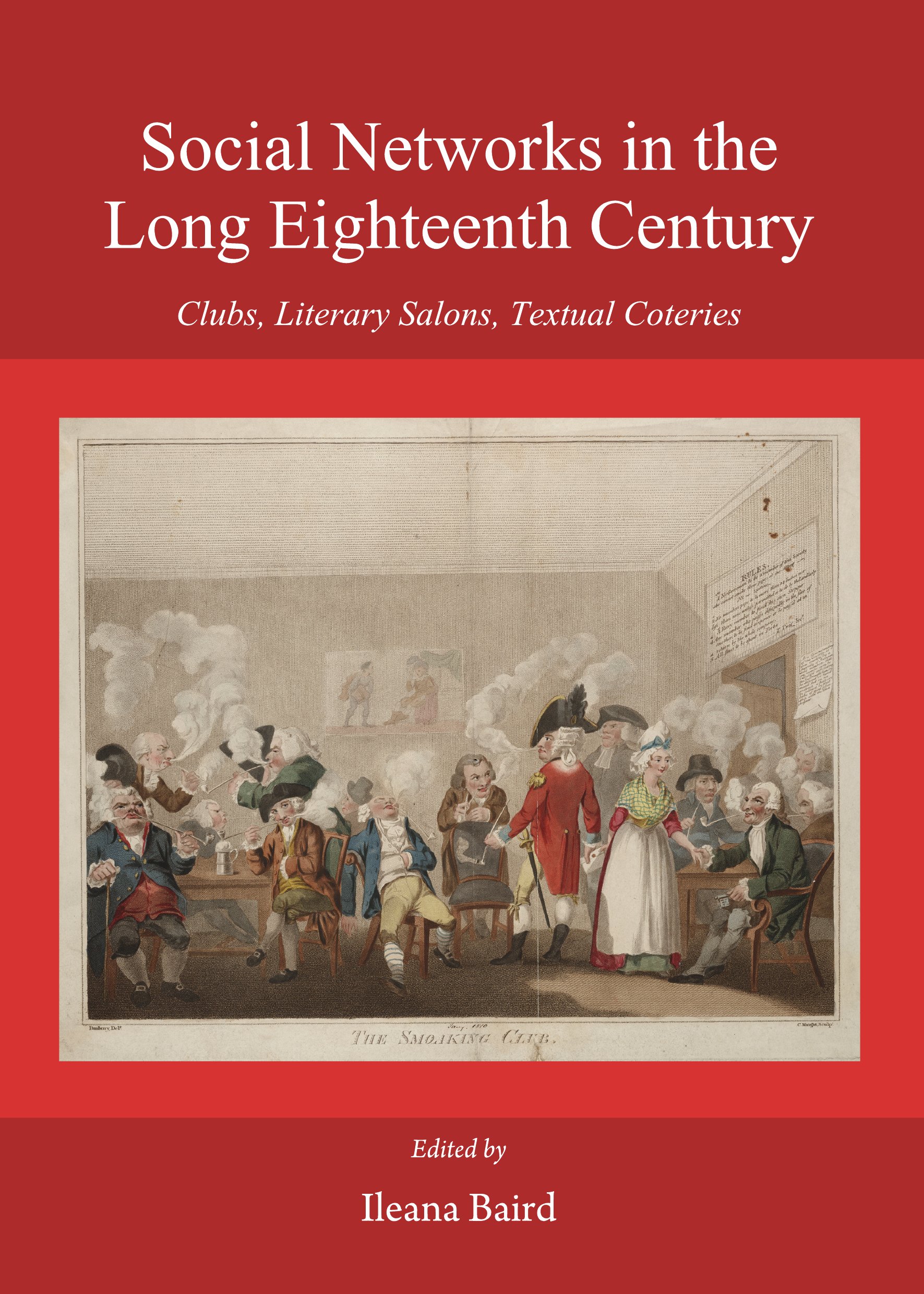 In an attempt to better account for the impressive diversity of positions and relations that characterizes the eighteenth-century world, this collection proposes a new methodological frame, one that is less hierarchical in approach and more focused, instead, on the nature of these interactions, on their Addisonian “usefulness,” declared goals, and (un)intended results. By shifting focus from a cultural-historicist approach to sociability to the rhizomatic nature of eighteenth-century associations, this collection approaches them through new methodological lenses that include social network analysis, assemblage and graph theory, social media and digital humanities scholarship. Imagining the eighteenth-century world as a networked community rather than a competing one reflects a recent interest in novel forms of social interaction facilitated by new social media—from Internet forums to various types of social networking sites—and also signals the increasing involvement of academic communities in digital humanities projects that use new technologies to map out patterns of intellectual exchange. As such, the articles included in this collection demonstrate the benefits of applying interdisciplinary approaches to eighteenth-century sociability, and their role in shedding new light on the way public opinion was formed and ideas disseminated during pre-modern times.

The issues addressed by our contributors are of paramount importance for understanding the eighteenth-century culture of sociability. They address, among other things, clubbing practices and social networking strategies (political, cultural, gender-based) in the eighteenth-century world, the role of clubs and other associations in “improving” knowledge and behaviors, conflicting views on publicity, literary and political alliances and their importance for an emerging celebrity culture, the role of cross-national networks in launching pan-European and transatlantic trends, Romantic modes of sociability, as well as the contribution of voluntary associations (clubs, literary salons, communities of readers, etc.) to the formation of the public sphere. This collection demonstrates how relevant social networking strategies were to the context of the eighteenth-century world, and how similar they are to the congeries of new practices shaping the digital public sphere of today.

Ileana Baird is a Postdoctoral Preceptorship Fellow at the University of Virginia. Her main areas of interest include eighteenth-century British literature, visual and material culture, and digital humanities. She is the co-editor of Eighteenth-Century Thing Theory in a Global Context: From Consumerism to Celebrity Culture (2014), the author of articles on Alexander Pope and his circle, and a translator of British and American writers. Her book project, Spaces, Things, Heterotopias: A Duncical Map of Early Eighteenth-Century British Culture, draws on historical, theoretical and quantitative methods to shed new light on publicness as an emerging category at the beginning of the eighteenth century.