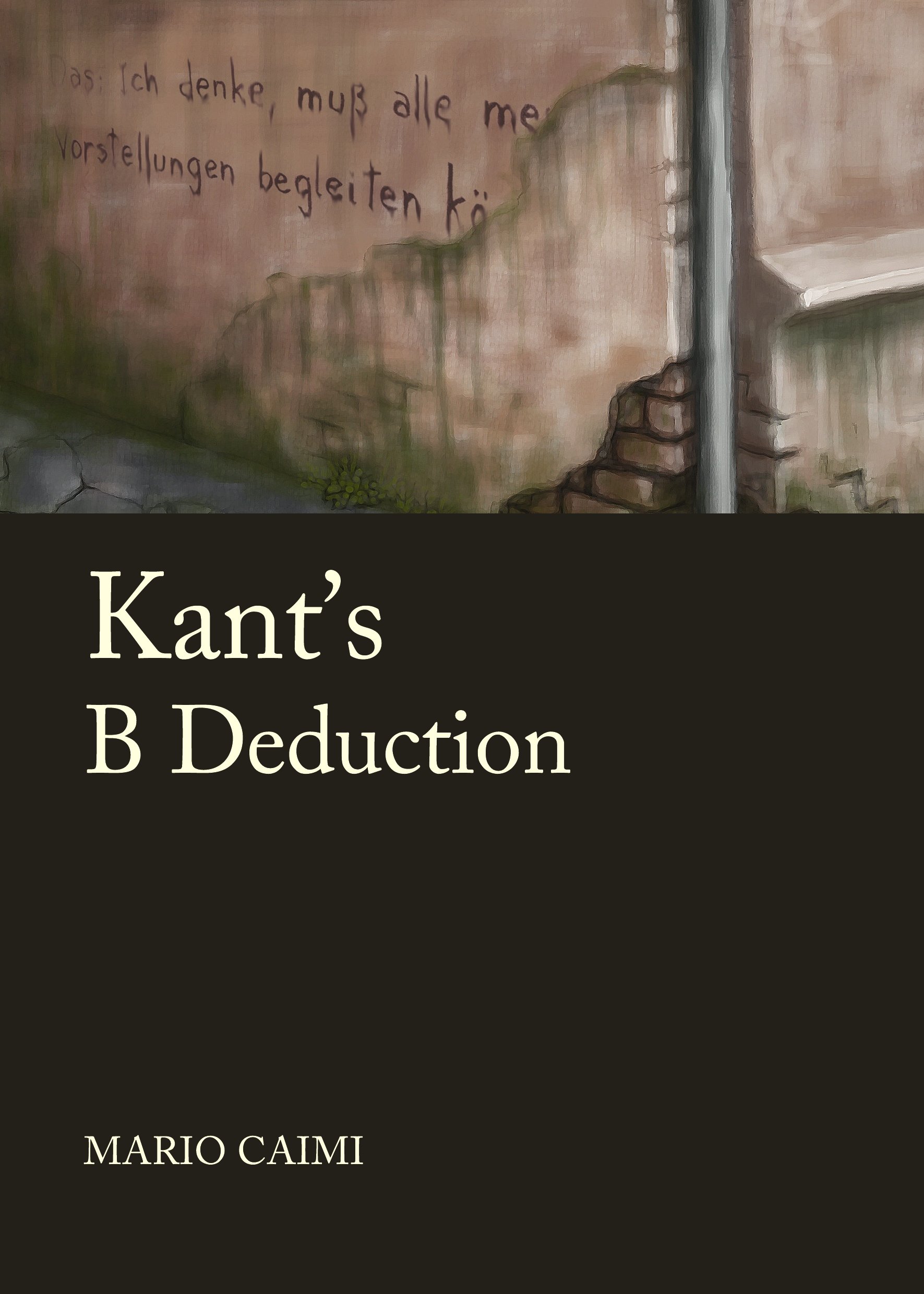 This book is organized as a commentary following the text of the B-Transcendental Deduction line by line. In so doing, it becomes evident that each step of the Deduction necessarily follows from the preceding step and is grounded in it, although not in the way the steps of a formal-logic deduction are. The primary hypothesis of this book is that the succession of steps is but the unfolding of the Principle of Apperception. The commentary assumes that the entire argument of the B-Deduction consists in a progressive enlargement and enrichment of the Principle of Apperception. The book draws its unity from this assumption, as well as from the strong concatenation of the successive steps. Focusing the monograph on the very narrow problem of the B-Deduction’s argumentative structure enables the author to settle several controversial questions, such as, for instance, those originating in the division of the B-Deduction in two steps, and that of the function of the doctrine of the transcendental subject expounded in paragraphs 24 and 25. Its comprehensive explanation of the Transcendental Deduction ensures that the book will be helpful to students of Kantian Philosophy, while its focus on a single problem will make it useful to specialists.

Kant’s B Deduction is part of the Kantian Questions series.

This book is part of a series. View the full series, "Kantian Questions", here.

Mario Caimi (born 1947) was, until his retirement in 2013, Professor of Philosophy at the University of Buenos Aires and a member of the Argentine Council for Scientific Research (CONICET). He has lectured in many universities in Europe and South America, and has written numerous essays on Kantian Philosophy. In 2010 he was awarded the International Kant Prize. His publications include “Einige Bemerkungen über die Metaphysische Deduktion in der Kritik der reinen Vernunft”, “Gedanken ohne Inhalt sind leer”, and “The logical structure of time according to the chapter on Schematism” in Kant-Studien; “Zur metaphysischen Deduktion der Ideen in der Kritik der reinen Vernunft” in Methodus; “Selbstbewußtsein und Selbsterkenntnis in Kants Transzendentaler Deduktion” in Probleme der Subjektivität in Geschichte und Gegenwart; “Comments on the conception of Imagination in the Critique of Pure Reason” in Akten des X. Internationalen Kant-Kongresses; and Leçons sur Kant: La déduction transcendantale dans la deuxième édition de la Critique de la raison pure.

"This book puts forward precise objectives which it meets clearly and profoundly. Without deviating unnecessarily into a discussion of secondary problems that would make the reader lose focus of the central themes, the author shows the logical concatenation of the argument in the Deduction step by step. [...] This text will be a mandatory point of reference in the future for Kantian specialists who intend to study transcendental deduction. In this short but convincing, clear and logically structured work, we have an example of philosophically profound and academically rigorous research."

"The B-Deduction is covered in its entirety, including notoriously obscure passages such as the discussion of self-affection in §24 or the footnote at B160. This makes it fit to be read alongside the primary text. And ... it succeeds in providing orientation to the reader, especially the non-specialist. [...] [It is a] rich and detailed reading of the Deduction...."