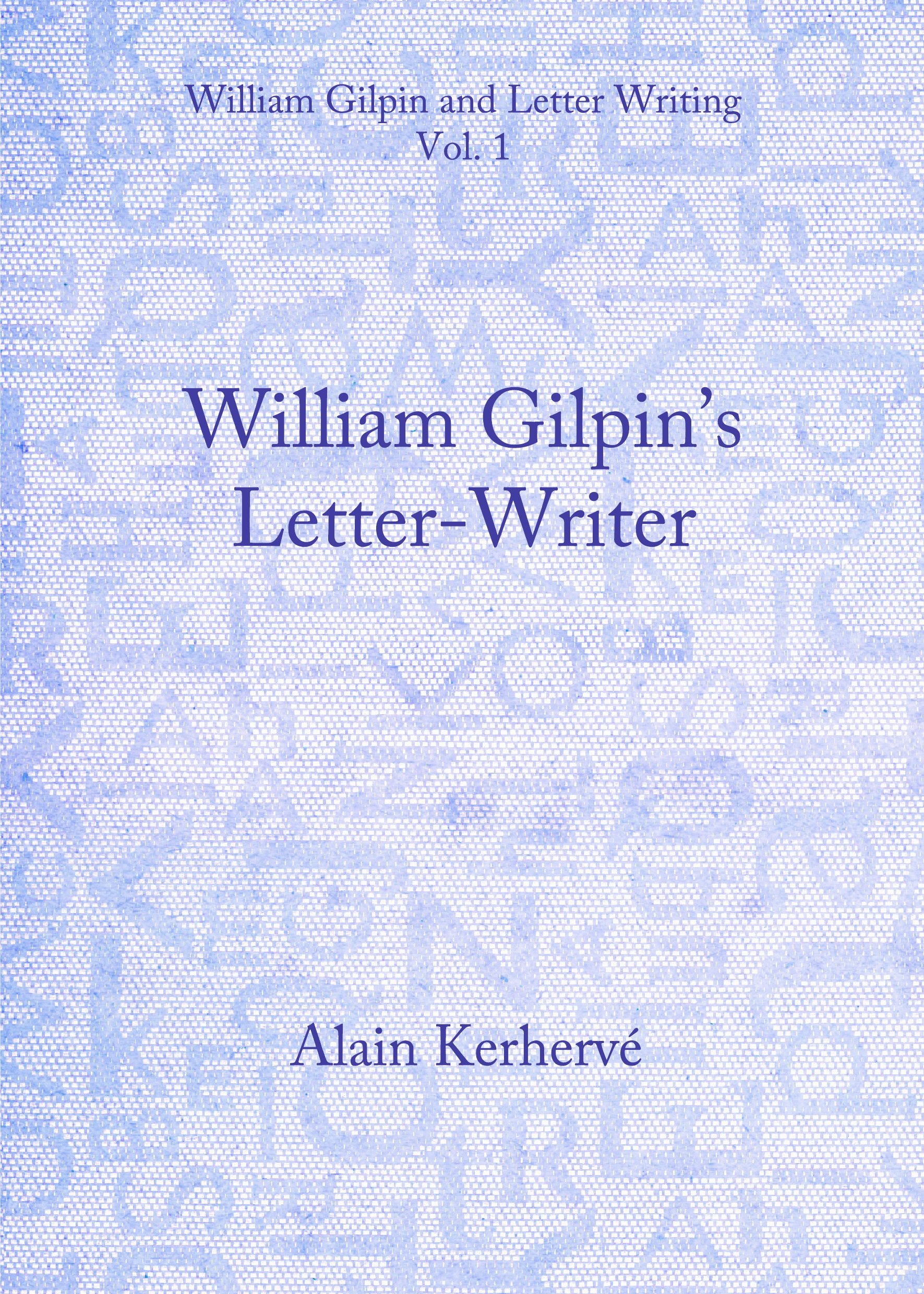 Among the numerous letter-writing manuals which were printed in eighteenth-century Britain, a few were authored by such famous novelists as Samuel Richardson or Daniel Defoe.

The present volume is a first-time edition of an autograph manual devised by William Gilpin, commonly known as one of the theoreticians of the picturesque, which he intended either for individual use in the schools he was teaching or for publication.

The manual was exclusively devised for boys and men. Although its primary purpose was to provide models of letters on various occasions (at school, in apprenticeship, in debts, in mourning), its content is also partly fictional, since several groups of letters provide short stories about the lives of young soldiers writing home, reformed rakes making a fortune in India or fathers trying to correct their sons’ misdemeanours. The whole tone is highly moral, since the manual was also conceived as a work of edification. As such, it is an excellent counterpart to the correspondence which William Gilpin exchanged with his grandson, William Writes to William: The Correspondence of William Gilpin (1724–1804) and his Grandson William (1789–1811) (Cambridge Scholars Publishing, 2014).

The manual is presented with an introduction, notes, index and appendix of a list of eighteenth-century letter-writing manuals, focusing on the issues of sources, society and epistolary writing.

William Gilpin (1724–1804) is commonly known as one of the originators of the idea of the picturesque. He was also an Anglican clergyman, a schoolmaster with modern educational ideas and the author of several biographies, tours and essays.

The present edition provides a first insight into his more personal writings, since it is made of the correspondence he exchanged with his grandson between 1794 and 1803. It is teeming with personal, intimate detail on his daily life, domestic and aesthetic concerns. The letters also deal with such various topics as nature, architecture and religion. The relationship is highly pleasurable and discloses the art of being a grand-father, as well as illustrating the first steps of a young boy’s writing of letters.

The correspondence is presented with an introduction, notes and index, focusing on the issues of sources, society and epistolary writing.