Incarnations of Material Textuality: From Modernism to Liberature 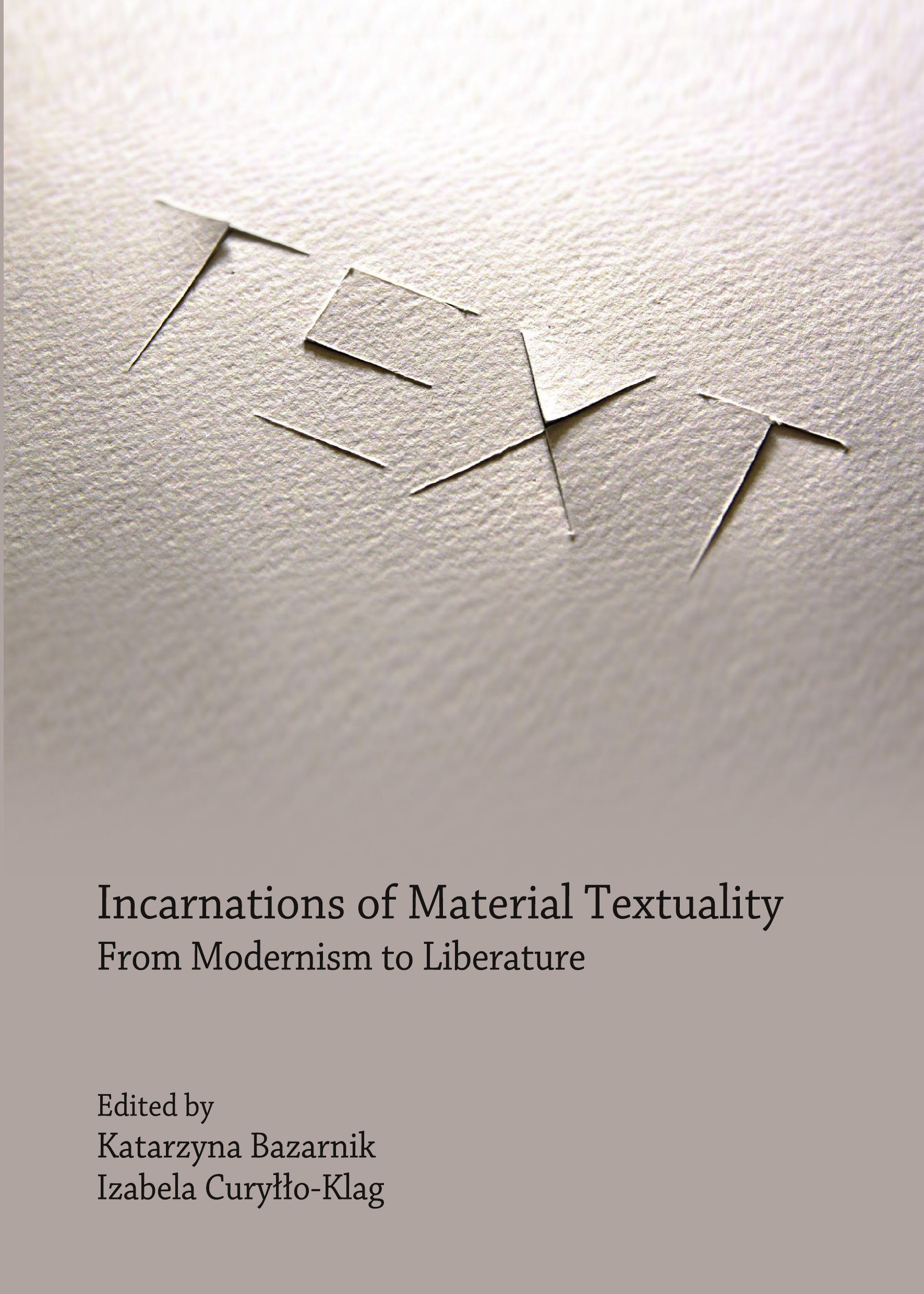 Liberature – coined from the Latin liber – is simultaneously a movement in contemporary Polish literature, and a term referring to literary works that integrate text and material features of the book into an organic whole in accordance with the author’s design. The present volume collects essays inspired by this theoretical concept, first proposed by Polish poet Zenon Fajfer in 1999, but soon picked up and elaborated on by international scholars. As noted by the contributing authors, preceding Jessica Pressman’s idea of “bookishness” and coinciding with N. Katherine Hayles’ fundamental writings, liberature appeared at the end of the 20th century, “as if to resume and systematize the intuitions and provocative statements” of writers concerned with the future of the book. It fits into a wider turn towards the recognition of the embodied nature of information in anthropology, literary, textual, media and AI studies. Yet its distinctness consists in the fact that it was suggested by a creative writer, and that it proposes to see the authorially-shaped materiality of writing in terms of a literary genre. The essays collected here present the modernist roots and inspirations of liberature, address the semantics of typography and the question of materiality of literary writing, and explore how the “abstract body of the printed book is transformed into an experience of embodiment.” The volume is completed with a reprint of Fajfer’s seminal essays with a view to making them more available to English-speaking readers.

Katarzyna Bazarnik is Assistant Professor at the Institute of English Studies of the Jagiellonian University in Krakow. She has published Joyce and Liberature (2011), edited and co-edited several volumes, including James Joyce and After: Writer and Time (2010), and co-authored liberatic books, namely a triple-volume, Oka-leczenie (Mute-I-Late), and (O)patrzenie (Ga(u)ze, 2003), written jointly with Zenon Fajfer.

Izabela Curyłło-Klag teaches British literature and culture at the English Department of the Jagiellonian University in Krakow. Her areas of expertise include modernist art and literature, representations of history in fiction, comparative studies, and the reception of Polish authors abroad. She has published a book on violence in early modernist novels and numerous articles on Witkacy and Wyndham Lewis.

"The presented monograph provides a complex perspective on a given subject—from the scrupulous introduction to interesting analysis of particular ‘liberacy’ examples and translations of Zenon Fajfer’s groundbreaking texts. Therefore, Incarnations of Material Textuality seems to be a perfect choice for those English readers who have encountered material texts (liberature) and now need a professional, scholar guidance through this multifarious domain of textuality."

"Incarnations of Material Textuality. From Modernism is Liberature, edited by Katarzyna Bazarnik and Izabela Curyłło-Klag, offers an opportunity for broader and deeper considerations related to one of the most signifi cant events in Polish literature of the last two decades, that is, liberature. Seven other articles in the collection discuss the modernist lineage of “total literature” (Katarzyna Bazarnik, Izabela Curyłło-Klag, Emiliano Ranocchi), combining it with the artistic work of Bruno Schulz (Ariko Kato) and the music and sound concepts proposed by John Cage (Michał Palmowski). The authors of specifi c chapters show that each reading of Zenon Fajfer and Katarzyna Bazarnik’s Oka-leczenie produces a slightly different work (Agnieszka Przybyszewska), and that “liberary” projects are taking place outside of Poland, as well (Krid de Tollenaere and Jeanine Eerdekens)."