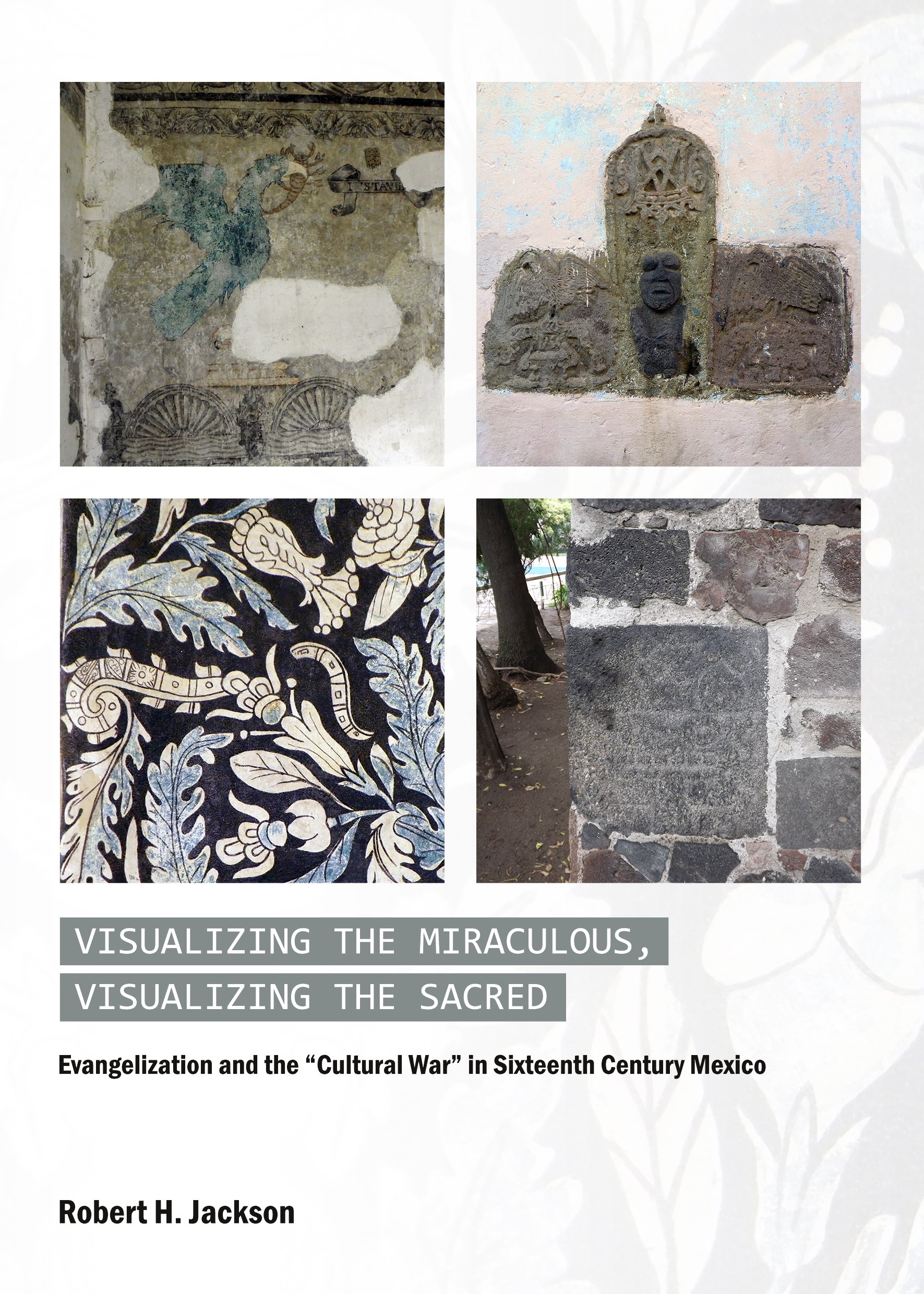 French historian Robert Ricard postulated a quick and facile evangelization of the native populations of central Mexico. However, evidence shows that native peoples incorporated Catholicism into their religious beliefs on their own terms, and continued to make sacrifices to their traditional deities. In particular the deities of rain (Tlaloc and Dzahui) and the fertility of the soil (Xipe Totec) continued to be important following the conquest and the beginning of the so-called “spiritual conquest.” This study examines visual evidence of the persistence of traditional religious practices, including embedded pre-hispanic stones placed in churches and convents, and pre-hispanic iconography in what ostensibly were Christian murals.

Robert H. Jackson is a specialist in colonial and modern Latin American history. He received his doctorate from the University of California, Berkeley in 1988. His research interests include liberalism, the caste system, historical demography, and missions and evangelization. In 2013, Brill published his monograph Conflict and Conversion in Sixteenth Century Mexico: The Augustinian War on and beyond the Chichimeca Frontier. Jackson currently lives in Mexico City.