Home / Buy A Book / Social Sciences / One Magisterium: How Nature Knows through Us

One Magisterium: How Nature Knows through Us 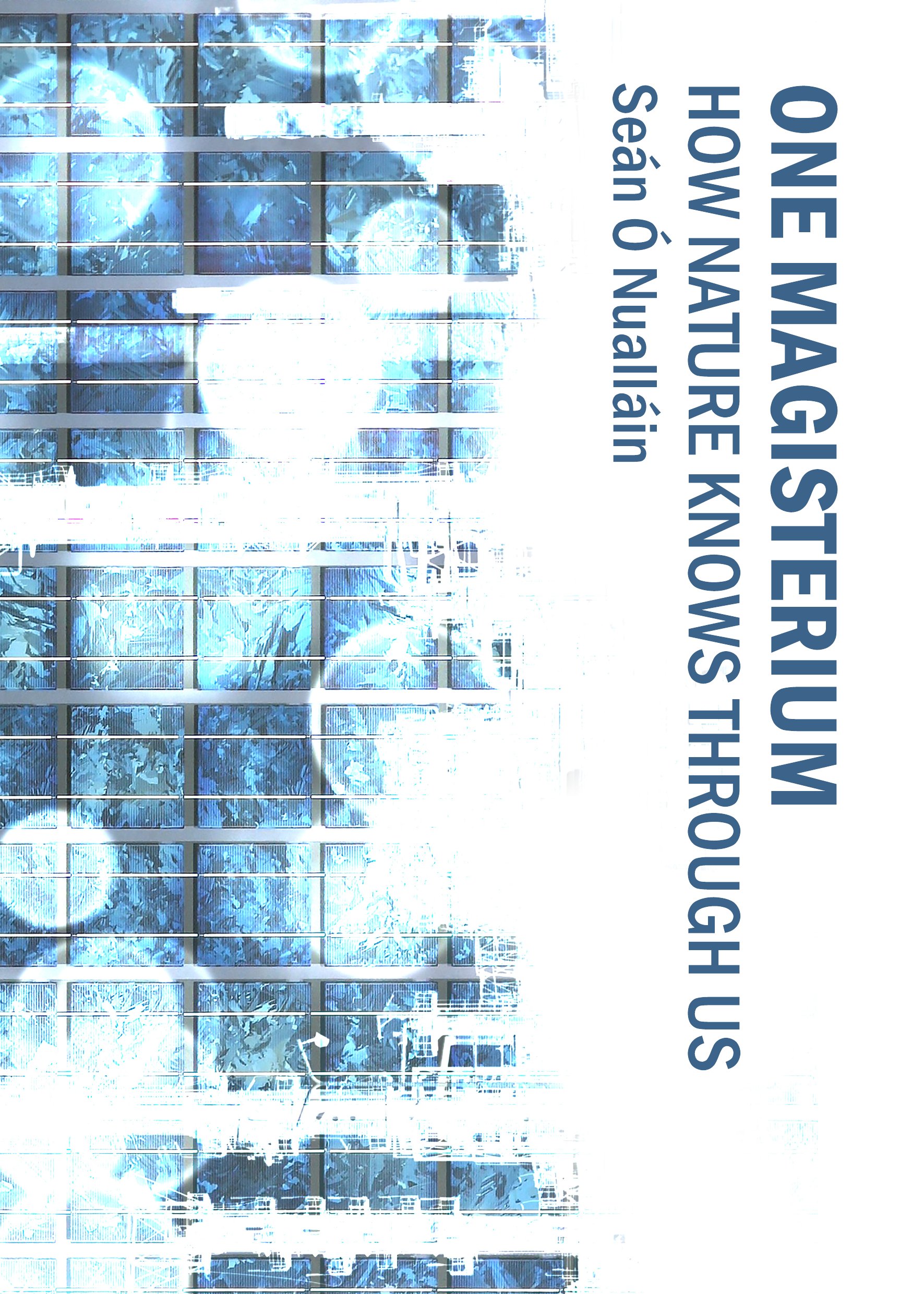 For the first time, an author with peer-reviewed published work in neuroscience, comparative religion, theoretical biology and many facets of cognitive science takes on the Big Issues of science and religion, as well as the current paralysis in real innovation. This book ends with a remarkable conclusion; if attention is paid to ontology, to levels of being, algorithms work better and damaging culture clashes in 21st century society disappear.

Seán Ó Nualláin holds an MSc in Psychology from University College Dublin (UCD), Ireland, and a PhD in Computer Science from Trinity College, Dublin, Ireland. He has been a Visiting Scholar at both Stanford and the University of California at Berkeley (2002–2012), eventually being appointed a faculty member by academic senate in both institutions. He directs the independent college trading as University of Ireland in the US. He has held visiting positions at Stanford and the University of California at Berkeley in computer science, philosophy, molecular and cell biology, and neuroscience. In 2014, he ran the Foundations of Mind conference at UC Berkeley, with proceedings published by Cosmos and History (Volume 1, 2014) and Cambridge Scholars Publishing (Volume 2, in press). One Magisterium is the third volume in this series, titled “New Millennium Mind”. This work was overtured in a set of papers published between 2008 and 2012: “God’s Unlikely Comeback: Evolution, Emanation, and Ecology” and “Remarks on the Foundations of Biology”, both published in Cosmos and History: The Journal of Natural and Social Philosophy.

“How to “review” this sprawling, brilliant, eclectic, myriad, mosaic, welter of issues and ideas, most brilliant and an interwoven tapestry? Reading it made the hairs on the back of my head stand on end, awed at its range, its ambitions, its hopes, its daring. At the heart of this book […] is O’Nuallian’s deep humanity. He longs for us to seek that full humanity, he longs to enjoin us, provoke us, evoke us, confuse us, poke us to awake. One Magisterium is a sprawling, confusing, provoking masterpiece.”
—Stuart Kauffman, Cosmos and History: The Journal of Natural and Social Philosophy, 10.2, 2014

“From the first page to the last, a sustained and dazzling burst of light illuminating the fundamental questions and the presumed ‘answers’ within the scientific, philosophical and spiritual world now radically changing before our eyes.”
—Jacob Needleman, author of An Unknown World: Notes on the Meaning of the Earth

“Seán Ó Nualláin throws open the windows of the house of scientific theory to admit the fresh wind of a courageous new multidisciplinary set of ideas about the nature of consciousness and its effort—pursued through us—to know the universe. In doing so, he exhibits a creative rather than a restrictive rationality as well as a sense of humor, welcoming artists and lay people, as well as scientists and other scholars, to a sanguine and surprising view of the future of knowledge.”
—Jack DuVall, President, International Center on Nonviolent Conflict

“One Magisterium represents an uncommon approach and thematises how nature becomes aware of itself in one of its species: in the human mind and consciousness. Sean Ó Nualláin transcends naturalism, objectivism, scientism and the dogmatic belief states of various religious traditions. He looks at nature from a variety of perspectives, uniting them into an ontology of active contemplation on who we are, how we think, and how we are able to express, describe and understand things, and is aware that if quantum mechanics meets social sciences, or if biosemiotics meets molecular biology, all will result in a coherent way of living in peaceful harmony with nature. The method which Sean Ó Nualláin is developing is, consequently, ‘bionoetics’; at one with the universal laws of nature without embracing scientific reductionism, but instead looking at the whole. New generations of science, fine arts and spirituality, freed of former dogmatic traditions, will be able to do justice to this approach.”
—Dr Günther Witzany

"One Magisterium provides extraordinary insights into the current state of consciousness research presented by Foundations of Mind conference organizer, Seán Ó Nualláin. One Magisterium is an ambitious and complex book that goes beyond merely reporting on some of the most exciting scientific findings to directing our attention toward the importance of establishing a "noetic language" for each dimension of reality that we humans experience. Packed with frequent references to Ó Nualláin's previous writing and the works of many of the world's greatest philosophers and scientists, One Magisterium is a feast of big ideas as they come together in extraordinarily creative new ways at the frontiers of science where physics, philosophy, neuroscience, cognitive science, linguistics and biology intersect."