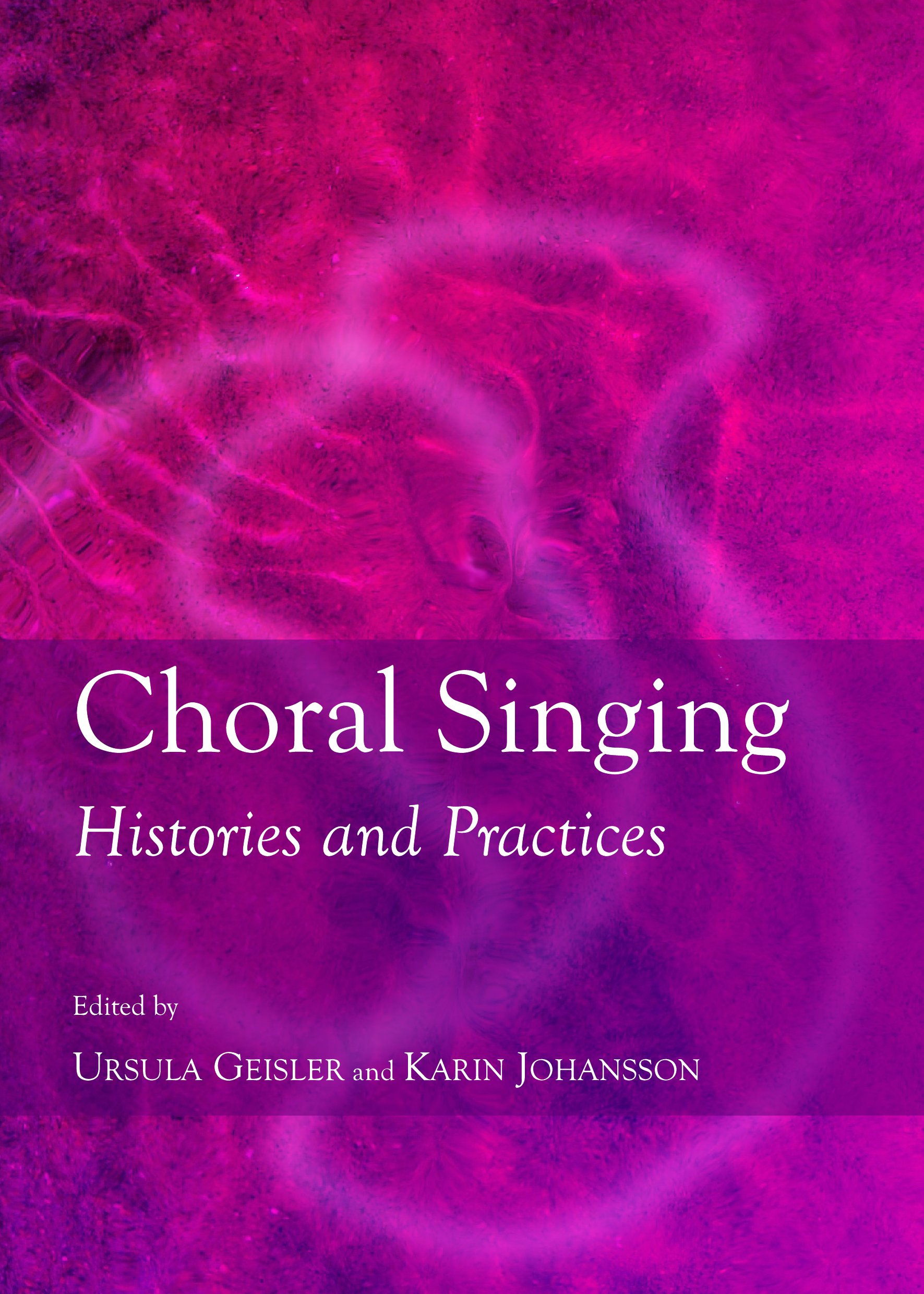 What role does contemporary choral activity play in the construction of social and musical meaning? How can historical knowledge and analysis shed light on contemporary choral problems and possibilities? And how can choral research promote the development and expansion of new music today? Questions like these are addressed in this anthology from a wide range of disciplines and perspectives. The book comprises a selection of papers presented at the International Conference on the Concepts and Practices of Choral Singing in Lund, Sweden, in October 2012. The aim of the conference was to highlight the contemporary dynamic developments in choral research, and to explore interdisciplinary investigations and interaction between practice-based and historical approaches.

The conference was also the fourth meeting of the network “Choir in Focus”, which was initiated in 2009 at Southern Choral Centre (Körcentrum Syd), a joint venture between Malmö Academy of Music, the Department of Musicology, Odeum (all at Lund University), Malmö Symphony Orchestra and Music South (Musik i Syd), Sweden.

The continuous ambition of the network has been to provide a forum for co-operation across national and disciplinary borders and to encourage debates around the musical and social function of choirs in modern society as mirroring collective and individual needs for meaning, music-making and well-being.

In the introductory chapter, the editors describe choral practice as a field of simultaneous (re)presentation, (re)production and (re)creation, and suggest that these three aspects may be seen as umbrella themes for the fifteen chapters of the anthology. The authors come from Sweden, Norway, Finland, Estonia, Germany, United Kingdom, Portugal and Belgium, and explore choral practice from differing theoretical and methodological starting points. Together, they contribute to a transdisciplinary discussion about the origins, functions and meanings of choral singing.

Ursula Geisler is an Associated Senior Research Fellow at the Department of Arts and Cultural Sciences, Lund University, and producer at Southern Choral Centre (Körcentrum Syd). Her thesis ‘Gesang und nationale Gemeinschaft. Zur kulturellen Konstruktion von schwedischem “folksång” und deutscher “Nationalhymne”’ (Nomos 2001) focused on transnational aspects of singing, including different choir and chorus aspects from the French Revolution until the end of World War II. In her research, she is interested in transnational music aspects and the history and development of musical ideas as well as music transformations in society. She is co-director of the international research network “Choir in Focus” which she initiated together with Karin Johansson.

Karin Johansson is a performing organist, and Senior Lecturer and Director for Artistic Research at the Malmö Academy of Music, Lund University, Sweden. Her research focuses on improvisation, higher music education and the development of methods for collaborative, practice-based studies of musical practice. She is the co-director of the international research network “Choir in Focus”.