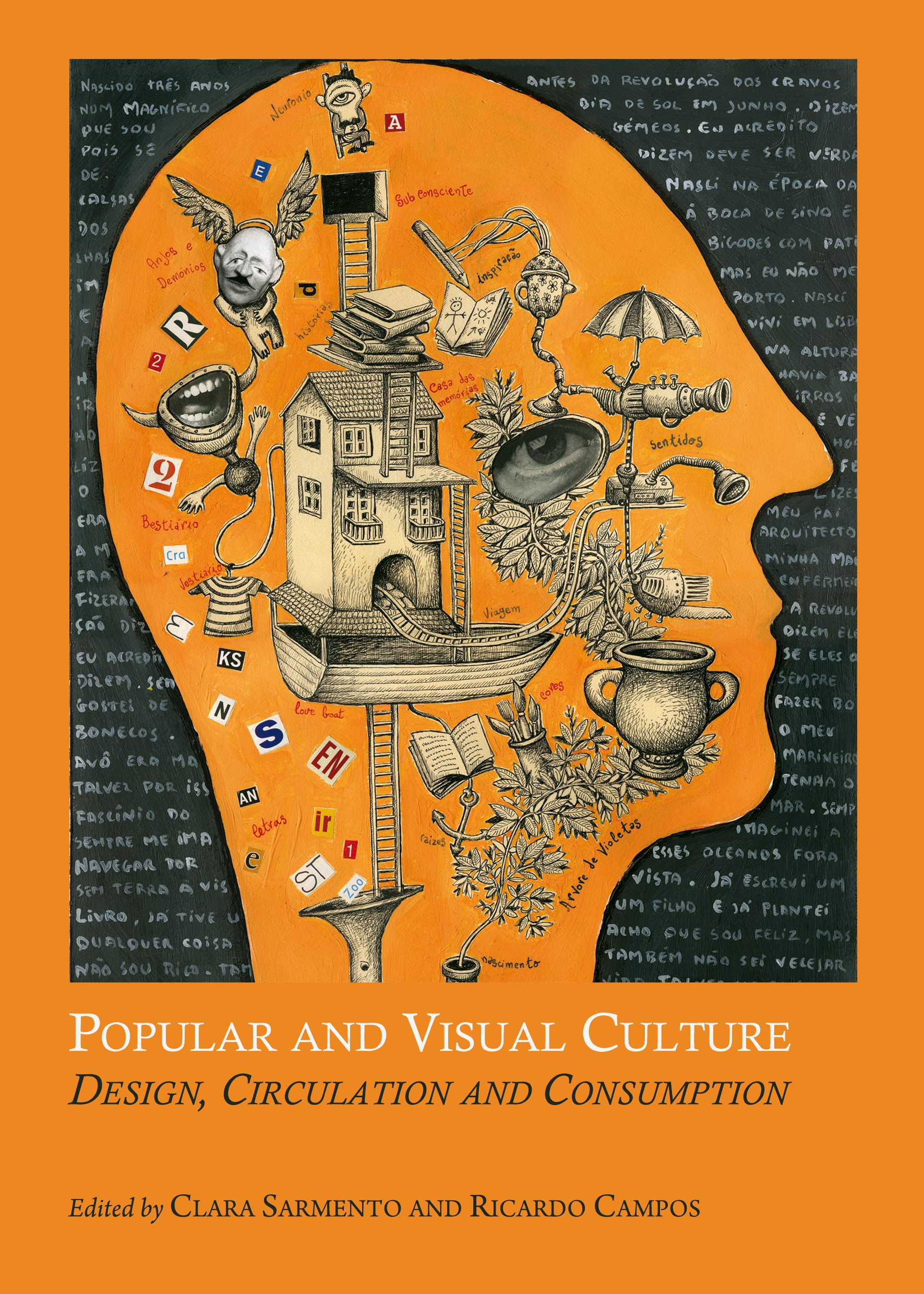 Popular and Visual Culture: Design, Circulation and Consumption is a transnational project that fosters a dialogue with multiple origins, both in geographical and academic terms. From the onset, this book questions the concepts of visual and popular culture, terms which are currently applied both to describe scientific fields, as operative concepts in theoretical discourse, and to characterize specific cultural contexts.

The book’s analysis and categorization of visual and popular culture pursues discourses and practices which mark different historical eras and shape social orders. Because popular iconic and written productions are the outcome of a network of political, economic, ideological and social circumstances that are often hardly detectable and too taken for granted to be critically recognized, even by those who draw, paint or write (and live) under their influence. That is why visual figurations of popular culture should be studied as the support of a deeply motivated symbolic discourse on the values shared by a community.

This book deals, in a way or another, with how popular and visual artefacts and sceneries are socially built, preserved and/or contested. The volume brings together, not only different disciplinary perspectives, but also diverse empirical phenomena, while approaching the wide subject of visuality and popular culture.

Clara Sarmento, PhD in Portuguese culture, develops her research on popular culture and intercultural representations as the coordinator of the Centre for Intercultural Studies of the Polytechnic Institute of Porto, where she is a tenured Professor and the Director of the Master’s programme in Specialized Translation. She is the author of numerous essays, books and conferences on literary, gender and cultural studies, and the recipient of several international awards.

Ricardo Campos (PhD) is a Research-Fellow at the Centre of Migrations and Intercultural Relations Studies and Assistant Professor at Universidade Aberta, Lisbon. He is one of the editors of the Brazilian academic journal Cadernos de Arte e Antropologia [Journal of Art and Anthropology] and the founder and co-coordinator of the Luso-Brasilian Research Network on Urban Arts and Interventions. His research interests include graffiti, urban cultures, youth cultures, visual anthopology, visual culture and digital media.

Nuno Duarte and Rúben Rodrigues de Pinho graduated in Translation and Business Assessment at the Polytechnic Institute of Porto, after working as junior researchers at the Centre for Intercultural Studies. Rúben Pinho is now an MA student in Business Management and a translator in health sciences. Nuno Duarte continues his research on postcolonial studies, while working as a freelance translator and interpreter.