Home / Buy A Book / Social Sciences / Fighting Cane and Canon: Abhimanyu Unnuth and the Case of World Literature in Mauritius

Fighting Cane and Canon: Abhimanyu Unnuth and the Case of World Literature in Mauritius 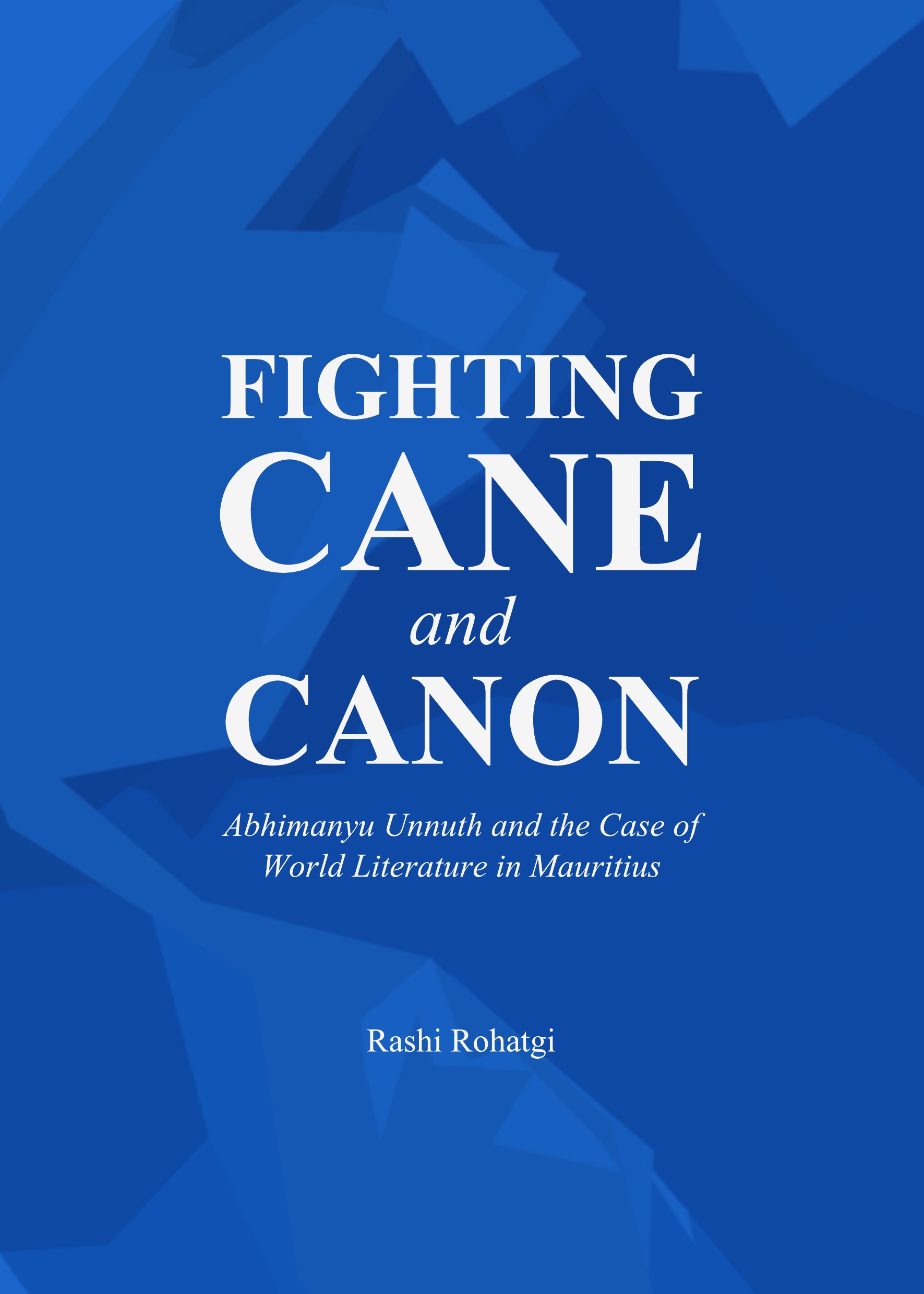 Fighting Cane and Canon: Abhimanyu Unnuth and the Case of World Literature in Mauritius joins the growing field of modern Indian Ocean studies. The book interrogates the development and persistence of Hindi poetry in Mauritius with a focus on the early poetry of Abhimanyu Unnuth. His second work, The Teeth of the Cactus, brings together questions about the value of history, of relationships forged by labour, and of spirituality in a trenchant examination of a postcolonial people choosing to pursue prosperity in an age of globalization. It captures a distinct point of view – Unnuth’s connection to the Hindi language is an unusual reaction to the creolization of the island – but also a common experience: both of Indian immigrants and of the reevaluation of their experience by Mauritians reaching adulthood, as Unnuth did, with the Independence of the Mauritian nation in 1968. The book argues that for literary scholars, reading Abhimanyu Unnuth’s poetry raises important questions about the methodological assumptions made when approaching so-called marginal postcolonial works – assumptions about translation, language, and canonicity – through the emerging methodologies of World Literature.

Rashi Rohatgi (PhD School of Oriental and African Studies, MA University of Chicago, BSc Georgetown University) writes on world literature. She is a regular contributor to Wasafiri, recently reviewing Poetics of Dislocation. She also writes extensively on Mauritian literature, including “Postcolonial Hindi Translation in Mauritius” in issue 42 of Matatu (Spring 2013).

"Fighting Cane and Canon: Abhimanyu Unnuth and the Case of World Literature in Mauritius by Rashi Rohatgi makes a significant contribution to the burgeoning field of Indian Ocean Studies in relation to the field of World Literature. Her exploration of the poetry of Abhimanyu Unnuth brings to the fore the work of this important Mauritian poet, and shows how he is of significance both in terms of the local Mauritian literary scene as well as in connecting with the global. In a country where languages form part of a hierarchy, this consideration of Hindu writing emphasises the ways in which alternative literary networks can be formed outside of those more centralized notions of World Literature. Writing in French and English form the main literary outputs of Mauritius and these linguistically connect into Western literature and their canonicity, which tends to organises the canon though a ‘centre’ and ‘periphery’ binary in considering World Literature. The Hindu writing of Unnuth instead sees connections with the Indian Ocean World creating an alternative model of World Literature than the usual postcolonial fare. Rohatgi makes the very valid point, however, that Unnuth is not merely a writer seeking recognition outside of his locale; he is also a poet who brings the world to his Mauritian audience through his inter-textual connections with a wide range of other poets and literary forms. Rohatgi shows in her analysis that Unnuth, by acting between the local and the global, can politically address what he sees as some of the ills of Mauritian society: for example, corruption and poverty within the Indo-Mauritian community. By being open to the world, Unnuth uses his poetry to help that community to reconsider its history, its place in Mauritius and in a wider society. Rohgati’s attention to the methodologies of the study of World Literature are also a welcome and insightful development to the research field. Instead of the usual insistence on broad comparisons in World Literature, she shows through her focus on poetry that close reading too has a place in developing and expanding the World Literary canon. This insight is of major importance for any scholar working in World Literature and takes this book from the particular example into a broader relevance to literary scholarship."

"This book offers the first sustained interpretation of the Hindi poetry of Abhimanyu Unnuth, a writer from the Indian Ocean island of Mauritius. Through a fine-grained analysis of his poems, Rahotgi shows Unnuth to be a writer who draws Mauritian literary traditions into global poetic conversations. The book engages with larger themes that reflect critically on world literature and its limited capacities to make sense of writers like Unnuth. Bringing Mauritian Hindi work to a wider Anglophone audience, the book enlarges our sense of what world literature should be. It is one of the first studies of Hindi literature considered within the framework of the Indian Ocean world and makes a significant contribution to this rapidly growing field."