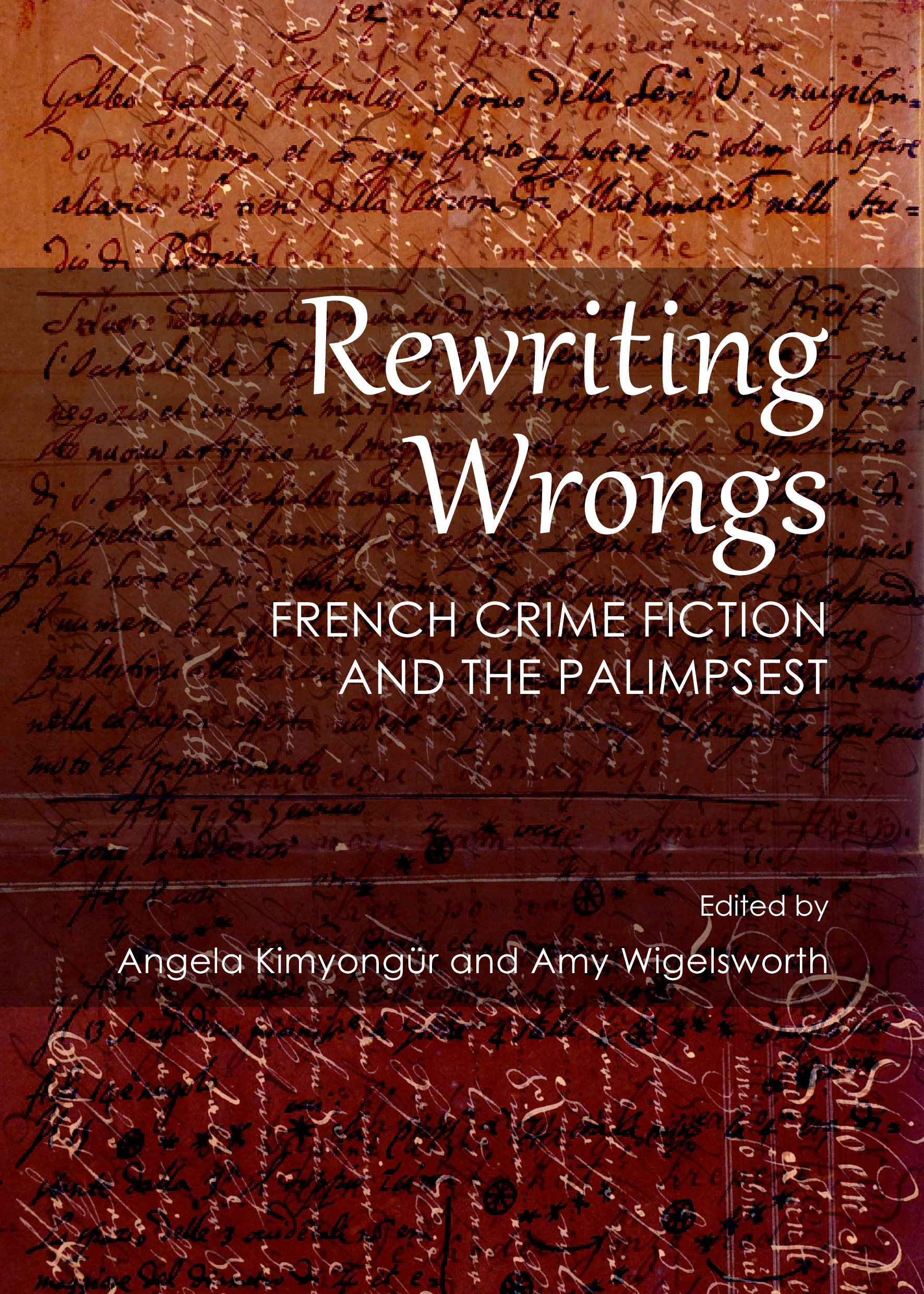 Rewriting Wrongs: French Crime Fiction and the Palimpsest furthers scholarly research into French crime fiction and, within that broad context, examines the nature, functions and specificity of the palimpsest. Originally a palaeographic phenomenon, the palimpsest has evolved into a figurative notion used to define any cultural artefact which has been reused but still bears traces of its earlier form. In her 2007 study The Palimpsest, Sarah Dillon refers to “the persistent fascination with palimpsests in the popular imagination, embodying as they do the mystery of the secret, the miracle of resurrection and the thrill of detective discovery”. In the context of crime fiction, the palimpsest is a particularly fertile metaphor. Because the practice of rewriting is so central to popular fiction as a whole, crime fiction is replete with hypertextual transformations. The palimpsest also has tremendous extra-diegetic resonance, in that crime fiction frequently involves the rewriting of criminal or historical events and scandals. This collection of essays therefore exemplifies and interrogates the various manifestations and implications of the palimpsest in French crime fiction.

Angela Kimyongür is Senior Lecturer in French in the School of Languages, Linguistics and Cultures at the University of Hull. Her research interests lie in the intersections between literature, politics and history. Her recent publications include “Crime in popular fiction: Remembering the Algerian War of Independence in contemporary French crime fiction” in The Australasian Journal of Popular Culture (2014), and “Dominique Manotti and the roman noir” in Contemporary Women’s Writing (2013).

Amy Wigelsworth is Lecturer in French at the Sheffield Business School (Sheffield Hallam University), and also teaches French at the University of York. She works on nineteenth-century French popular fiction and French crime fiction, and has published a number of articles on the nineteenth-century mystères urbains, including “Au seuil des bas-fonds: Footnotes in the mystères urbains”, in Dix-Neuf (2012). Her monograph, entitled Rewriting Les Mystères de Paris: The Mystères Urbains and the Palimpsest, will be published by Legenda in 2015.

“Beyond its overarching theme, the volume offers an interesting snapshot of some of the themes that have preoccupied crime-fiction critics over the past twenty years or so. […] Altogether this is a fascinating and varied collection highlighting the fluidity of the genre, as well as its continued relevance as a form of social and literary commentary.”
—Dr Veronique Desnain, University of Edinburgh, French Studies, 69:3, 2015

“Because the palimpsest, by its very nature, contains within itself erased or hidden traces of an earlier form, it proves to be a particularly suitable theoretical tool with which to investigate crime fiction as a genre. Through this apt metaphor, this rich collection of essays offers an illuminating exploration of 20th- and 21st-century French crime fiction. Ranging from classics of the genre by Leblanc, Simenon, Malet and Daeninckx to an array of texts by Perec, Nothomb, Calle, Férey, Simsolo and Laurens, this thought-provoking and carefully edited volume provides fascinating insights into the sometimes dizzying games of mirrors and textual echoes that French crime fiction, au sens large, indulges in. It is divided into three theoretically underpinned parts which explore, in a coherent and structured fashion, the various practices and ever expanding boundaries of crime fiction. Rewriting Wrongs will undoubtedly be of great interest to scholars and students of crime fiction and critical theory alike.”
—Catherine Dousteyssier-Khoze, Durham University