Home / Buy A Book / Social Sciences / Rituals of Death and Dying in Modern and Ancient Greece: Writing History from a Female Perspective

Rituals of Death and Dying in Modern and Ancient Greece: Writing History from a Female Perspective 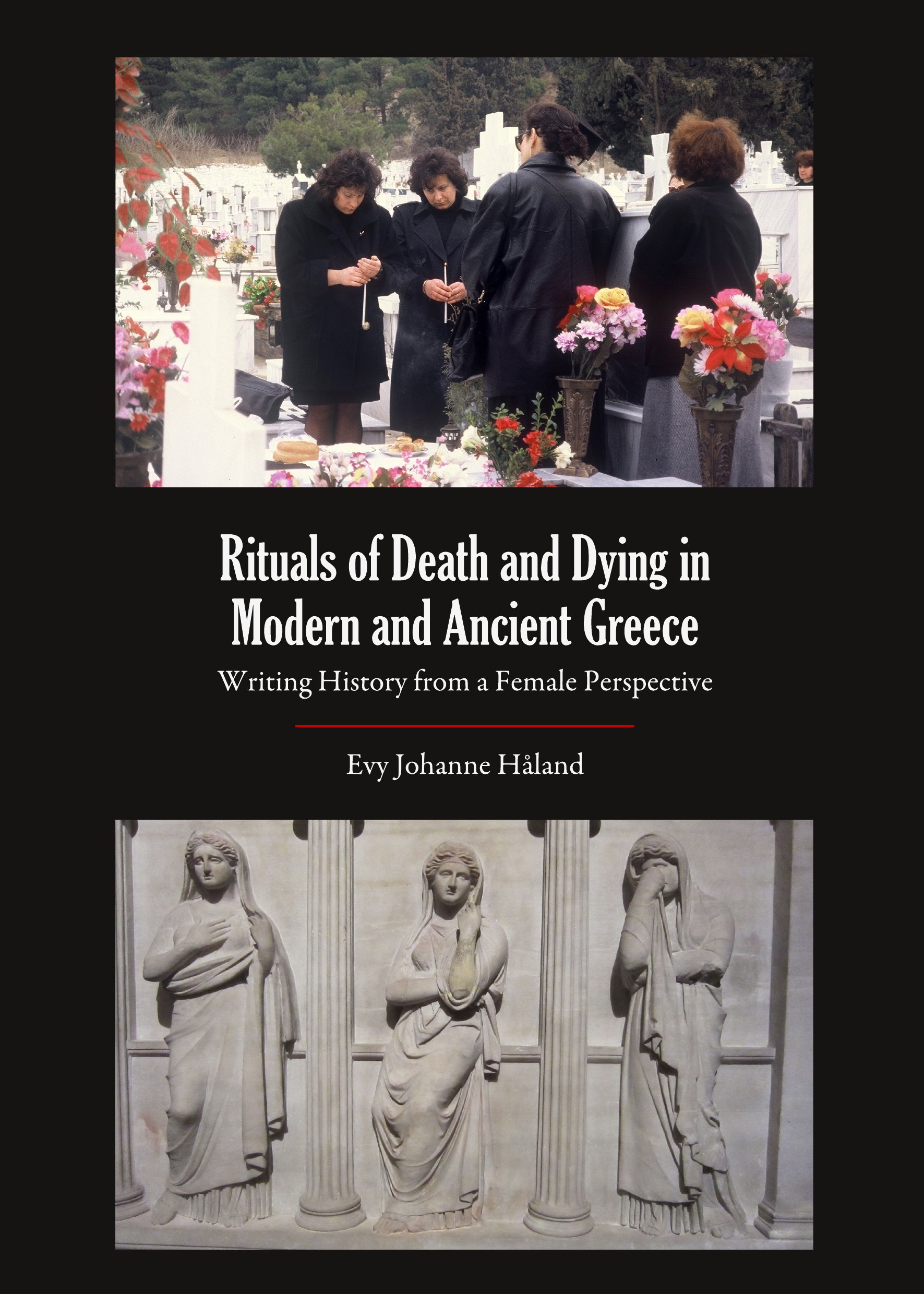 Multidisciplinary or post-disciplinary research is what is needed when dealing with such complex subjects as ritual behaviour. This research, therefore, combines ethnography with historical sources to examine the relationship between modern Greek death rituals and ancient written and visual sources on the subject of death and gender.

The central theme of this work is women’s role in connection with the cult of the dead in ancient and modern Greece. The research is based on studies in ancient history combined with the author’s fieldwork and anthropological analysis of today’s Mediterranean societies. Since death rituals have a focal and lasting importance, and reflect the gender relations within a society, the institutions surrounding death may function as a critical vantage point from which to view society. The comparison is based on certain religious festivals that are dedicated to deceased persons and on other death rituals. Using laments, burials and the ensuing memorial rituals, the relationship between the cult dedicated to deceased mediators in both ancient and modern society is analysed. The research shows how the official ideological rituals are influenced by the domestic rituals people perform for their own dead, and vice versa, that the modern domestic rituals simultaneously reflect the public performances. As this cult has many parallels with the ancient official cult, the following questions are central: Can an analysis of modern public and domestic rituals in combination with ancient sources tell the reader more about the ancient death cult as a whole? What does such an analysis suggest about the relationship between the domestic death cult and the official? Since the practical performance of the domestic rituals was – and still remains – in the hands of women, it is crucial to discover the extent of their influence to elucidate the real power relations between women and men. This research represents a new contribution to earlier presentations of the Greek “reality”, but mainly from the female perspective, which is highly significant since men produced most of the ancient sources.

This means that the principal objective for this endeavour is to question the ways in which history has been written through the ages, to supplement the male with a female perspective, perhaps complementing an Olympian Zeus with a Chthonic Mother Earth. The research brings both ancient and modern worlds into mutual illumination; its relevance therefore transcends the Greek context both in time and space.

Dr Evy Johanne Håland is a Researcher in Bergen, Norway. Since 1983, she has conducted several periods of fieldwork in the Mediterranean, mainly in Greece and Italy, where she has also been conducting research on religious festivals since 1987. Her most important publications include, Greske fester, Moderne og Antikke: En sammenlignende undersøkelse av kvinnelige og mannlige verdier [Greek Festivals, Modern and Ancient: A Comparison of Female and Male Values]; Konkurrerende ideologier i gresk religion før og nå [Competing Ideologies in Greek Religion, Ancient and Modern]; and the edited book Women, Pain and Death: Rituals and Everyday-Life on the Margins of Europe and Beyond. Research for the completion of the present book has been funded via the EU’s 7th framework programme, by a Marie Curie Intra-European Fellowship, hosted by the Department of Archaeology and History of Art, National and Kapodistrian University of Athens, Greece.

"Rituals of death and dying in modern and ancient Greece is a very informative work on its own, offering a very valuable and often overlooked point of view – that of women – on Greek death rituals and cults. The attempt to link modern practices with ancient ones places many irons in the fire and, as is only to be expected, some claims may need further investigation, while others have the potential for controversy. All in all, however, this is a welcome contribution to the field, and its vivid descriptions of modern practices, in my opinion, make it a real treasure trove for anyone who wants to study Greek religion, using a synchronic or diachronic approach, with particular reference to the funerary sphere."

"This is a very worthwhile book. In their broad thrust, the conclusions seem credible, illuminating, memorable even, and I am mostly convinced of the arguments. More importantly, potentially gendered roles in death rituals seem much more sharply focused."

“The book is most valuable for its clear presentation of primary ethnographic research and careful, thought-provoking comparisons of modern and ancient Greek funerary rituals. […] [It] is a substantial contribution to the burgeoning scholarship on Greek funerary rituals, gender studies, and ethnography in Greece.”
—Dr Carrie Sulosky Weaver, University of Pittsburgh; Classical Journal, 2015

“Evy Johanne Håland’s scholarship on women and death in Greece covers a broad temporal range, allowing her to draw comparisons between ancient texts and modern ritual practice. Her fieldwork in several different locations in Greece is impressive in its wealth of detailed observation, and extends beyond a study of women’s role in death rituals to examine gender roles in religious pilgrimage and festivals. Although there has been extensive research carried out on Greek laments and women’s prominence in death rituals, Håland broadens the discussion to an examination of the role of women in various religious practices.”
—Gail Holst-Warhaft, Cornell University

“This book considers in particular the role of gender in rites and rituals surrounding death and dying across time to the modern era. A comprehensive account, Håland takes historical, anthropological, and ethnographic approaches to understanding the significance of death and burial ritual behaviors.”
—Dr Cynthia Kosso, Northern Arizona University