Binaries in Battle: Representations of Division and Conflict 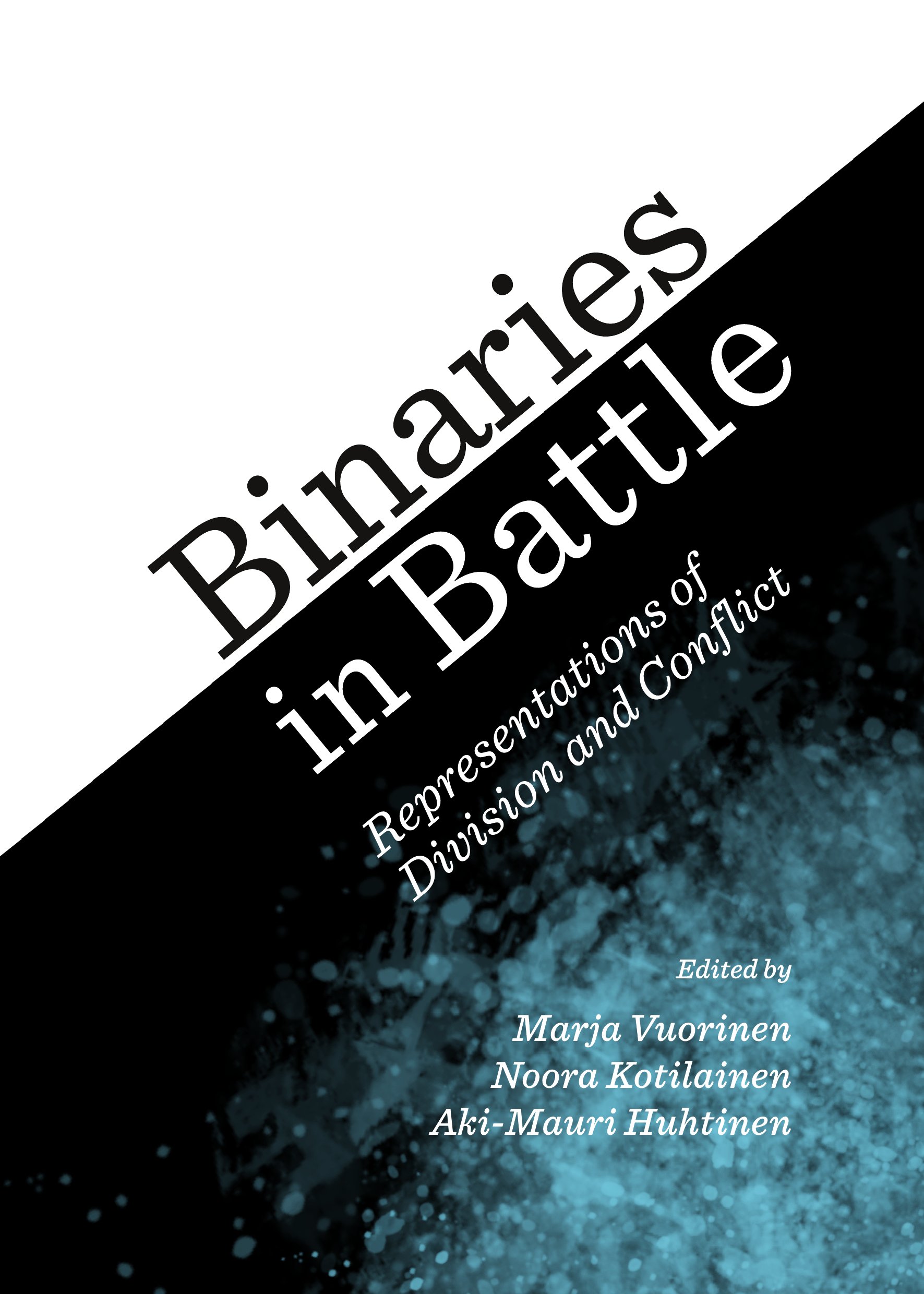 Defining things through binary opposition – male/female, familiar/foreign, life/death – forms the base of human thinking. Adding moral assessment to logic, we often represent binaries even as divisions into good and evil. Exclusions based on the division of Us vs. Them make their presence felt during any conflict, and become crucial in times of war. However, binary thinking is inherent also in peaceful, everyday conversation, when politics, social issues, ethnicities and religious identities are described and debated.

Binaries in Battle: Representations of Division and Conflict is a wide-ranging multidisciplinary anthology that presents the fundamental rationale of binary thinking from many different angles. The evidence is drawn from cases ranging from historical to contemporary and near future, covering both wartime and peacetime conflicts. The writers apply a wide variety of methods, including linguistics, visual semiotics, ethnography, and leadership and organisational analysis. Seemingly unconnected topics, such as humanitarianism and warfare, or death and tourism, appear strangely connected, and the relevance of speed to cyber warfare is revealed to contain a paradox. Mass immigration is observed from several, mutually exclusive angles to provide a 360 degree view.

Despite its multifaceted baselines, the book provides a solid understanding of the manifestations of binary thinking. By deconstructing ideological discourses it dispels black-and-white imageries, replacing them with softer shades of grey.

Marja Vuorinen, PhD, is a political historian who works as a Researcher at the Department of Political and Economic Studies at the University of Helsinki. Her current research focuses on the interplay of in-group identities vis-à-vis images of the enemy in political propaganda, and on the complex role of aggressive rhetoric in begetting and/or restraining political violence.

Noora Kotilainen is a Visiting Researcher at the Finnish Institute of International Affairs and a PhD candidate in Political History at the University of Helsinki. She is completing her dissertation on the visual politics of humanitarianism and the historical evolution of Western humanitarian imagery. Her research interests include strategic communication and the visual culture of wars and crisis.

Aki-Mauri Huhtinen, Colonel, PhD, is a Professor at the Finnish National Defence University, at the Department of Leadership and Military Pedagogy. Professor Huhtinen specialises in information warfare, strategic leadership, phenomenology, gender issues and the new forms of modern warfare. One of his main research areas is information security and information security management.

"This is a truly multidisciplinary work ... [which] offers readers a fascinating reading experience."