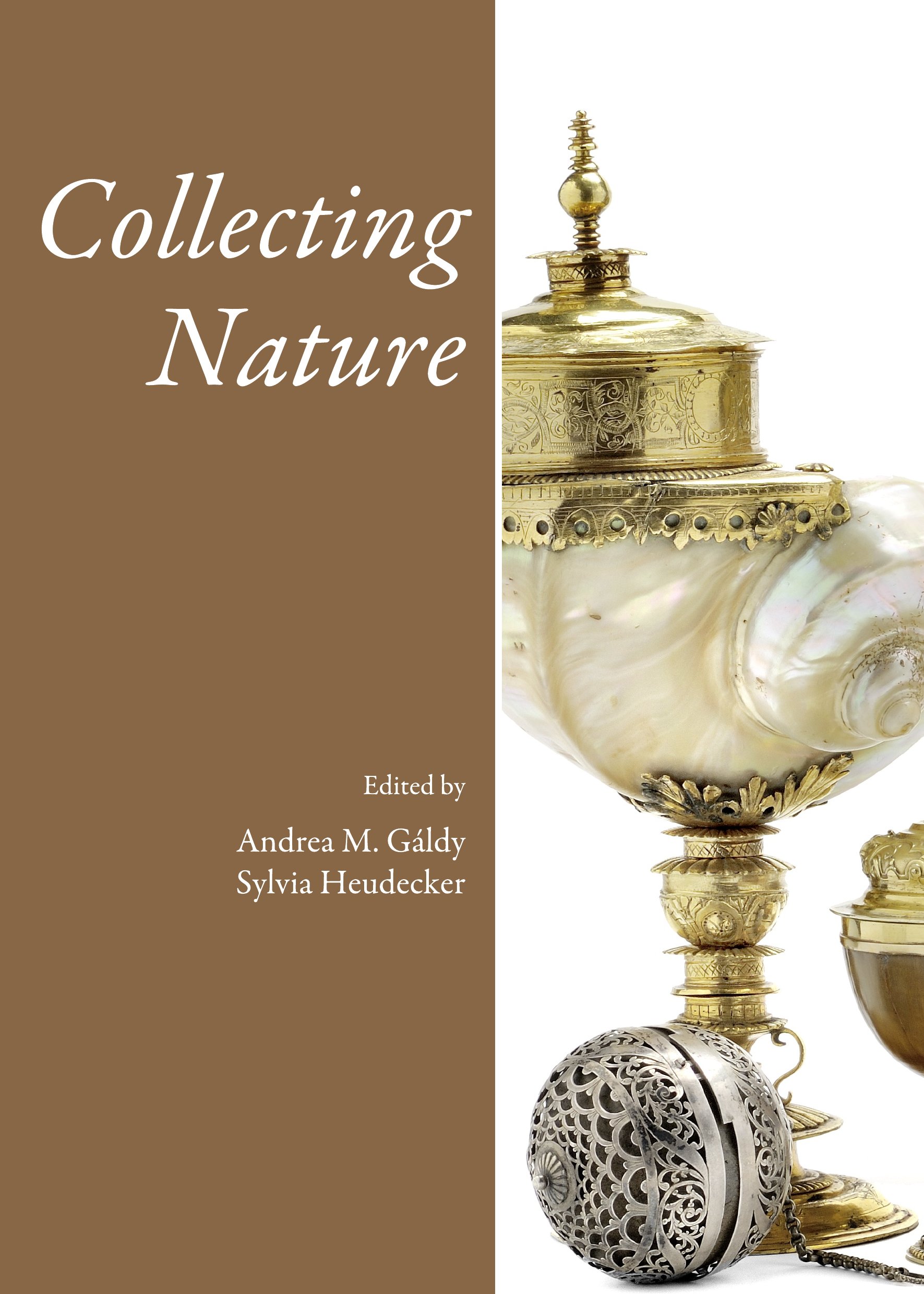 Nature can be collected in many forms and shapes: live animals have been locked up in cages, displayed in zoos and menageries and their hides and dried body parts have been used as part of installations in galleries and studies. Plants from far-away countries have been cultivated in botanical gardens and in hothouses. Furthermore, the depiction of medicinal plants and of prized animals was regarded as an important part of the decorative schemes, in an attempt to bring nature indoors.

Recent research has also shown that artificialia and naturalia were displayed side by side in early modern Europe—sometimes in the company of scientifica—and that the exhibition set-up often included a complex arrangement of stables, kennels, aviaries, art gallery and library. Villas and country houses displayed favourite horses as well as paintings and antiquities. Botanical gardens and gardens of simples at monastic foundations and universities imposed order and intellectual scope to the cultivation of many new species imported to Europe during the age of exploration.

Of particular interest to the mission of this working group is the fact that so many collections of naturalia were displayed in close proximity to other collecting categories, according to a similar choreography as well as according to a similar logistical set-up. Thus, the collections, outdoors as well as indoors, resemble one another in terms of labels adopted and discussions conducted on the respective merits of order and categorisation.

The essays in the present volume, therefore, connect art, nature and science by tracing objects, as well as the practices of collecting and display from the early kunst- und wunderkammern to the more scientific aspirations and publications of the eighteenth century. Indoor as well as outdoor locations of collecting are considered as well as the dissemination of objects and knowledge in the form of books during a period, which gradually led from an intrinsic, if untidy, connection between art and nature towards a new world of clear, if unhappy, divisions.

Collecting and Display (www.collectinganddisplay.com) is the name of a working group founded by three scholars in 2004. The group has been running a research seminar at the Institute of Historical Research (University of London) since 2005 and in Florence from 2008 to 2012. Collecting and Display have organised summer conferences in London, Ottobeuren, Florence and Irsee since 2006. This volume not only marks a new collaboration between Collecting and Display and Schwabenakademie Irsee, but also between Andrea M. Gáldy, founding member of Collecting and Display and a specialist in sixteenth-century collecting history, and Sylvia Heudecker, director of programmes at Schwabenakademie Irsee with a special interest in cultural studies of the early modern period. This book, the fifth in the series, celebrates the transition into a new special series Collecting Histories published by Cambridge Scholars Publishing.

"The nine essays in the main body of the volume cover a wide historical period, from the beginning of the sixteenth century to the middle of the eighteenth; they are also geographically diverse in their coverage. The term naturalia ... is perhaps where the volume’s main strength lies, in its confrontation of the myriad ways in which ‘nature’ could be captured by the collector."

Felicity Henderson University of Exeter Journal of the History of Collections, 29:2 (2017)

"Collecting Nature, the fifth volume of a series published by the Collecting and Display forum, focuses on the impact of nature, artificialia and naturalia, upon royal and patrician collectors. The eleven essays, with an Introduction by Arthur MacGregor and an Epilogue by Dornith Doherty, provide distinct case studies where the animal, mineral and botanical world in early modern Europe and America are scrutinized, in particular flora and fauna imported during the Age of Discovery. Late Renaissance courts, the Kunst- and Wunderkammern, as prototypes of modern museums and scientific natural history collections, and their transformations through global exchange, the flow of commodities and wild animals, form the premise of this exciting volume."

"What were the origins of natural history collections? What were the considerations and ambitions which prompted people in past centuries to collect nature: dried plants, preserved animals, amber and other fossils? The multi-authored volume Collecting Nature provides the answer in telling diverse stories of exciting examples of the history of several collections throughout Europe: These stories are not just anecdotes—neither are these stories just history: since they focus on the foundation of some of the most important Natural History Museums currently existing in the Old World."

"It is to this work's credit that it has its eyes on a wide context, and it remains a polymorphic bouquet of flowers made up of productive individual studies."