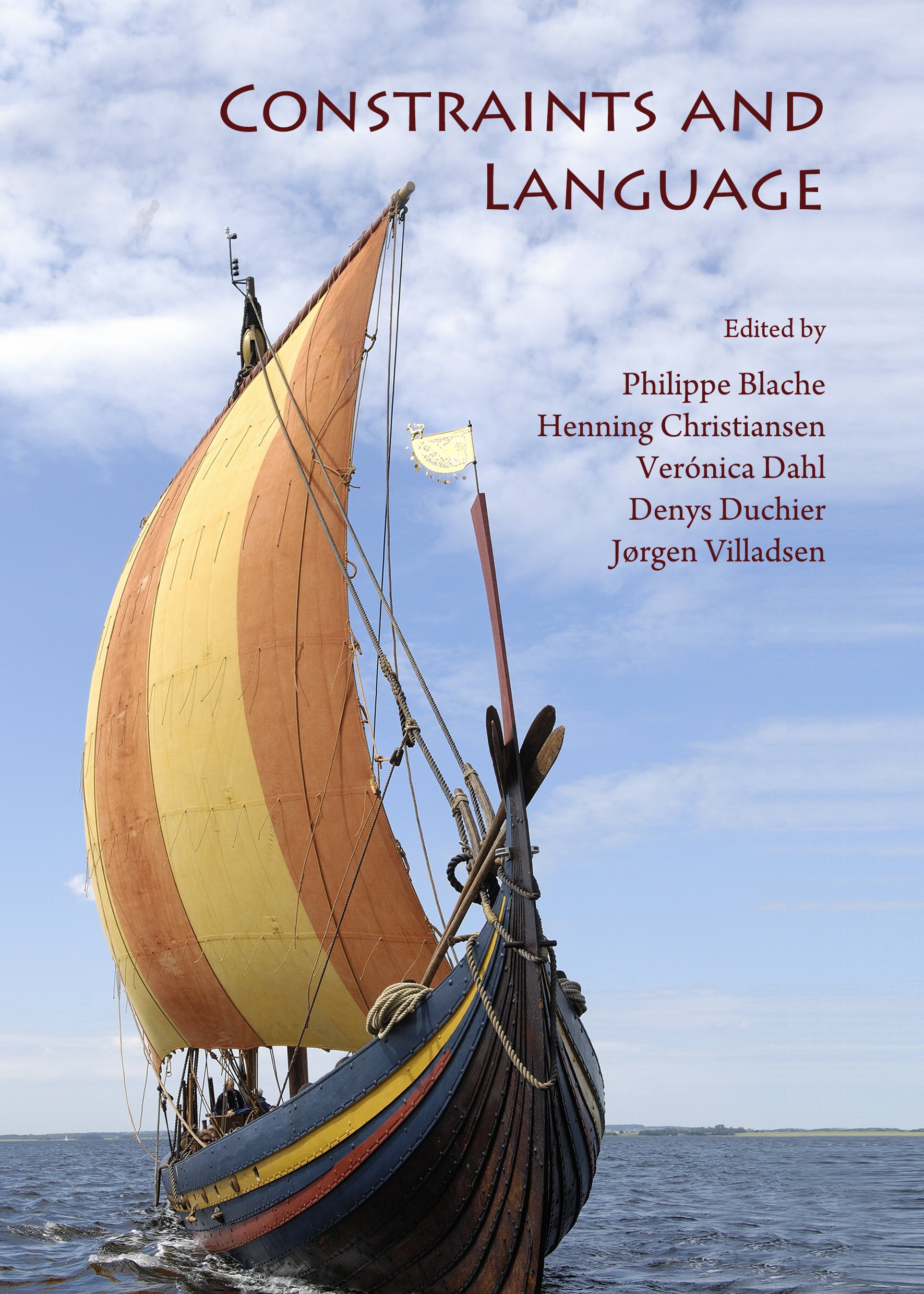 The concept of “constraint” is widely used in linguistics, computer science, and psychology. However, its implementation varies widely depending on the research domain: namely, language description, knowledge representation, cognitive modelling, and problem solving. These various uses of constraints offer complementary views on intelligent mechanisms. For example, in-depth descriptions implementing constraints are used in linguistics to filter out syntactic or discursive structures by means of dedicated description languages and constraint ranking. In computer science, the constraint programming paradigm views constraints as a whole, which can be used, for example, to build specific structures. Finally, in psycholinguistics, experiments are carried out to investigate the role of constraints within cognitive processes (both in comprehension and production), with various applications such as dialog modelling for people with disabilities.

Philippe Blache is Director of Research at CNRS (French National Institute for Scientific Research). Since 2012, he has been Director of the cluster of excellence “Brain and Language Research Institute”. His scientific interests center on natural language processing and formal linguistics. He is working on the development of a new constraint-based theory, Property Grammars, making it possible to represent all kinds of information by means of constraints.

Henning Christiansen is Professor of Computer Science at Roskilde University, Denmark. He was born in Aarhus, Denmark and received a Master’s degree from Aarhus University in 1981 and a PhD from Roskilde in 1988. His main interests include programming techniques, artificial intelligence, logic and constraint programming, abduction and language analysis. He has also recently started to work with interactive installations for art presentation and interactive theatre.

Verónica Dahl is an Argentine/Canadian Computer Scientist, who is recognised as one of the 15 founders of the field of logic programming for her pioneering contributions, particularly in human language processing and deductive knowledge bases. Her book on Logic Grammars was used throughout the world to help discover the human genome. Her work on computational molecular biology has had great practical impact in areas including agriculture and marine sciences.

Denys Duchier has been Professor of Computer Science at Université d'Orléans, France, since 2006. He received his PhD from Yale University, United States, in 1991. He later moved to the University of Saarland, Germany, where he worked on the design and implementation of the Oz programming language. His research interests focus on the application of constraints in computational linguistics, and on the design of programming languages.

Jørgen Villadsen is Associate Professor at the Department of Applied Mathematics and Computer Science of the Technical University of Denmark (DTU). His research is in logic, computational linguistics and artificial intelligence. He is area co-chair for logic and computation at the European Summer School in Logic, Language and Information (ESSLLI 2014).