Dante and Heterodoxy: The Temptations of 13th Century Radical Thought 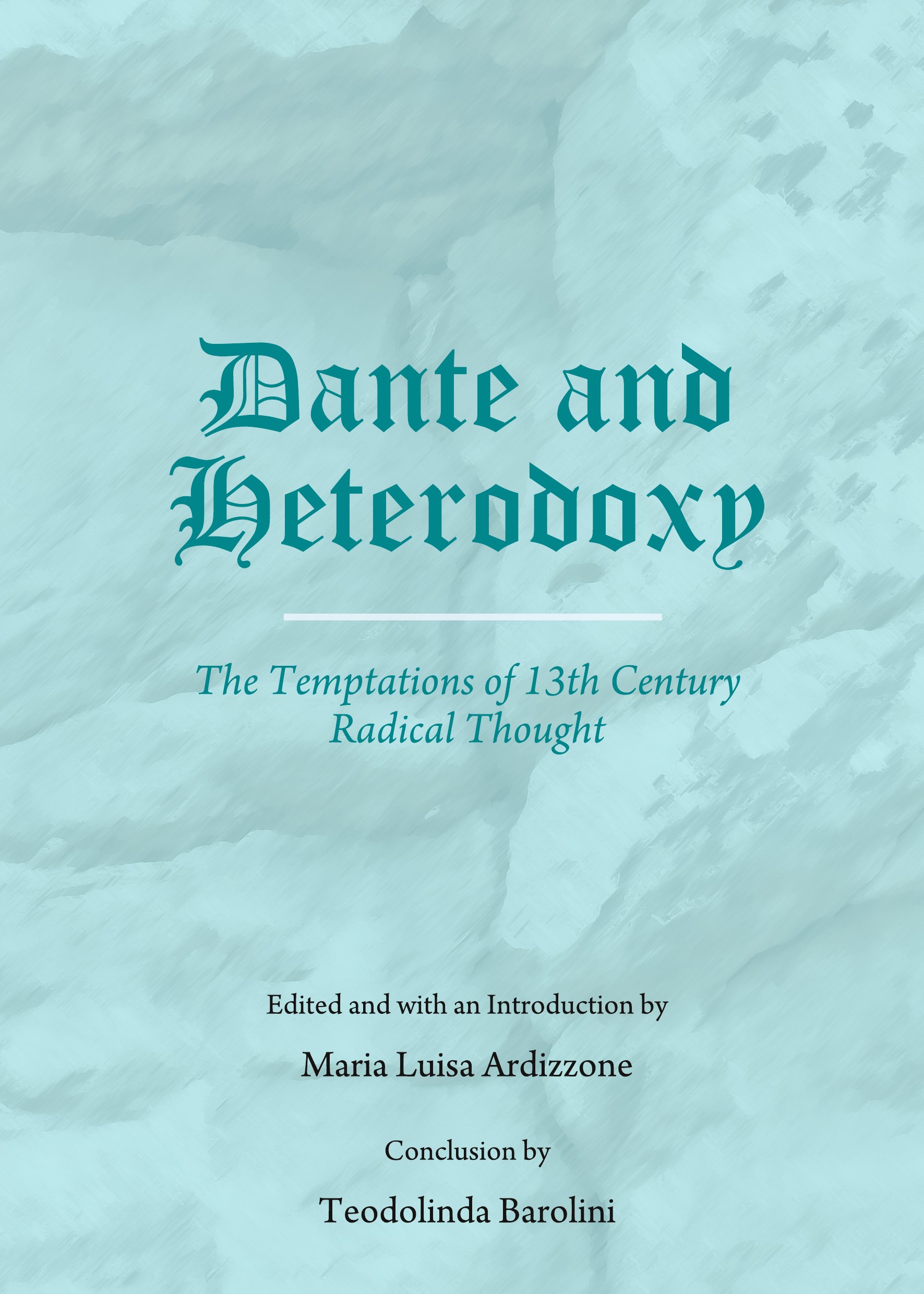 Dante and Heterodoxy: The Temptations of 13th Century Radical Thought, edited and with an introduction by Maria Luisa Ardizzone, collects several studies devoted to discussing Dante’s work in the light of the intellectual debate that developed in thirteenth century Europe after the entrance of new Aristotelian learning and the diffusion of Greek-Arabic thought, in particular the Latin translations of works by Ibn Rushd (Averroes).

What takes form in the various articles is the emerging of an interest in the philosophical and scientific contents of Dante’s opus. Heterodoxy in this volume is thus linked to, but not always coincident with, what medieval scholars such as Ferdinand Van Steenberghen or Alain De Libera term “radical Aristotelianism” or “Integral Aristotelianism”.

The word “temptations”, as its meaning clearly shows, delineates not an organic link with heterodox or radical ideas, but rather an intermittent inclination to include or evaluate themes related to these ideas. “Temptations” implies a search, an interrogation that consists of the doubts and uncertainties of a poet strongly involved in the intellectual debate of his time and culture, and for whom philosophy and theology are not fields of opposition but different modes of inquiry.