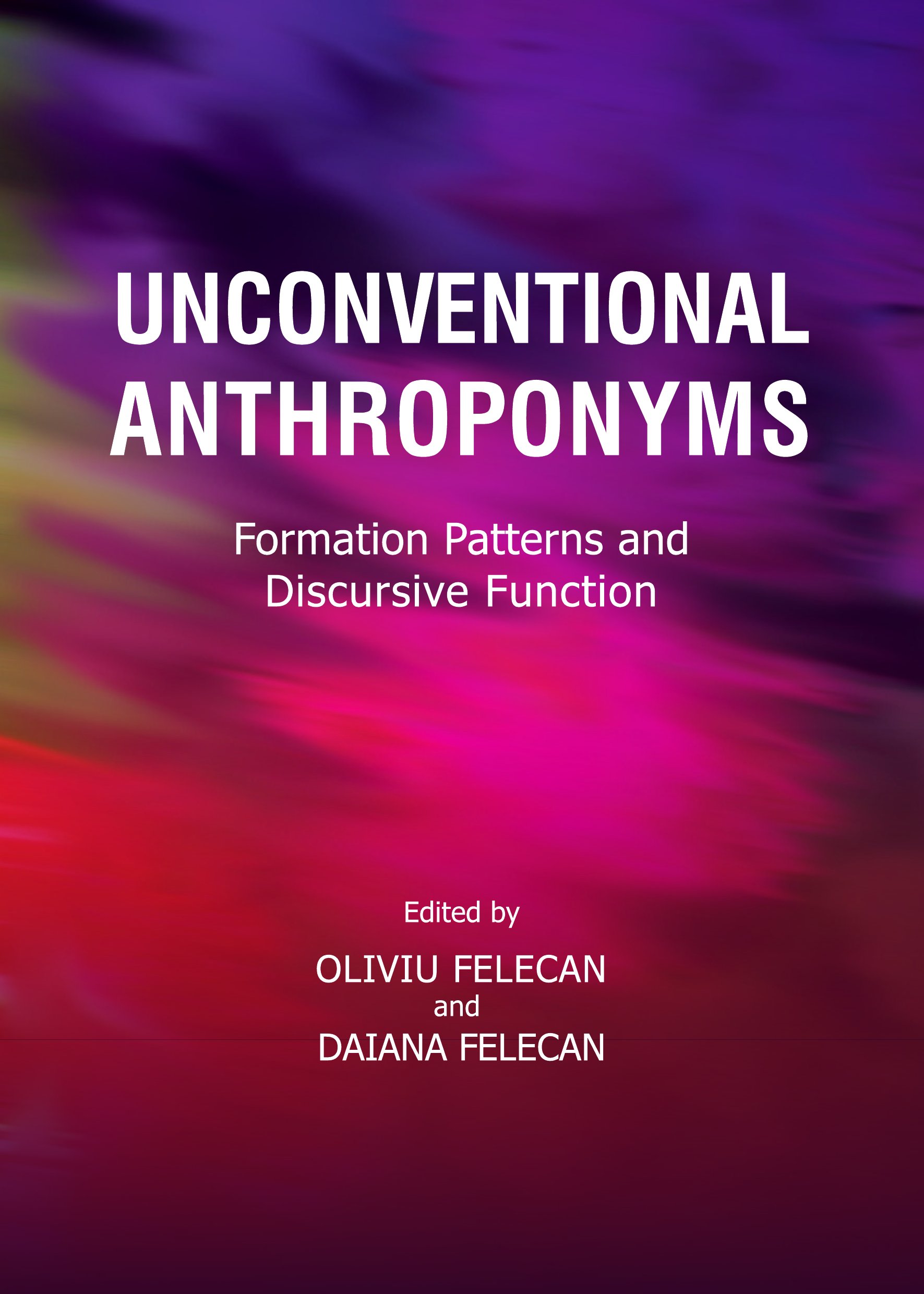 The significance of an official name is arbitrary, conventional, unmotivated, occasional and circumstantial, as names are not likely to carry any intrinsic meaning; names are given by third parties (parents, godparents, other relatives and so on) with the intention to individualise (to differentiate from other individuals). Any meaning with which a name might be endowed should be credited to the name giver: s/he assigns several potential interpretations to the phonetic form of choice, based on his/her aesthetic and cultural options and other kinds of tastes, which are manifested at a certain time.

Oliviu and Daiana Felecan are Associate Professors (Readers) at the North University Centre of Baia Mare at the Technical University of Cluj-Napoca, Romania. They co-edited Linguistic and Philological Confluences (2011).

Dr Oliviu Felecan has published several works in the areas of sociolinguistics and onomastics, including The Concept of “Work” – A Diacronic Sociolinguistic Perspective (2004); The Romanian Language in European Context (2009); Name and Naming: Synchronic and Diachronic Perspectives (2012); An Onomastic Excursion into Contemporary Romanian Public Space (2013); and Onomastics in Contemporary Public Space (2013, co-edited with Alina Bugheșiu).

Dr Daiana Felecan has published several books in the field of linguistics, such as The Language of Romanian Drama in the First Half of the 19th Century (2004); The Grammar of the Romanian Language in Literary Contexts (2007); Aspects of Linguistic Polyphony. Theory and Construction (2011); and Pragmatics of Unconventional Names and Naming: From Theoretical Paradigms to Discursive Practices (2014).