The Atonement in Lukan Theology 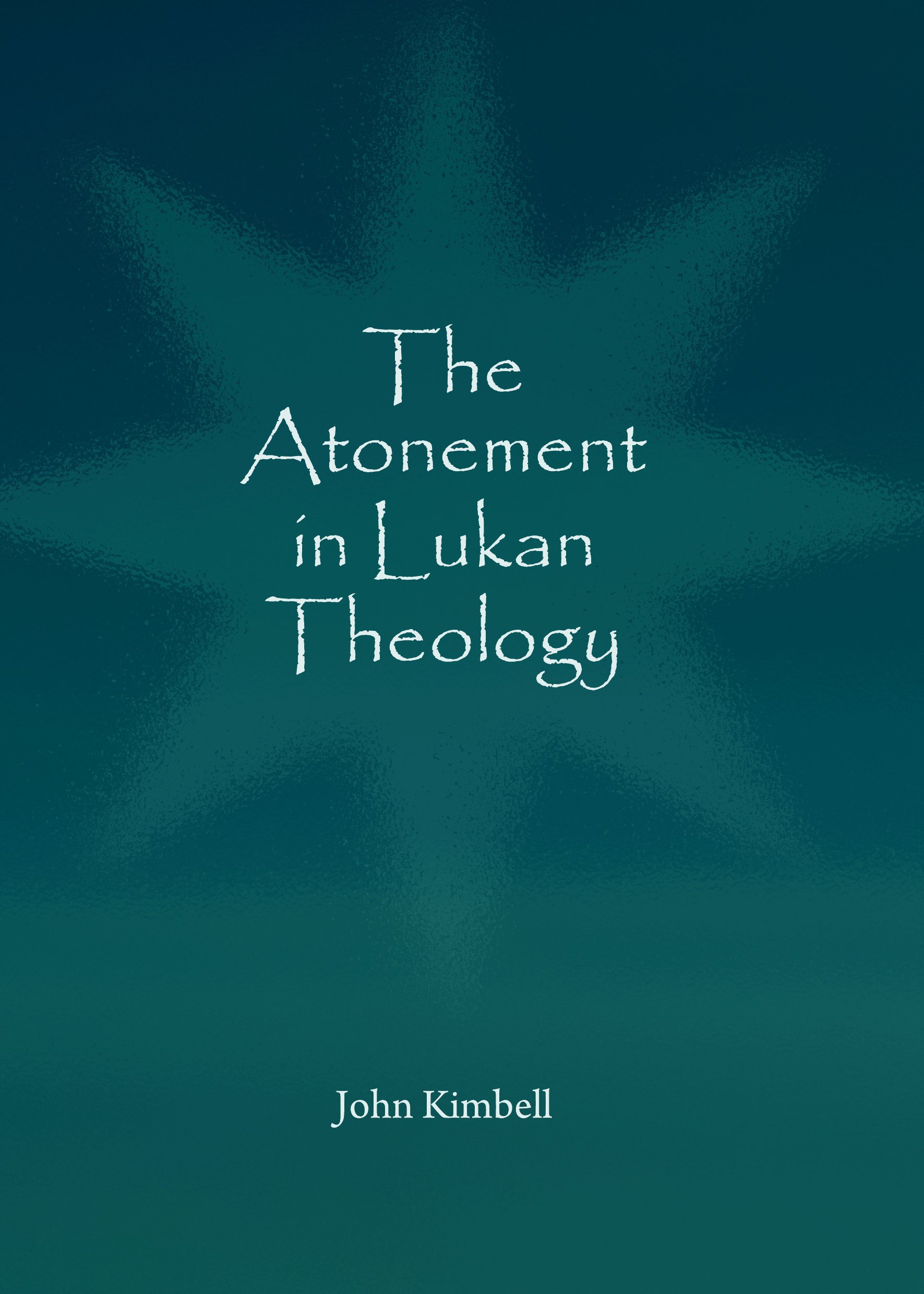 In the past century of critical scholarship on Luke-Acts, it has become commonplace to affirm that Luke attaches no direct soteriological value to the death of Jesus. More specifically, the scholarly consensus affirms that Luke-Acts does not present Jesus’ death as an atonement for sin. Rather, Luke’s soteriology is understood to center upon Jesus’ resurrection and exaltation as Lord.

In this careful thematic study of atonement theology in Luke’s double-work, John Kimbell demonstrates that the value Luke attributes to the death of Christ has been underestimated. When all the data is considered, the death of Christ is given greater direct soteriological significance in the Lukan writings than scholarship has generally acknowledged. Specifically, the death of Jesus is portrayed by Luke as an atoning death that brings about the forgiveness of sins. This book does not deny the presence of other soteriological emphases. Nevertheless, it convincingly shows that atonement theology plays a fundamental role in Luke’s soteriology, such that when this aspect is rejected or minimized, Luke’s presentation of the cross and salvation is significantly distorted.

Kimbell carefully interacts with the scholarly secondary literature on this subject, ensuring that any serious Christian reader will find this work stimulating and useful. Detailed exegesis is paired with careful attention to Luke’s overall theological purposes. The result is that the reader will come away with a clearer understanding of Luke’s writings and a deeper appreciation for the meaning of Christ’s death.

John Kimbell received his PhD from The Southern Baptist Theological Seminary. He currently serves as Pastor of Preaching and Discipleship at Clifton Baptist Church in Louisville, Kentucky.

"Kimbell’s work is a helpful contribution to the study of Luke’s gospel. The writing is efficient and well structured, with little wasted space, and the author convincingly demonstrates that Luke has no aversion to the interpretation of the cross as a sacrificial death for the benefit of others. A particular strength of Kimbell’s work lies in his sensitivity to scriptural resonances in Luke’s portrayal of the death of Jesus, as Kimbell is eager to show how Luke draws upon the imagery of the OT to interpret the suffering of Jesus."

"It has often been said that Luke doesn’t have a theology of atonement so that his presentation of Christ’s death is at variance with Paul’s. John Kimbell in this astute and carefully argued study calls into question the received “orthodoxy” on this matter. He demonstrates with a number of lines of evidence that atonement theology actually plays a significant role in Luke’s theology. Luke doesn’t explicate Christ’s death in the same way Paul does, but he shapes and crafts his narrative so that his readers perceive the centrality of Jesus’ death for the forgiveness of sins. Future studies on Luke will have to consider the impressive and to my mind convincing evidence presented by Kimbell."

"This book by John Kimbell is an in-depth study of the atonement in Luke-Acts that is based on thorough-going exegesis, informed by the history of research, and displays a keen sense of Luke’s particular theological voice. Although a good number of books on the atonement serve simply as a vehicle for the author’s own view on the subject, Kimbell allows Luke to speak for himself on the matter and draws his conclusions from painstaking interpretation of the relevant texts and Luke’s overarching theological purposes. Moreover, Kimbell shows how Luke’s theology of the atonement fits in the larger canonical context. Along the way, Kimbell interacts extensively with secondary literature, always careful to present opposing views fairly. He gives carefully argued reasons from the text of Luke-Acts to show, when necessary, why he disagrees with other authors but does not enter into mere theological polemics. I have no doubt that this work is a significant contribution to scholarship and a book with which others studying Luke-Acts, and atonement in particular, will need to reckon. I’m very pleased to see Kimbell’s work made available to the public and I’m confident others will feel the same."