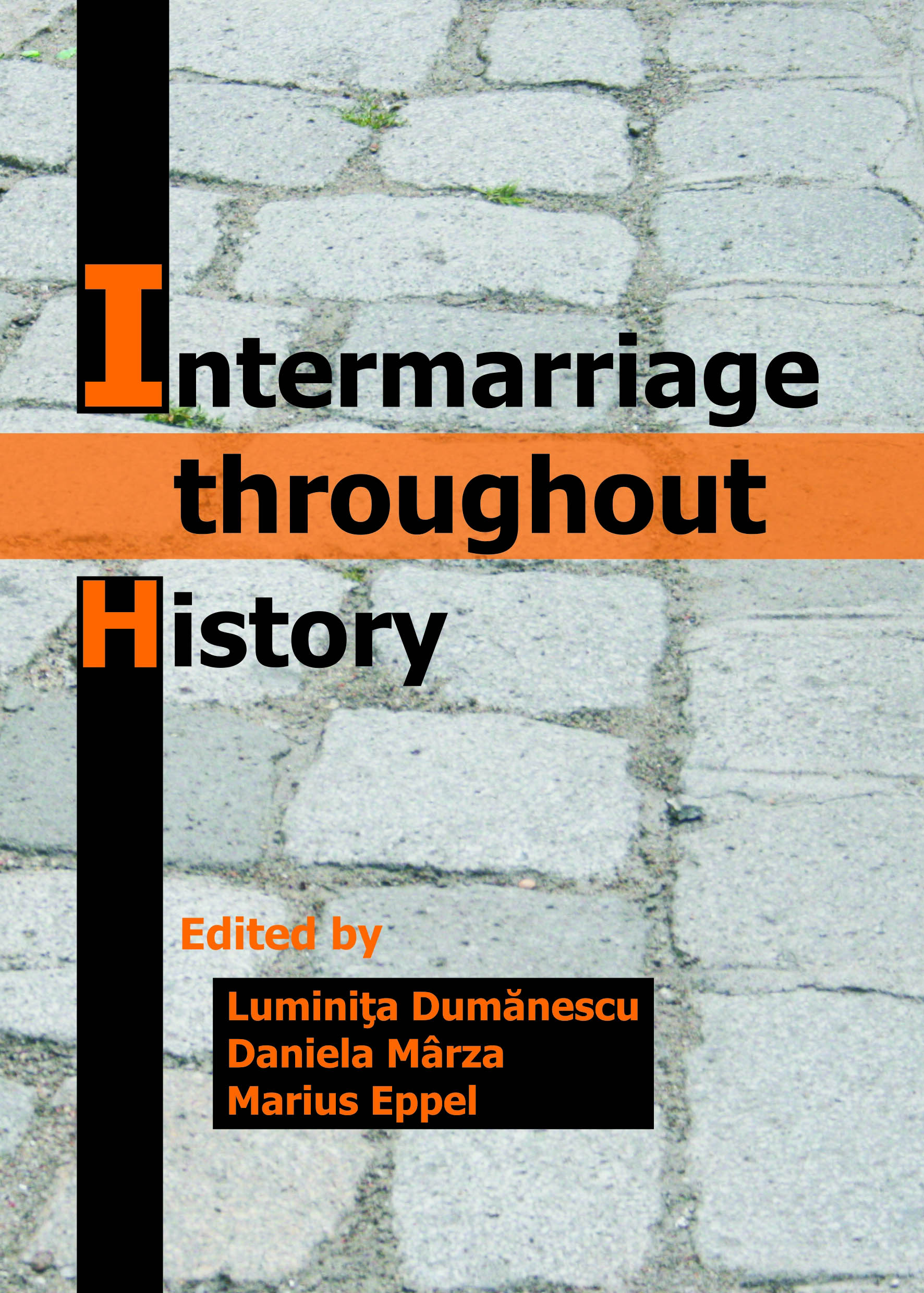 Going beyond classical theoretical approaches, Intermarriage throughout History provides a rich and unique collection of twenty-five essays which shed light on various models of family formation through non-homogamic marriage, from an historical and multi-disciplinary perspective. The volume originated from an international conference held at Babes-Bolyai University of Cluj, Romania, in early summer 2013, with a large international participation drawn mostly from Europe, Russia, North and South America. The book also has its roots in the long academic tradition of family and demographic historical and ethnographic studies in Transylvania, where scholars have been particularly active in these fields during recent decades at the international level. Given the strong pressures towards endogamy, people in the past who had a ‘mixed’ marriage deserve researchers’ full attention. How did they overcome the obstacles put in their path by church, family, state and community? Can scholars disclose the reasons for their remarkable choice of partner? And what were the implications of their mixed marriage for their daily lives and those of their children? Mixed marriages offer a window on the tensions between societal norms and social control on the one hand, and individual variation and individual choice, or ‘agency’, on the other.

Luminița Dumănescu, PhD, is a historian and Senior Researcher at the Centre for Population Studies at Babes-Bolyai University, Romania, and specializes in childhood history and family history. She is the author of Universe of Childhood for Romanians in Transylvania (2008) and The Romanian Family during Communist Times (2012), and is the editor and co-author of Nine Faces of Childhood: Stories With and About Children of Past Times (2009).

Daniela Mârza, PhD, is a Researcher at the Centre for Transylvanian Study at the Romanian Academy. Her academic activity covers areas such as the modern history of Romania and universal modern history, contemporary history, family history, history of education, and Church history. Her publications include The Romanian Education System in Transylvania: Schools of the Arch-Diocese in Alba-Iulia and Făgăraş at the End of the Nineteenth Century and the Beginning of the Twentieth Century (2011) and Romanian History Journals published in western languages (2012).

Marius Eppel, PhD, is Senior Researcher at the Centre for Population Studies of Babeș-Bolyai University, Cluj. He is a historian of political life in modern Transylvania, of the Orthodox Church in the Austro-Hungarian Empire, and of family life. His recent publications include Politics and Church in Transylvania (2012).