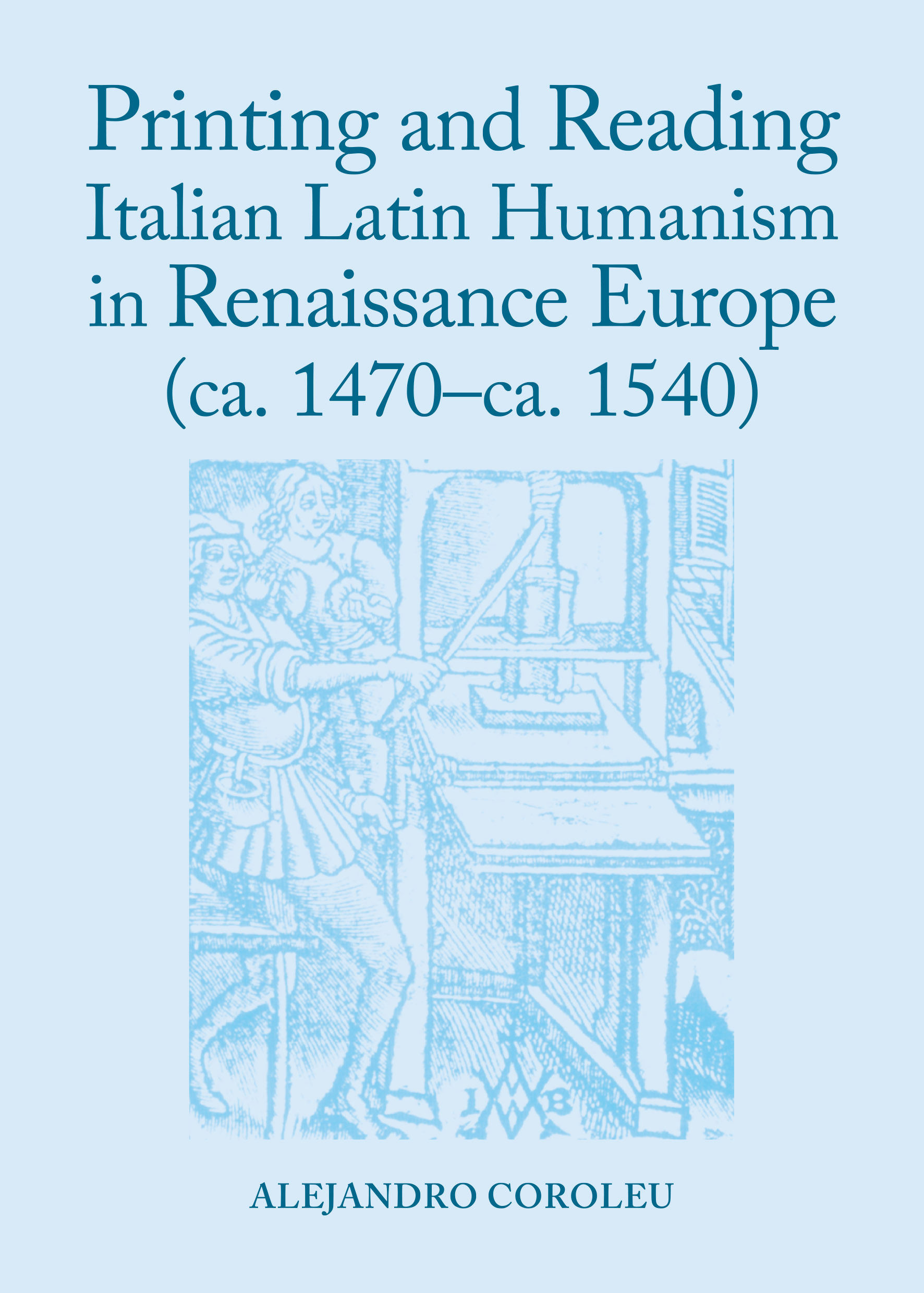 With the advent of the printing press throughout Europe in the last quarter of the fifteenth century, the key Latin texts of Italian humanism began to be published outside Italy, most of them by a small group of printers who, in most cases, worked in close collaboration with lecturers and teachers. This study provides the first comprehensive account of the dissemination of this important literary corpus in Spain, France, the Low Countries and the German-speaking world between ca. 1470 and ca. 1540. By combining an examination of book production and consumption with attention to the educational system of Renaissance Europe, this book highlights both the historical significance of the Latin literature of Italian humanism within the school and university curriculum of the time, and the impact of such a body of texts on the rising national literary traditions, in Latin and in the vernacular, of the period. Printing and Reading Italian Latin Humanism in Renaissance Europe will appeal to scholars of classical and Renaissance literature, and to anyone interested in intellectual history and in the history of education in the Renaissance. It will be of particular interest to scholars in Hispanic studies.

Alejandro Coroleu is ICREA Research Professor at the Universitat Autònoma de Barcelona. He has published extensively on Neo-Latin literature and humanism in Spain. Together with Barry Taylor, he edited the volume Humanism and Christian Letters in Early Modern Iberia (2010). He is also the author of a Catalan translation of Lorenzo Valla’s De falso credita et ementita Constantini donatione, published in 2012.

"This book proposes to survey the spread of Italian humanism in the first decades of printing, with a particular focus on four key figures: Petrarch, Poliziano, Filelfo, and Mantuan. In fact, the scope and value of this short book are much greater than this summary would suggest. The author has condensed a huge amount of research into a densely informative yet readable form."

"Professor Coroleu’s study of Italian Latin humanism breaks new ground by tracing in detail the dissemination of key humanist texts in the print culture of early modern Europe, their reception in the curricula of secondary schools and universities, and their impact on Latin and vernacular writings in the national literatures of the time. It pays attention, in particular, to the relatively neglected cases of the Crown of Aragon and Castile. The meticulous scholarship that informs it makes it a trustworthy guide, and opens up many fresh subjects for reflection and research."

"This fascinating book is a must for whoever is seriously interested in Italian humanism and Neo-Latin literature, and their European influence. With an impressive amount of erudition it inquires, not into the intrinsic literary and scholarly value of humanist works, but into how various literary works and manuals produced by major and minor Italian humanists spread throughout Europe – in Latin or in translation – and how they were actually used in the classroom. From a novel and fresh angle of research, Coroleu, in a number of in-depth case studies, makes brilliantly clear, by examining (annotated) editions, paratexts, commentaries, anthologies, partial editions, compound works, and even manuscript marginal notes in printed books, how these texts functioned at different levels, in various contexts and milieux, in Renaissance schools and universities."

"Focusing mainly on the Neo-Latin work of Petrarch, Filelfo, Poliziano and Mantuano, Alejandro Coroleu's recent study aims to analyse how the Italian humanistic legacy was diffused in Europe from the late 15th century until 1540. A.'s approach ... makes this book particularly interesting and useful, as it enables a more precise understanding of how Italian humanism was received."