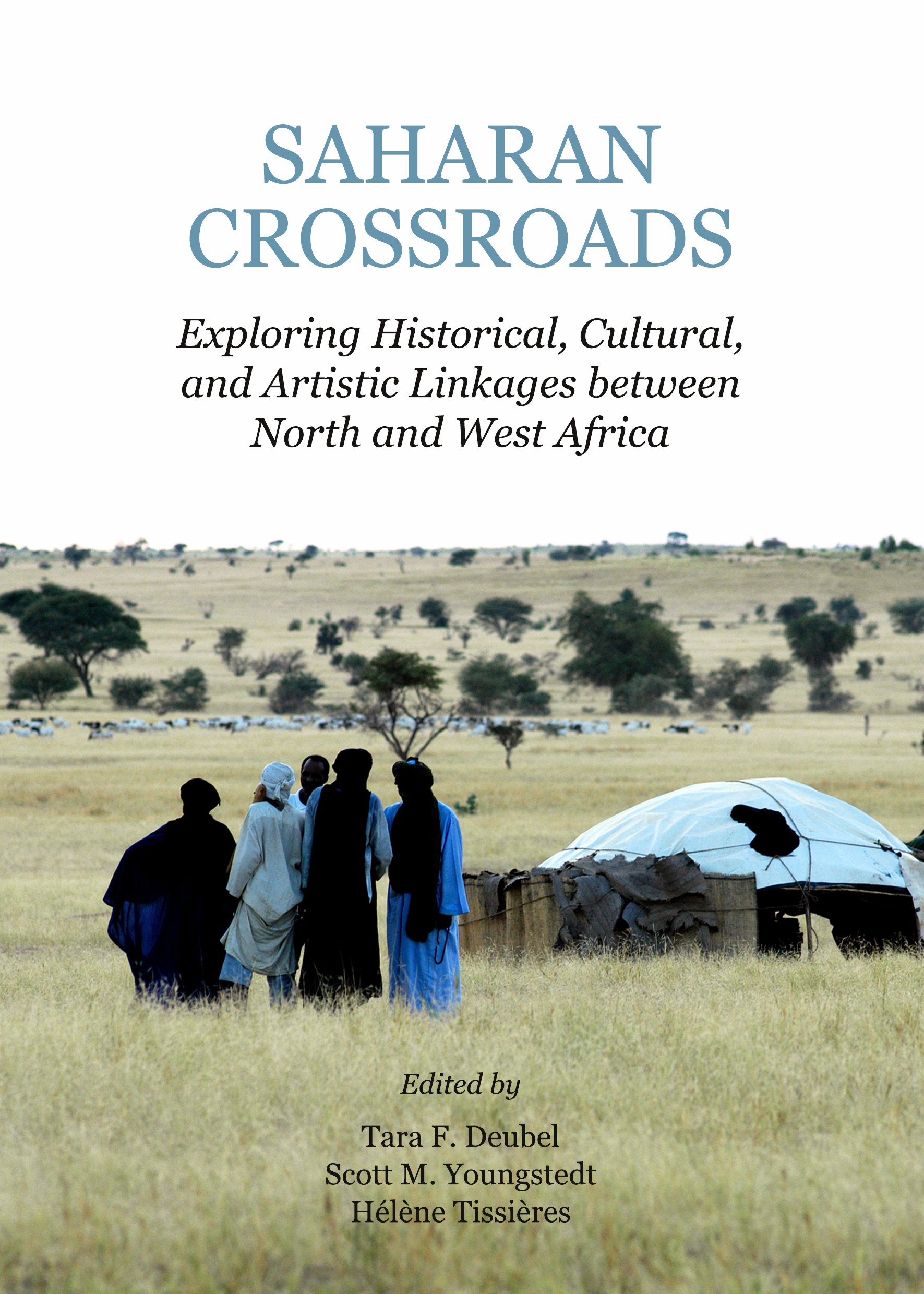 Saharan Crossroads: Exploring Historical, Cultural, and Artistic Linkages between North and West Africa counteracts the traditional scholarly conception of the Sahara Desert as an impenetrable barrier dividing the continent by employing an interdisciplinary lens to examine myriad interconnections between North and West Africa through travel, trade, communication, cultural exchange, and correspondence that have been ongoing for several millennia. Saharan Crossroads offers a unique contribution to existing scholarship on the region by uniting a diverse group of African, European, and American scholars working on various facets of trans-Saharan history, social life, and cultural production, and bringing their work together for the first time. This trilingual volume includes eleven chapters written in English, five chapters in French, and three chapters in Arabic, reflecting the multicultural nature of the Sahara and this international project.

Saharan Crossroads explores historical and contemporary connections and exchanges between populations living in and on both sides of the Sahara that have led to the emergence of distinctive cultural and aesthetic expressions. This contact has been fostered by a series of linkages that include the trans-Saharan caravan trade, the spread of Islam, the migration of nomadic pastoralists, and European colonization. The book includes three major sections: (1) history, culture, and identity; (2) trans-Saharan circulation of arts, music, ritual performance, and architecture; and (3) religion, law, language, and writing. While the gaze of international political analysts has turned toward the Sahara to follow problematic developments that pose serious threats to human rights and security in the region, it is especially timely to recall that the people and countries of the Sahelo-Saharan world have maintained long histories of peaceful coexistence, interdependence, and cooperation that are too often overlooked in the present.

Tara F. Deubel is Assistant Professor of Anthropology at the University of South Florida in Tampa. Her research in cultural and applied anthropology focuses on expressive culture, ethnicity and nationalism, gender, refugee studies, and the politics of development and human rights in North and West Africa. Her ethnographic fieldwork examines social memory, identity, and performance among transnational Sahrawi Arab communities across Northwest Africa.

Scott M. Youngstedt is Professor of Anthropology at Saginaw Valley State University and President of the West African Research Association. His ethnographic research in Niger and elsewhere in West Africa explores the ways by which migrant Hausa construct communities in diaspora and negotiate personal identities. He is the author of Surviving with Dignity: Hausa Communities of Niamey, Niger (2013).

Hélène Tissières is Associate Professor at the University of Texas at Austin. She is the author of Créations et défis au Sénégal: Sembène, Diop, Diadji et Awadi (2013) and Écritures en transhumance entre Maghreb et Afrique subsaharienne (2007), which was published in English (2012) by the University of Virginia Press. She writes on African literature, films and arts, and is a close observer of the Dakar Biennale of Contemporary African Art.