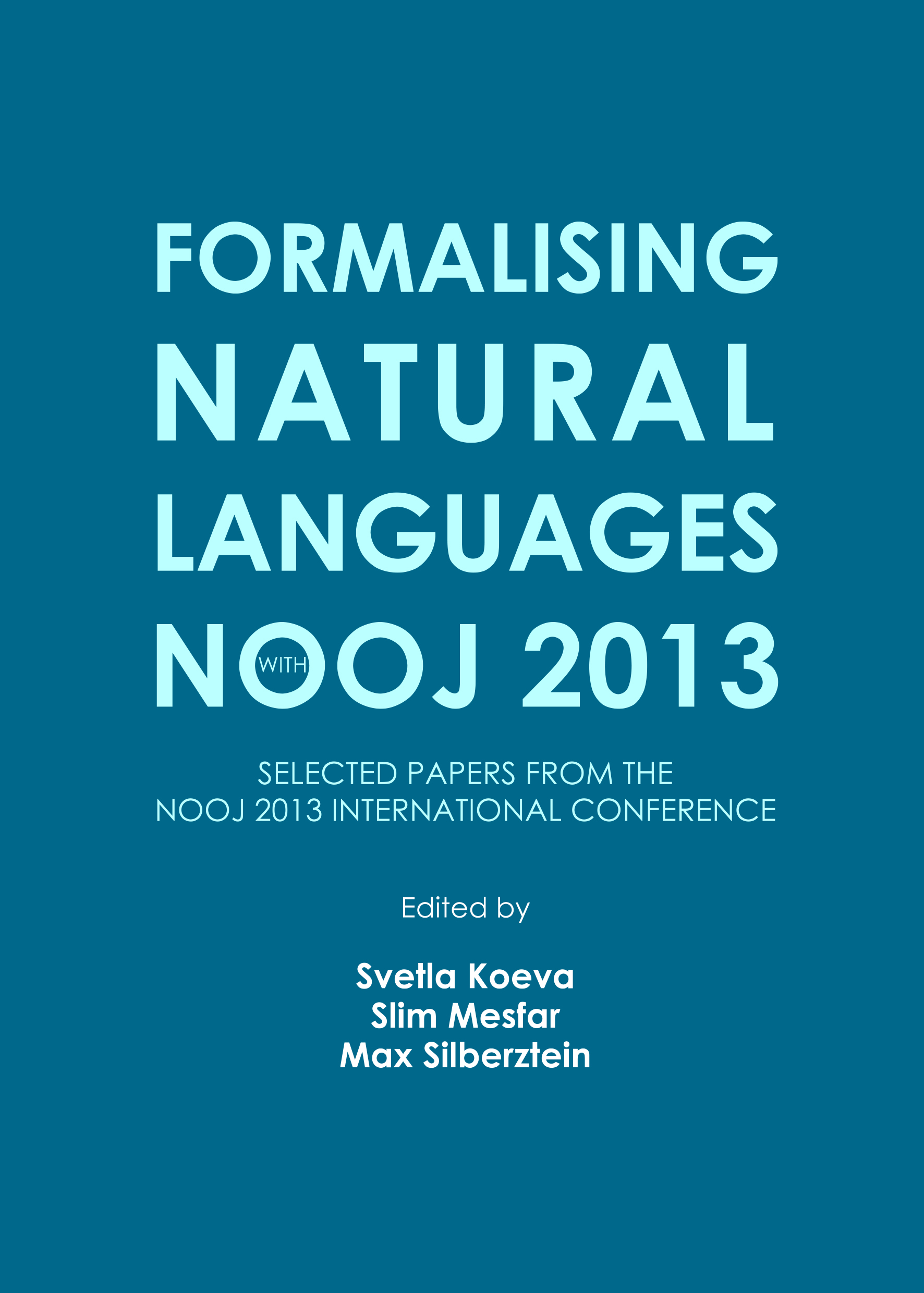 This volume contains 17 articles, developed from papers that were chosen from among the 44 presentations of work on NooJ presented at the 2013 International NooJ Conference in Saarbrücken in June, 2013.

NooJ is a linguistic development environment that allows linguists to formalize a wide gamut of linguistic phenomena, and then test, adapt, share and accumulate each elementary description to build linguistic “modules”, that is, structured libraries of linguistic resources. NooJ is also used as a corpus processor that can launch sophisticated queries over large corpora of texts, in order to produce various results, including concordances, statistical analyses, information extraction, and automatic translation.

NooJ is used in many research centers; it has recently been endorsed by the European Metashare CESAR Project, and is now available as an open source software at the METASHARE repository. NooJ is also used by a growing number of software companies to construct various Natural Language Processing applications.

Max Silberztein is Professor of Computational Linguistics at the Université de Franche-Comté (Besançon, France). He is the author of NooJ and its predecessor INTEX. He is the author and co-editor of several books in the domain of Natural Language Processing.

Slim Mesfar has a PhD in Computer Science from the University of Franche-Comté in France. He is an Associate Professor at the University of Carthage in Tunisia, and has worked on the formalization of Natural Languages with NooJ for more than 10 years.

Svetla Koeva is a Professor of Computational Linguistics at the Institute for Bulgarian Language at the Bulgarian Academy of Sciences. Her research expertise is in the fields of syntactic and semantic analysis, the acquisition of cross-lingual equivalencies and semantic relations, and formalisms for language representation.