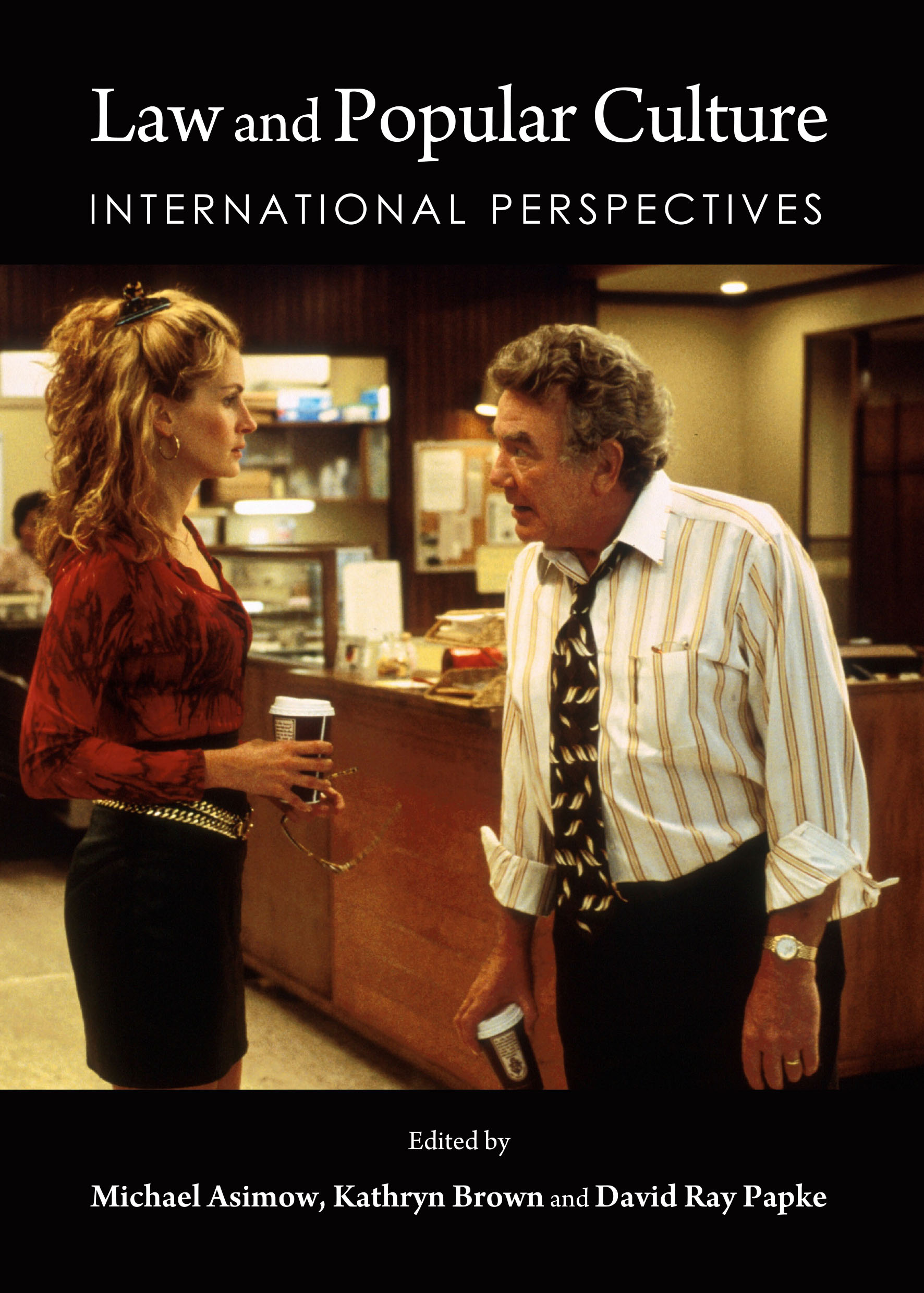 Commentators have noted the extraordinary impact of popular culture on legal practice, courtroom proceedings, police departments, and government as a whole, and it is no exaggeration to say that most people derive their basic understanding of law from cultural products. Movies, television programs, fiction, children’s literature, online games, and the mass media typically influence attitudes and impressions regarding law and legal institutions more than law and legal institutions themselves.

Law and Popular Culture: International Perspectives enhances the appreciation of the interaction between popular culture and law by underscoring this interaction’s multinational and international features. Two dozen authors from nine countries invite readers to consider the role of law-related popular culture in a broad range of nations, socio-political contexts, and educational environments. Even more importantly, selected contributors explore the global transmission and reception of law-related cultural products and, in particular, the influence of assorted works and media across national borders and cultural boundaries.

The circulation and consumption of law-related popular culture are increasing as channels of mass media become more complex and as globalization runs its uncertain course. Law and Popular Culture: International Perspectives adds to the critical understanding of the worldwide interaction of popular culture and law and encourages reflection on the wider implications of this mutual influence across both time and geography.

Michael Asimow is Visiting Professor at Stanford Law School and Professor of Law Emeritus at UCLA School of Law. He is the co-author of Law and Popular Culture – A Course Book (2013), Reel Justice: The Courtroom Goes to the Movies (2006), and Lawyers In Your Living Room: Law on Television (2009). He teaches law school and undergraduate seminars on law and popular culture as well as administrative law, contract law, and income tax.

Kathryn Brown is a lawyer and art historian based at Tilburg University, the Netherlands, where she lectures on intersections between law and the visual arts. She is the author of Women Readers in French Painting 1870–1890 (2012) and editor of The Art Book Tradition in Twentieth-Century Europe (2013) and Interactive Contemporary Art: Participation in Practice (2014). She was a corporate partner in an international law firm prior to becoming an art historian.

David Ray Papke is Professor of Law at Marquette University in Milwaukee, Wisconsin. His books and articles on American legal history and the role of law in American culture include the prize-winning Heretics in the Temple: Americans Who Reject the Nation’s Legal Faith (1998). He is a co-author of Law and Popular Culture: Text, Notes, and Questions (2007; 2nd ed. 2012), the first comprehensive textbook concerning the relationship of law and popular culture.