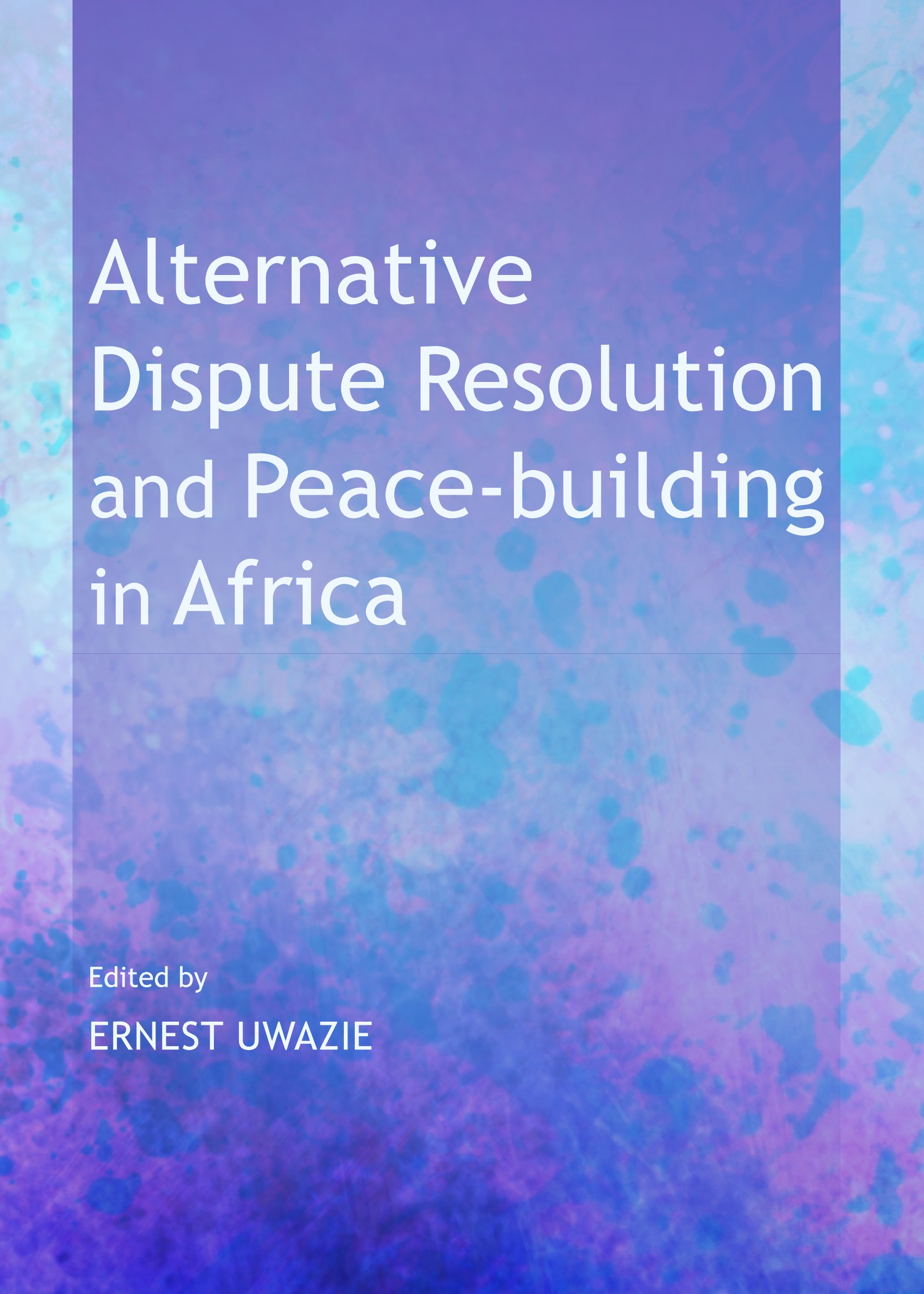 Conflicts in Africa have a great deal in common, and striking parallels can be drawn between them at all levels. Dynamics affecting the most complex war-time conflicts, civil unrest and other macro disputes are in play even in the smallest community conflicts. The converse is also true: lessons learned through community mediation, for example in South Africa, are applicable to the most complex and largest conflicts to be found on the continent. Together, the eleven chapters in this publication, in addition to the prologue and epilogue, suggest that a comprehensive assessment of efforts and investments in conflict resolution and peace studies in Africa since the mid-1990s is due in order to identify lessons and challenges, as well as best practices.

Just as conflict dynamics are comparable between African conflicts, whether large or small, local or international, so are alternative dispute resolution processes. Effective approaches to resolving large-scale conflicts and civil wars are effective at the community level, and ineffectual techniques at the community level are just as likely to be counter-productive in mediating international disputes. While there may be some differences in mediating macro- and micro-conflicts (such as the time required, the need for negotiation teams, and the complexities of agenda development or pre-negotiations), as far as the mediation process is concerned, the differences are more like variations on a theme than real substantive dissimilarities. This volume provides case studies of programs and policies, and legislations on alternative dispute resolution and peace building, and examines and proposes some new, promising ideas for conflict prevention, as well as maintenance of peace, justice and security in Africa.

Ernest Uwazie, PhD, is a Professor of Criminal Justice and Director of the Center for African Peace and Conflict Resolution at California State University, Sacramento, California. He teaches courses on comparative justice, dispute resolution and restorative justice, minorities and justice, among others. He is a renowned ADR (Alternative Dispute Resolution) mediation trainer, practitioner, scholar, and system designer. Some of his publications include “Indigenous disputing modes among the Igbos” in the Journal of Legal Pluralism (1994); Interethnic and Religious Conflict Resolution in Nigeria (co-edited with G.N. Uzoigwe and Isaac Albert) (1999); “Social relations and peacekeeping among the Igbo” in Traditional Cures for Modern African Conflicts (2000); “Political Parties and National Integration in Nigeria” in The Politics and Policies of Sub-Saharan Africa (2001); Conflict Resolution and Peace Education in Africa (2003); Contemporary Issues in African Studies: A. Reader (as editor) (2011); “The Role of Higher Education in Conflict Resolution and Peace Education: Challenges and Prospects for African Universities”, in Journal of International Politics and Development (2010); and “Alternative Dispute Resolution in Africa…” (2011), in Africa, Security Brief No. 16, of the Africa Center for Strategic Studies of the National Defense University.